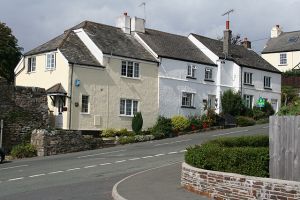 Brixton is an attractive village in south Devon, near Plymouth, that bills itself as the Gateway to the South Hams. Three miles away is the stately home of Saltram House. The parish church of St Mary is primarily 15th century, with some older work.

Historically Brixton was linked to nearby Plympton. After the Norman Conquest, the manor was granted to the Norman family of de Britrickstone, who gave their name to the village. Into the 12th century, Brixton had no church but was dependent upon the Augustinian priory at Plympton, who sent visiting priests to serve at a small chapel.

This early medieval chapel was later incorporated into the body of St Mary's church when it was enlarged in the 15th century. Victorian restoration, unfortunately, destroyed much of the medieval fabric.

One historic remnant is a 15th-century window inserted in the vestry wall which is thought to have come from the manor house at Spriddlestone.

A short distance away from the church is Church House, thought to have been the parsonage, which dates to the late medieval period and may have been built at the same time as the church was enlarged.

If you fancy a cold pint, try the Foxhound Inn, a traditional country pub on Kingsbridge Road, built in the late 18th century.

On the Main Street is Brixton House, a late 18th-century building with a west front added in 1835 by Henry Collins-Splatt, whose monument can be seen in the church. Just south of the village is the mansion of Kitley House, now a luxury hotel.

The House was built by Thomas Pollexfen in early Tudor times, possibly between 1457 and 1509. Perhaps the most famous (or infamous) owner was Lt Colonel Edmund Bastard, who eloped to Gretna Green with an heiress named Jane Pownoll. The couple made sure they would not be pursued by hiring out every carriage in Plymouth. According to legend, the poem Old Mother Hubbard is inspired by the resident housekeeper at Kitley.

More self catering near Brixton >>

More bed and breakfasts near Brixton >> 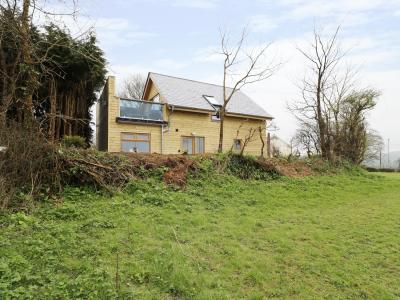