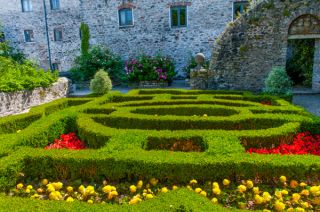 In a quiet little courtyard off New Street, behind a row of 16th and 17th-century merchants' houses in the heart of Plymouth's historic Barbican district, is this delightful recreation of a walled city garden, planted with historic plant varieties to recreate an authentic Elizabethan garden.

There are actually not one but four gardens, linked by passages and stairs, created in the ruins of 'backland' cottages (small dwellings built into the back gardens of the merchant houses). The Plymouth Barbican Association created the gardens in 1970 out of the derelict ruins of the cottages, to mark the 350th anniversary of the Mayflower sailing from Plymouth harbour. The gardens were designed by Alan Miller-Williams in conjunction with horticultural expert Iris Webb.

The four garden areas include an old-fashioned rose garden, a knot garden defined by box hedges, a formal water garden centred around a circular pool, and a lawn garden. An extra bit of historical context is provided by a 17th-century doorway from the Hospital of Poor's Portion (a private charity established in the 16th century to instruct poor children in skilled labour), and a tympanum with a very fine carving of a ship under sail. 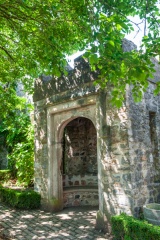 The area around New Street was inhabited by well-to-do merchants in the 16th century. The houses lining the street had pleasant gardens extending to the rear. As time went by the merchants and tradesmen of New Street built small cottages on their back gardens to house workmen. Plymouth grew so much over time that the merchants of New Street left for more pleasant surroundings on the edge of town, leaving the area around the Barbican to decay into a dreadful slum.

After the devastation of World War II, the city council was desperate to build enough new houses all those destroyed in bombing during the war. They decided to destroy the Barbican houses, even those of historical value. The Government's position was given added weight when the Public Health Officer declared the New Street buildings unfit for human habitation.

The national Government even offered a subsidy in exchange for every old house that was destroyed. The city council planned to clear a large area from Lambhay Hill to Southside Street, sparing only one building at 32 New Street.

However, the prospect of the historic properties near Plymouth harbour being destroyed raised a public outcry, and the Plymouth Barbican Association was formed. They managed to purchase and restore houses of historical value, but the tenement cottages behind them were removed and the garden area restored as it might have looked over 400 years ago.

I didn't know what to expect when I ducked through a doorway on New Street and climbed a set of stairs to the gardens. What I found was a delightful space, a real oasis of peace and calm, with shade from the sun and quiet benches for sitting and relaxing. It was especially fascinating to look at the backs of all the historic buildings from the gardens, seeing the side of 16th and 17th-century houses that you don't ordinarily get a chance to see. 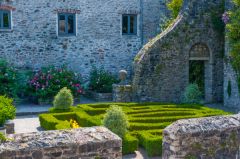 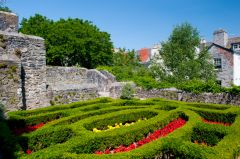 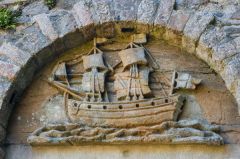 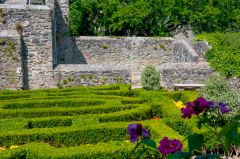 More self catering near Elizabethan Gardens >>

This immaculate single storey cottage is in an incredible setting and sleeps up to two people in one bedroom.
Sleeps 2