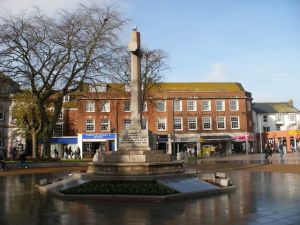 Exmouth is a seaside resort at the mouth of the Exe River. There are over two miles of sandy beaches, with fascinating rock pools at low tide, and a small harbour for fishing boats and pleasure craft. The town is a perennial winner in floral competitions.

The first signs of permanent settlement at the mouth of the River Exe come from the 11th century, but a find of 6th century Byzantine coins suggests there was trading activity here shortly after the Roman left Britain.

The town is a combination of 2 ancient Saxon parishes; Withycombe and Littleham. A dock was built at Pratteshide around 1240. Exmouth was a busy fishing town, and it was from the small harbour here that Sir Francis Drake, born just a few miles away, sailed on several of his voyages.

The story of modern Exmouth really begins in the 18th century, when the town at the mouth of the Exe became the first seaside resort in Devon, a popular place for fashionable society to mingle and take the sea air.

Visitors came to sample the salt water, which was believed to hold medicinal value, and to enjoy the superb coastal views. Visiting the seaside became much more fashionable after Europe was too dangerous during the Napoleonic Wats, and Exmouth benefited from the holidaying visitors. Some of the best houses were on The Beacon, including No. 9, where Lady Byron and her daughter stayed. The house was later transformed into the Byron Hotel.

The population of Exmouth surged again when the railway came in 1861 and hordes of visitors took advantage of rail transport to enjoy the seaside.

You can follow a handy blue plaque heritage trail around town, taking in many of the historic buildings and telling the story of the people who visited and lived in Exmouth over the centuries. You can learn about the town's heritage at the Exmouth Museum.

The town boasts a mix of historic buildings, mostly 18th-19th century. The Withycombe area has some older cob cottages as well. Holy Trinity church is a local landmark; it was built in 1823 on the site of an earlier 18th-century church, itself standing on the foundations of a medieval chapel dating to 1412. The impressive sea-wall was built in 1841, and creates a lovely promenade along the shore.

One of the most popular visitor attractions is A La Ronde, on the edge of town This peculiar 16 sided house dates to the 18th century and features an upstairs chamber lined entirely with seashells. The design of a la Ronde is said to be modelled on the Basilica of San Vitale in Italy. Speaking from personal experience, it is an amazing place to visit! 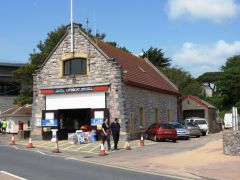 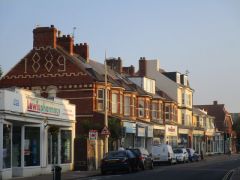 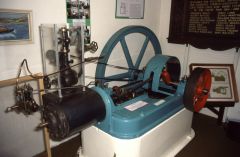 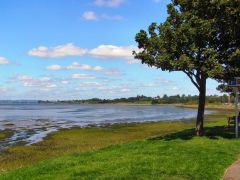 More self catering near Exmouth >>

More bed and breakfasts near Exmouth >> This spacious three-storey townhouse is situated in the Devon seaside town of Exmouth and can sleep eight people in four bedrooms.
Sleeps 8 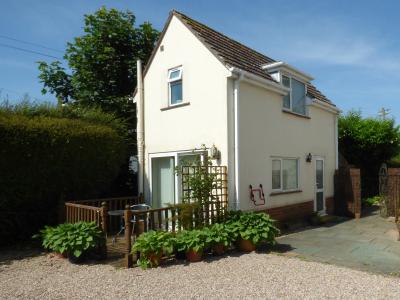 A bijou cottage set on the outskirts of the town of Exmouth in Devon, sleeping two people in one bedroom.
Sleeps 2