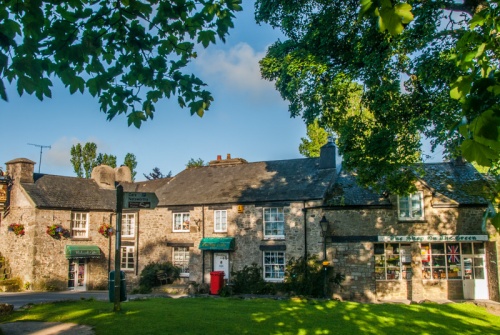 Widecombe-in-the-Moor (usually referred to as simply 'Widecombe') is a picture-perfect Dartmoor village located in a green dell below rocky tors. Widecombe and its fair were made popular by a famous song, where 'Uncle Tom Cobley and all' were on their way to Widecombe Fair. The fair is still held annually in September.

The medieval parish church of St Pancras is known as the Cathedral of the Moors. It boasts some beautifully painted roof bosses, including four Green Men and a traditional 'Three Hares' symbol of three rabbits sharing three ears between them. The Three Hares, also known as Tinners Rabbits, were the symbol of the Cornish miners, emphasising the importance of mining to the local economy.

A few steps away from the church is 16th century Church House, now owned by the National Trust. Church House was built to offer food, ale and rest to local people who travelled great distances over the moors to attend church services. 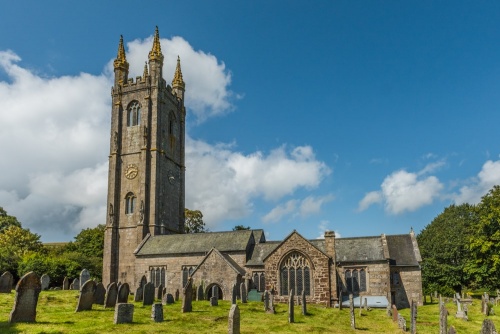 St Pancras Church, the Cathedral of the Moor

Immediately uphill of the Old Pig House is a small well under a triangular structure. This is commonly known as Saxon Well. The name suggests that the well has been here for over 1000 years, though in fact very little is known about its history.

The wellhead structure dates to at least the 17th century. Local tradition suggests that the well water has healing properties, particularly for eye complaints, and that it never runs dry. Though it is sometimes called a holy well, it has never been linked to any particular saint.

A legend says that the Devil stopped at Saxon Well in 1638. He drank deep from the well, but the cold water caused his fiery throat to sizzle. He went on to the church where he seized a sinner who had fallen asleep during a church service, toppled a tower pinnacle, and hurled a ball of fire at the church.

This legend masks a very real tragedy that [literally] struck St Pancras Church in 1638 when lightning hit the tower, causing a pinnacle to topple onto the nave during a service. Four people were killed and another 60 injured in the 'Great Thunderstorm'. 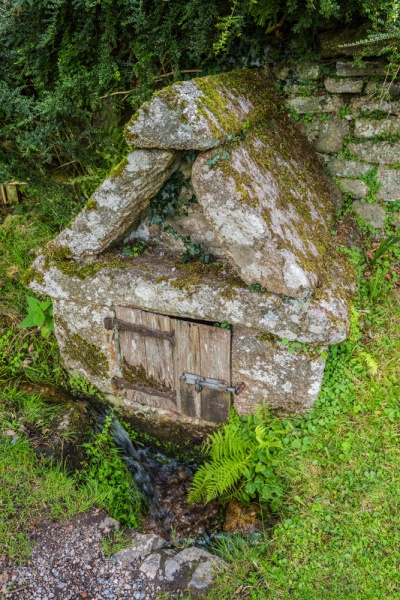 According to the song, a band of seven moor residents borrowed a mare from Tom Pearce so they could ride to Widecombe Fair. The assumption is that all seven rode on the mare at the same time. There are various versions of what happened next, but one version is that the men enjoyed the fair, drank copiously at the inn, then all climbed on the poor horse to make their return.

The mare valiantly made it up the long, steep hill out of Widecombe before it collapsed and died. According to the song, the mare's ghost can be seen 'when the wind whistles cold on the moor of the night'.

The village sign, opposite the large green, has a sculpture of seven men mounted on a mare, led by an eighth man.

Is there any truth to the story related in the Widecombe Fair song? 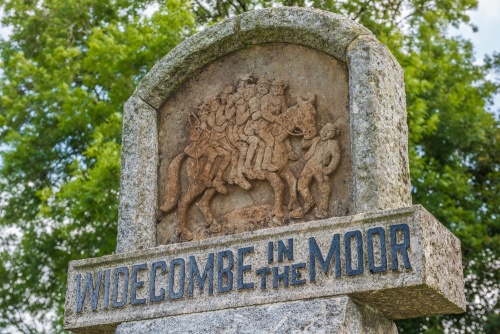 The village sign, showing Uncle Tom Cobley and all riding the mare

But when it comes to Uncle Tom Cobley, historians ran into trouble, for more than one Thomas Cobley lived in the village of Spreyton, about 16 miles to the north of Widecombe. The most likely Tom Cobley is thought to have made his famous journey to the Fair in 1808, and even more, he is said to have written and composed the song himself on his return from Widecombe.

Years later, his richly carved medieval chair came up for sale at an auction. It is now on display at the village gift shop just south of the Old Inn. The chair is over 500 years old and is beautifully carved with geometric patterns, human figures and strange beasts. Visitors who would like to photograph Uncle Tom Cobley's chair can do so by making a small donation to a local charity. Just ask at the shop counter.

But would the real-life song characters have tried to ride on the mare's back at the same time? It seems highly unlikely. Much more probable is that they took turns riding the mare while the others walked and chatted. Which would make the mare's death pure bad luck, not the result of seven drunken fairgoers foolishly trying to ride her at once. 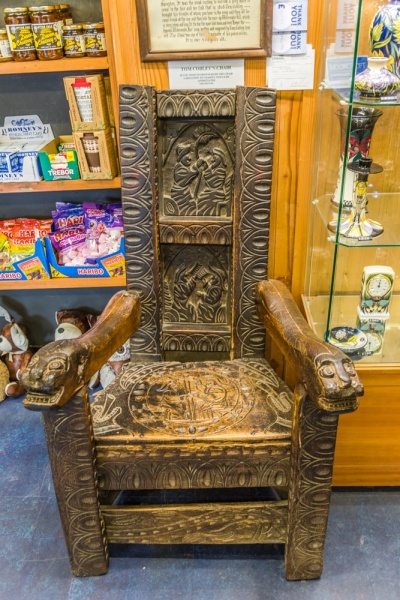 Widecombe is perfectly situated for many of Dartmoor's most popular walking trails. Just a few miles distant is Hound Tor, where a deserted medieval village lies below the rocky peak of the tor. Four miles distant is Grimspound, a Neolithic village enclosure. About the same distance away is Hound Tor Deserted Medieval Village, the site of a small village under the shadow of Hound Tor. Both historic sites are under the care of English Heritage.

On a relaxing note, I can highly recommend the 16th century Old Inn in Widecombe. When I visited, the landlord was extremely friendly and knowledgeable about the local area, and I enjoyed an excellent cold pint of local brew in a sunny courtyard looking over the village green.

Widecombe-in-the-Moor is on the B3387 roughly six miles west of Bovey Tracey. There are two parking areas; one just before you reach the village green, with public toilets, and the other, a seasonal car park just off the green, without facilities. 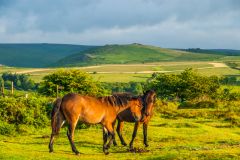 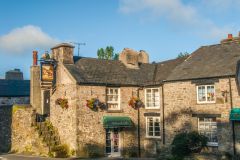 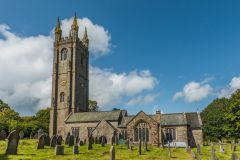 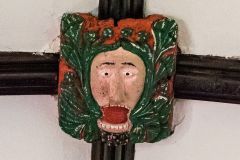 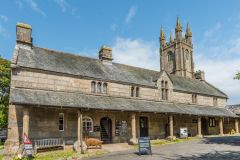 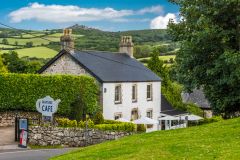 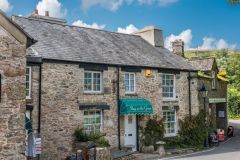 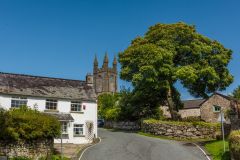 More self catering near Widecombe-in-the-Moor >>

More bed and breakfasts near Widecombe-in-the-Moor >>