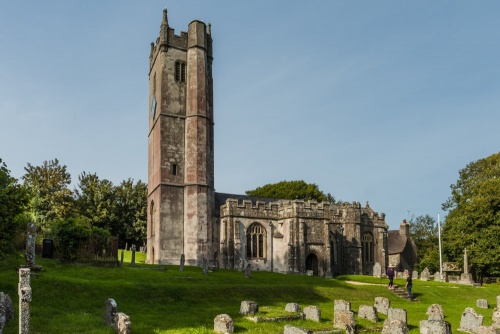 The delightful medieval church in Manaton, Dartmoor, is one of just six in England dedicated to St Winifred, a 7th-century Welsh princess and the patron saint of virgins. The church we see today dates to the 15th century but there has been a church in Manaton since at least 1265.

A few of Manaton's rectors have been 'interesting' characters. Rev John Nosworthy was a Dissenter who took over the living of Manaton under Oliver Cromwell. When the monarchy was restored in 1660 Rev Nosworthy had to be physically ejected since he refused to leave voluntarily.

Worse was to come in the early 20th century when Rev John Sanders was found guilty of selling an Elizabethan chalice belonging to the parish. The disgraced rector was deprived of office by the Bishop of Exeter. 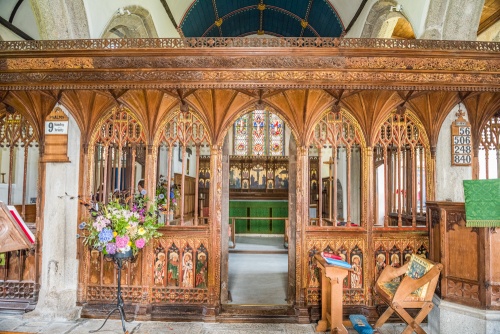 The outstanding painted rood screen, circa 1500

North and south aisles were added later in the 15th century and a west tower later in that century. The tower was almost split in two when it was struck by lightning in 1779. Falling stonework damaged the chancel and most of the medieval glass was destroyed.

The only fragments of medieval glass to survive the lightning strike are gathered in the middle north aisle window where you can see likenesses of Peter, Andrew, James, and John.

The tower holds a ring of six bells, three of them medieval. One was cast around 1500 and two more were cast around 1440 by Johanna Hil, the widow of a London bell-founder. One of these 15th-century bells is dedicated to St George, the patron saint of the Manaton Guild of tinners.

There are several 17th-century grave slabs embedded in the chancel, aisles, and nave floors. 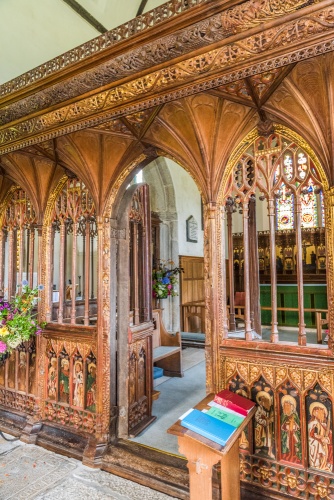 Another view of the chancel screen

The most interesting historical feature of St Winifred's Church is the restored Tudor rood screen. The beautifully painted and gilded screen was erected around the year 1500.

The choir screen was probably the earliest part to be painted. From north to south this section depicts st Ursula, St Nicholas (Santa Claus), and six apostles - Andrew, St James the Less, Matthias, St James the Great, St Bartholomew, and St Paul, recognisable by his sword and book symbols. The doors depict the Four Doctors of the Church; Pope Gregory, Jerome, Ambrose, and Augustine.

The Doctors are followed by more apostles; Peter, Thomas, Philip, and Simon, then, oddly, another figure of Philip followed by St John, St John the Baptist, and St Barbara. 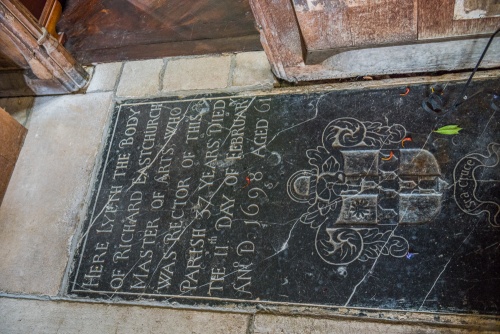 The south aisle screen is much more worn, but even here you can identify St Apollonia, a Madonna and Child, St Lawrence, St Mary Magdalene, and St Margaret of Antioch.

Much more interesting is the north aisle screen, which was painted several decades after the choir screen, sometime around 1520. It was almost certainly painted by the same artist who also worked on the screens at Alphington and Cheriton Bishop around the same time. Figures here include St Helena, the mother of Emperor Constantine, an unknown female saint, Blaise, and a pilgrim saint.

All of the 16th-century figures have been defaced - literally, for their faces were gouged in accordance with Edward VI's decree of 21 February 1548 that all superstitious images in churches were to be taken down, defaced, or painted over. 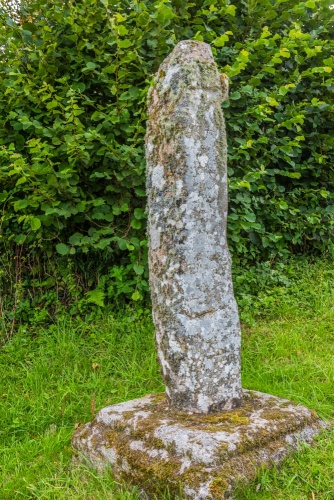 One of the woodcarvers working on the south aisle screen left a 'signature' behind. Look for the figure of a small bird, almost lost amidst the surrounding tracery.

Despite the efforts of iconoclasts, Manaton's screen is in an exceptional state of preservation and is a delight to see.

In the churchyard is a yew tree thought to be the largest and oldest in Dartmoor. At the western end of the churchyard is a worn medieval cross, discovered at a nearby farm. This may be the same cross that was removed in the 1840s when the rector objected to it being the focus of a traditional ceremony where a coffin was carried three times around the cross before burial.

On the eastern side of the churchyard, near the lych gate, stands a late-medieval church house.

Manaton is a village in two parts, reached by minor roads off the A382 between Moretonhampstead and Bovey Tracey. The hamlet of Water, to the south-east of the old village centre, forms part of the village and has grown larger than the original settlement. Manaton itself is little more than a cluster of thatched cottages around a long, narrow green, with St Winifred's Church set back from the west side of the green. There is room for several vehicles on the south side of the green. 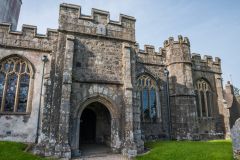 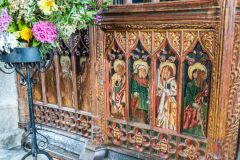 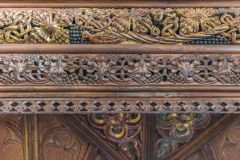 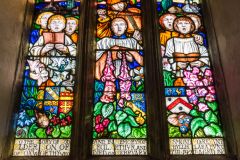 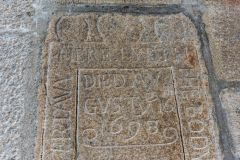