HERITAGE HIGHLIGHTS:   One of Dartmoor's most accessible clapper bridges 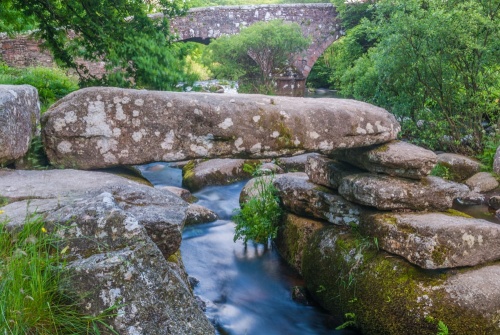 Beside the road bridge across the East Dart River at Dartmeet is one of Dartmoor's famous clapper bridges. The Dartmeet clapper bridge is one of the easiest bridges to visit on Dartmoor. It is just 20m from the 18th-century bridge that carries the B3357 to Two Bridges.

There is a parking area off the north side of the road on the east bank, with a very short stroll to the clapper bridge. 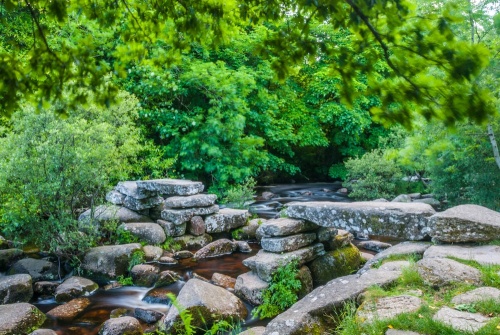 The clapper bridge from the 1792 bridge

The name Dartmeet neatly sums up this hamlet where the East and West Dart rivers meet. There are two bridges; the clapper bridge, and the current road bridge, built in 1792.

Clapper bridges are notoriously hard to date accurately and may range from the Bronze Age to the medieval period. Historic England cautiously says that the Dartmeet bridge is 17th century 'or earlier'.

The bridge was made with five spans supported on piers and abutments of natural stone boulders piled on top of one another without mortar. The central three clapper stones were washed away in a flood on 4 August 1826, leaving the stone piers behind. The remaining two clapper-stones nearest each bank of the river are still intact despite a second major flood in 1888. 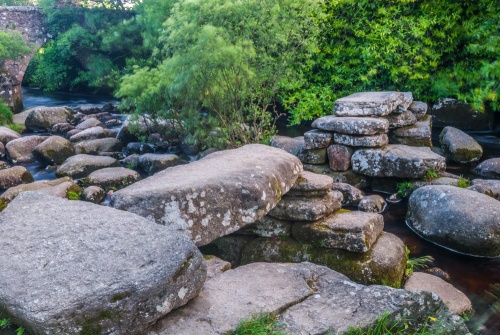 Looking across the bridge from west to east

What is a Clapper Bridge?

Clapper bridges are a feature of the Dartmoor landscape. They are very simple bridges made by laying large, flat boulders on piers of piled stones. The clapper-stones that span the piers are often extremely large and heavy, suggesting that it took a considerable community effort to put them in place.

Most clapper bridges are very narrow, only wide enough to carry a packhorse or a solitary traveller. 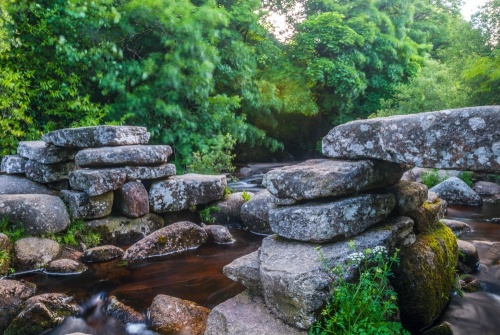 Unfortunately, this being Dartmoor, many of the clapper bridges have had all or part of the stone spans swept away by floods over the years, but there are still many intact examples left to enjoy.

Immediately downstream of the two bridges at Dartmeet is Huccaby Cleave, where pixies are said to dwell in a cave. It seems likely that stories of pixies were a local invention to add allure to Dartmeet when it first became a popular beauty spot and a destination for visitors in the Victorian period. 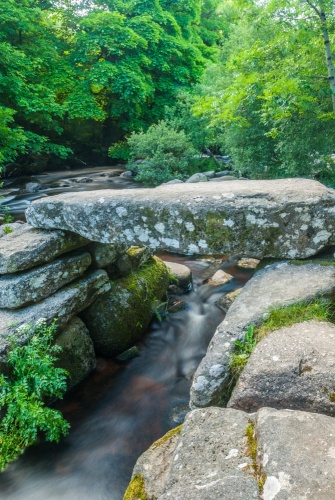 Self Catering near Dartmeet