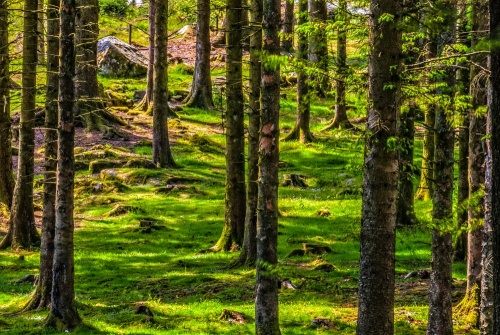 Bellever Forest is a woodland plantation on the River Dart, a few miles from Postbridge. The forest is now a nature reserve owned by Forestry England, offering walking trails, the chance to see Dartmoor ponies, archaeological sites, and access to Bellever Tor.

The forest was begun in 1931 by the Forestry Commission. The Commission purchased Bellever Farm from the Duchy of Cornwall and began an ambitious planting scheme, creating a large coniferous forest that surrounds Bellever village on three sides. 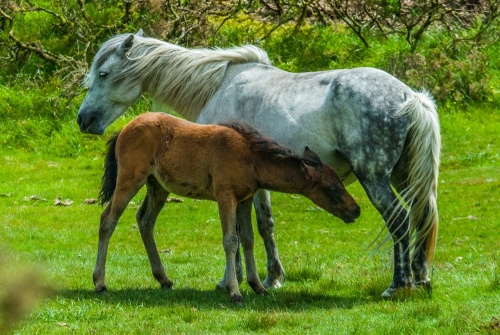 There is a popular picnic area by the river, where more adventurous visitors will be found swimming in the summer months. There are two major archaeological sites in and near Bellever Forest, both occupying the top of Lakehead Hill. Lakehead Hill Stone Rows (Bellever Stone Rows) and Bellever Cairn Circles and Cists.

The stone rows are just what they sound like; long rows of standing stones. Dartmoor has 60% of all stone rows in the UK. There is another easy to access stone row at Merrivale, near Princetown. The stone rows are just off the Lych Way (Lichway), an ancient track that runs past the tor at the top end of the woodland. Also reached by the Lych Way is an area of burial sites, including stone-lined cists and groups of cairns. In addition, there are several ancient hut circles in the forest itself.

A new heritage trail from Postbridge known as the History Hunter’s Trail leads visitors on a 1.3km circular route to six of the major prehistoric sites in and around Bellever Forest. The trail is aimed at families, with an information sheet available from the visitor centre at Postbridge. 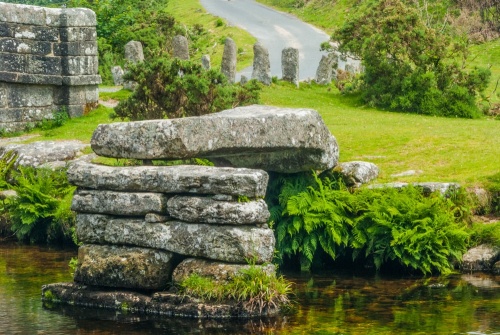 Remains of the Bellever clapper bridge

The Dartmoor Pony Heritage Trust maintains a herd of resident Dartmoor ponies at Bellever. The ponies graze the woodlands, helping control vegetation and create a grassland environment that supports a wide variety of wildlife. The ponies are heritage registered, and it is important to keep gates in the forest shut to avoid cross-breeding of the ponies with other breeds. And though it may be tempting, please do not feed the ponies!

Bellever is known for its ruined clapper bridge, which can be seen beside the modern road bridge just east of the forest entrance. The central slab of the clapper bridge has been lost, leaving only pilings and slabs on each bank. No one is quite sure how the central clapper was lost, but one story is that a local man toppled it into the water as a prank. That can't be the whole story, though, because the clapper has completely vanished from the river bed.

Most people come to Bellever to enjoy walks along the River Dart and through the beautiful forest. There are four signposted trails leading through the woodland. Be sure to wear good waterproof hiking boots, as the routes through the forest can get boggy in wet weather. 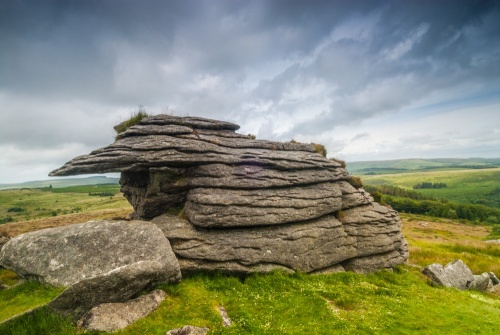 Take the B3212 between Moretonhampstead and Yelverton. Turn off at Postbridge to Bellever village. As you enter the village turn left at a triangular grass island and you will see the Bellever Forest entrance on your right after roughly 130m. There is a pay and display parking area. There are also toilet facilities - though the last time we visited these were closed, so don't count on them! 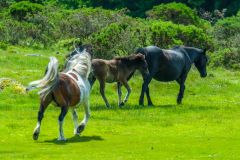 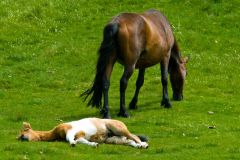 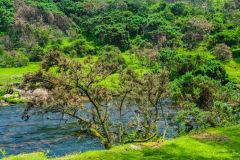 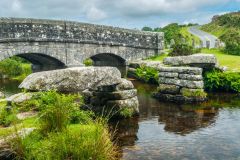 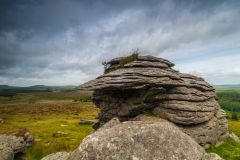 About Bellever Forest and Clapper Bridge
Address: Bellever, Postbridge, Dartmoor, Devon, England, PL20 6TP
Attraction Type: Countryside
Location: Via a minor road off the B3212 at Postbridge. Bear left at the triangular green in Bellever and the forest entrance will be ahead on your right. Pay and display parking.
Website: Bellever Forest and Clapper Bridge
Forestry England
Location map
OS: SX655770
Photo Credit: David Ross and Britain Express

More self catering near Bellever Forest and Clapper Bridge

More bed and breakfasts near Bellever Forest and Clapper Bridge