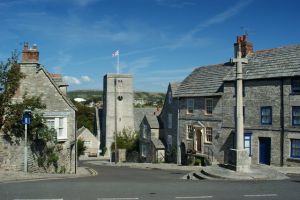 Swanage is a resort town in the Purbeck area of south Dorset, blessed with a wide, sandy bay, and well suited to sailing and fishing. In AD 878 a great naval battle took place off Swanage in which King Alfred defeated a fleet of Danish ships.

From the time of the Roman occupation, Swanage relied for its prosperity on quarrying the local Purbeck stone, which was highly prized as a decorative building material, and was used in many of England's great buildings. When the Romans left around AD 410 the quarrying ceased, only to become popular once more in the 12th century for the internal columns of churches.

The architecture mainly dates to the late 19th century, at the time when Swanage really grew in popularity as a seaside resort. Until that time Swanage was little more than a small fishing port. During the Victorian period, holiday makers flocked to the area, and Swanage became one of the most popular seaside resorts in the country with wealthy visitors building attractive seaside villas.

The transformation of Swanage owes much to one man, a local MP by the name of William Morton Pitt. In the early 19th century Pitt opened a luxury hotel, later renamed the Royal Victoria Hotel after Princess, later Queen, Victoria stayed here in 1833.

One of the few buildings to survive from the days before Swanage was a Victorian resort is the 13th-century church of St Mary, which looks down on The Mill Pond, built by Swanage native John Mowlem, founder of the Mowlem building company. The tower is 14th century, but much of the rest was rebuilt from 1860. Look for memorials to local sailors and a monument commemorating the victory of the warship Defiance over a French ship in 1758.

In 1882 Mowlem built a monument on the promenade to celebrate King Alfred's victory over the Danes. With great artistic license and disregard for history, the monument is capped by a stack of cannonballs, which would not be used at sea for at least 500 years after Alfred's victory.

Mowlem, and his nephew George Burt, accumulated monuments in London and brought them to Swanage as ballast in ships carrying Purbeck stone to the capital. One of the monuments brought to Swanage by Mowlem was the clock tower at Peveril Point, which originally stood at the end of London Bridge.

Burt transformed quarries on Durlston Head into a large country park, where he erected the folly known as Durston Castle in 1886. Though it looks like a Victorian Gothic mansion, the 'Castle' was intended as a restaurant for visitors to the estate. Near the Castle is the Great Globe, built by Burt in 1887. The Globe is a huge stone orb of Portland stone carved to depict a globe of the world.

Outside Swanage are the striking chalk cliffs of Old Harry Rocks, reached by a footpath from the medieval church at Studland.

Swanage is at the eastern end of the Jurassic Coast, designated a World Heritage Site, famous for its rich fossil deposits and attractive coastline. 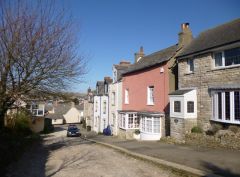 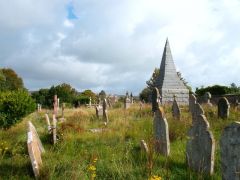 More self catering near Swanage >>

More bed and breakfasts near Swanage >> 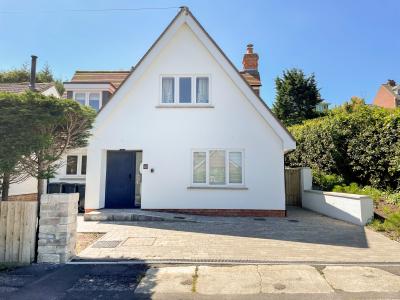 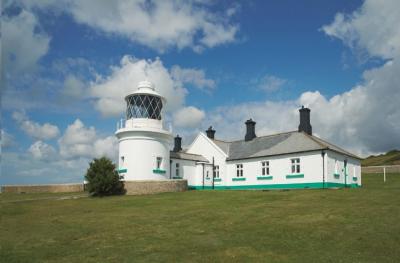