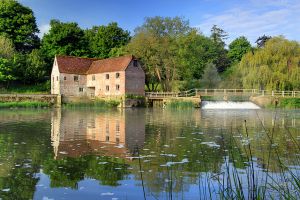 Sturminster Newton is a market town on the River Stour. The town gained a charter in 1272, two centuries before the medieval six-arch bridge was built joining Sturminster to Newton. Thomas Hardy lived for a time in Sturminster Newton, and wrote much of his novel, The Return of the Native, while a resident at Riverside house. Another famous resident was William Barnes, a popular Dorset poet.

The town dates to at least the 10th century; a record in AD 968 records the grant by King Edgar of an estate at 'Nywetone at Stoure' to Glastonbury Abbey. It seems likely that Sturminster was an important minster, or administrative centre for a large area, since the 8th century.

The town was famous for a cattle market which was the largest in Europe at the time. The market was established in 1219 but finally closed in 1997 and the site is marked by a monolithic memorial.

The parish church of St Mary is a late 15th-century building in Perpendicular style. It was built in 1486 on the site of an earlier church, under the orders of the powerful Abbot of Glastonbury, who owned the church for over 500 years. Only the finely carved wagon roof and the striking west tower survive from the medieval period.

Most of the remainder was remodelled again in 1827 when Rev Thomas Lane Fox was named curate Fox was possessed of a huge fortune, and immediately set about remodelling the church, knocking down the medieval nave and chancel and creating a much larger building on the same site.

Two of the stained glass windows were designed by Mary Lowndes, the first known female stained glass maker in Britain. Another window was designed by Arts and Crafts artist Henry Clarke, who is better known as a book illustrator.

Somewhat hidden on the hillside are the ruins of Sturminster Newton Castle, a 14th century fortified manor house on the site of a Roman mound. The remains of the manor are scanty, and stand roofless, but still to a great height.

The architecture of Sturminster is a pleasing mix of thatched cottages, Georgian elegance, and Victorian brick buildings.

There has been a mill on this site by the River Stour since Saxon times. The Domesday Book of 1086 mentions 4 mills near Sturminster. The oldest part of the present L-shaped mill building dates to the early 17th century, but it probably incorporates bits of a much, much older mill. One wing of the L was originally a separate fulling mill added in 1611.

The fulling mill was torn down in the late 18th century, but the foundations were kept intact and a new building erected on the same plan as an extension to the main mill. The mill was powered by a pair of undershot water wheels driving 4 pairs of grinding stones. In 1904 the water wheels were converted to a single water turbine. There are regular milling weekends, and you can purchase stoneground wholemeal flour ground on site.

Near the Mill is the six-arched Town Bridge across the River Stour, built around 1500. The bridge was widened in the 17th century when corbelled pedestrian refuges were added over the central arches. There still exists a law that anyone caught damaging the bridge is liable to transportation for life. Thomas Hardy wrote the poem 'On Sturminster Bridge' to commemorate this ancient bridge.

The Mill is operated by the Museum and Mill Society, who also operate the Museum in a historic thatched building on the Market Place. The Museum has displays on the history of Sturminster Newton, including the cattle market, the milk factory, local writers, and the railway. There are old photos and artefacts from historic businesses including the creamery, which operated for over a century. A large collection looks at the life of local poet Robert Young.

See a working model of the railway station with trains running through it. The Roman Room holds exhibits on local Roman villas including a replica of the mosaic found at Hinton St Mary. The mosaic depicts what is considered the first likeness of Christ in Britain. There is also a large archive useful for researching family history.

Sturminster is home to an annual Cheese Festival, which offers far more than just dairy products to visitors! There is entertainment, local goods for sale, and traditional dances by Morris dancing groups.

Just outside Sturminster Newton is Fiddleford Manor, a wonderfully picturesque 14th-century manor house in a secluded rural setting. The manor is worth visiting for its superb timber roof. 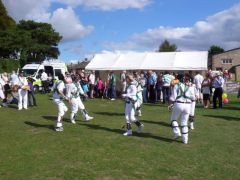 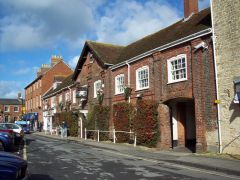 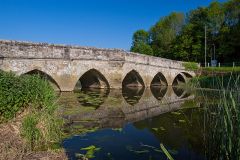 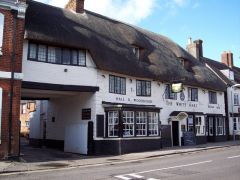 More self catering near Sturminster Newton >> 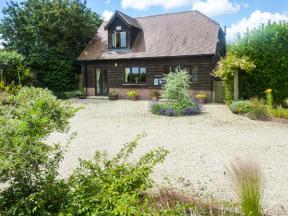 This charming, detached cottage in Fifehead Neville, near Sturminster Newton in Dorset can sleep four people in two bedrooms.
Sleeps 4 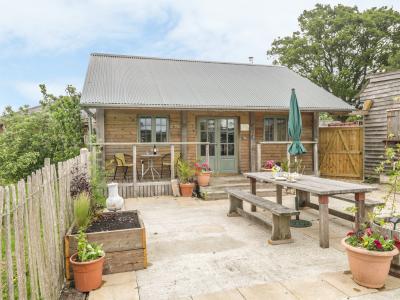 This wonderful cottage is situated in Farrington, Dorset and can sleep two people in one bedroom.
Sleeps 2