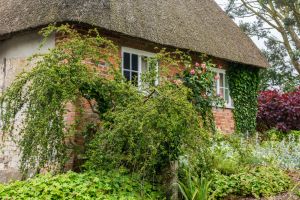 A thatched cottage in Toller Porcorum

The Latin version of Toller Porcorum tells us much about the history of this small Dorset village. Toller is a valley with a stream, while Porcorum refers to the pig breeding that once took place here. The Romans came here in AD 43, and a Roman altar forms part of the font in the 13th-century parish church of St Andrew and St Peter.

The church is known for its 'drooping chancel'. The chancel arch is lopsided, and the chancel body is out of alignment to the south. This misalignment, or droop, is quite intentional and is thought to represent Christ's head leaning to one side on the cross. On the chancel arch is the worn carving of a couple dressed in late 15th-century costume.

As for the font, is in 2 distinct parts. The lower part, decorated with rams head carvings, is very likely a reused Roman altar. The upper part of the font is 15th century.

The village is sometimes known as Great Toller to distinguish it from the hamlet of Toller Fratrum (Little Toller). The connection to pig breeding also gave the village another moniker; Swine's Toller.

A local tradition says that the old vicarage, which now forms part of Toller House's outbuildings, has an underground tunnel to the nearby Old Swan Inn. The secret tunnel is thought to have been used for hiding smuggled goods. As for the inn, it is now a private dwelling.

Another reminder of the past is the disused railway station, which closed in 1975. The station site is now overgrown with foliage, but part of the former railway track have been recreated as public footpaths. The former station house has been rebuilt at Totnes.

Toller Porcorum was a Thankful Village, for it lost no service personnel in World War Two. To commemorate this fact, a pair of bells were hung in the church tower, one carved with the word 'Peace' and the other with 'Thanksgiving for Mercy'.

Within the parish are a pair of nature reserves; at Powerstock Common and Kingcombe Meadows. Both are in the care of the Dorset Wildlife Trust. Kingcombe Meadows is known to conservationists for it has never had modern chemical fertilisers or weedkillers used on it. 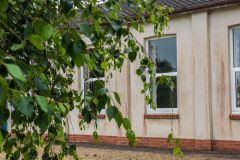 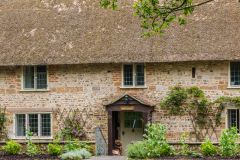 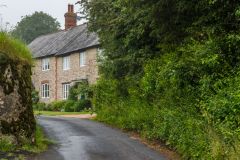 More self catering near Toller Porcorum >>