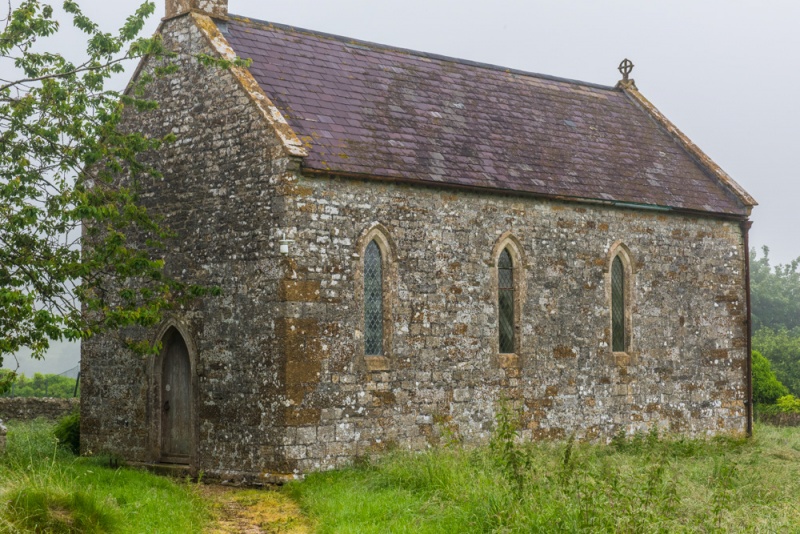 Toller Fratrum is more hamlet than village, situated at the end of a narrow lane off the A356 above the confluence of the Rivers Frome and Hooke. The parish is an ancient one and was held by the Knights Hospitallers of St John of Jerusalem during the medieval period. The name gives a clue as to its history, for it translates as 'Toller of the Brothers', the brothers being the knights of the Order.

The Hospitallers gave the tiny church of St Basil its unusual dedication. Apparently only one other church in England is dedicated to this 4th-century cleric who became the patron saint of hospitals. The Hospitallers maintained storehouses here from the 11th century. Nearby is a thatched building thought to have served as the Hospitaller's refectory.

The church is ancient, though no one seems sure how old it is. Records suggest that it was once much larger, with a ring of two bells in the tower and tombs in the chancel. The building we see today is almost certainly built on the foundations of the Preceptory chapel where the Hospitallers worshipped. The knights would have been buried nearby, though no trace of their burial ground is visible.

The church was rebuilt in the Victorian period but flanking the west doorway are a pair of medieval head-stops. 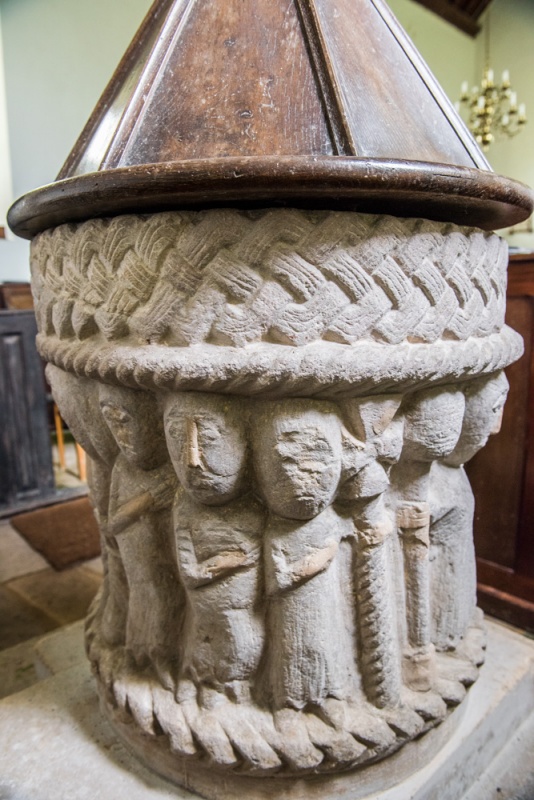 The church is a simple rectangular structure and but for the pointed windows and small western bell-cote you would take it for an unremarkable farm building. Yet within this plain exterior lies one of the great treasures of any English country church, a superbly carved font dating to the late Saxon or early Norman period. Historians seem unclear as to just how old the font is, but what is not in doubt is the remarkable quality of the carving.

The font is a simple tub shape, but the exterior of the tub is carved with figures in high relief depicting Biblical characters and scenes. One figure shows St Michael carrying a cross and leading souls from Hell. Another shows grotesque monsters attacking a man, who stands beside a Golden Calf. Another depicts Moses saving the Israelites at the Battle of Amalekites. You can also make out a monster with one head and two bodies, and a man carrying a staff. Many of the figures have their arms upstretched towards the heavens.

One theory about the font is that the carvings represent a passage from the Book of Revelations, but another theory suggests that it shows scenes from the life of Moses. Yet another theory holds that it depicts Christ and St Michael and some historians think it depicts a 'man-faced Lion of Judah succouring the human race'. Make of those theories what you will, but there is no questioning the utterly superb quality of the carvings. The font is a stunning work of art.

Overshadowed by the Saxon font is another ancient carving, depicting Mary Magdalene washing Christ's feet. If you look closely you can see that she is drying Christ's feet with her hair. The carving is thought to date to the first half of the 11th century. It is part of a much larger carving thought to be similar to one in Chichester Cathedral in West Sussex. 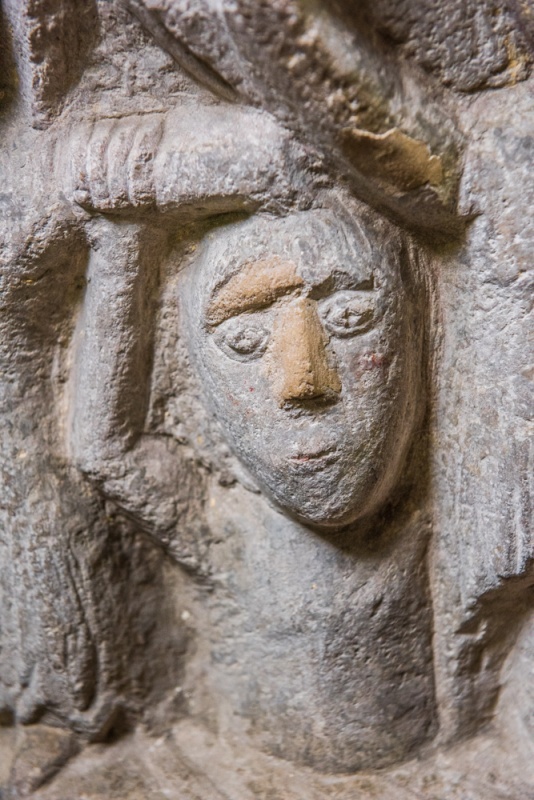 Detail of a carved figure on the font

Written records of priests go back to 1312, when both Thomas de Cricklade and William de Quenington are named. For such a small church it is remarkable to learn that in reports from 1630 it had a chapel of ease, at Winford Eagle, just half a mile away.

Toler Fratrum is located at the end of a narrow lane, signposted off the A356 just west of Tollerford. Just follow the lane until you come to a cluster of houses. There is no dedicated parking area, but the hamlet is so small it won't really matter where you park as long as you leave a space clear for passing. Just follow the small lane uphill from the centre of the hamlet and you will see the church ahead on your right. It is usually kept open for visitors and was open when we visited.

UPDATE
It appears that the church has been made redundant since our last visit. As far as we can determine it remains open to visitors. 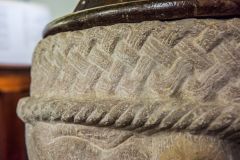 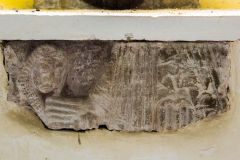 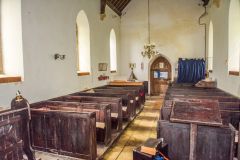 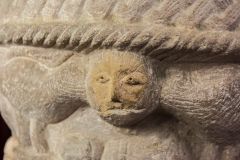 More self catering near Toller Fratrum