HERITAGE HIGHLIGHTS:   Unusual font possibly made from a Roman altar 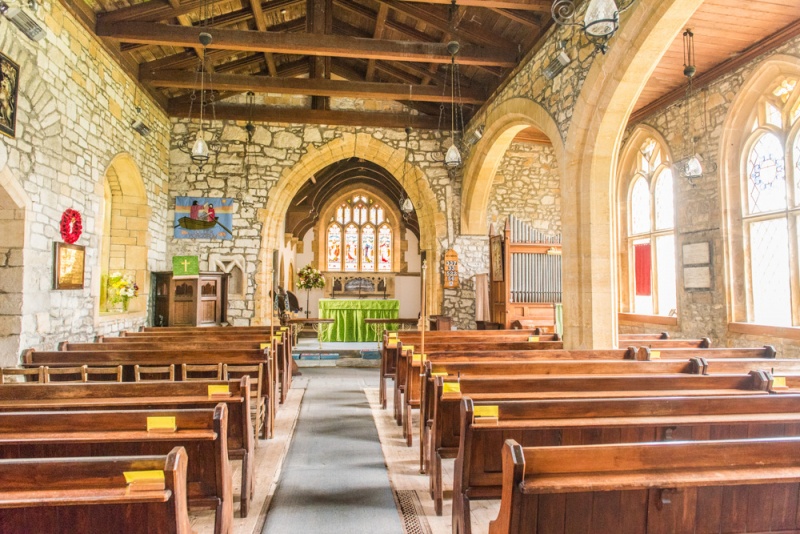 The interior of Toller Porcorum church

The rural village of Toller Porcorum sits in the valley of the River Hooke, about 10 miles north-west of Dorchester. The unusual name comes from two ancient words. Toller is the old name for the river, possibly named for a daughter of King Ethelred. Porcorum is a Latin phrase meaning 'of the pigs', suggesting that hogs were raised here, or possibly referring to the presence of wild boar. Not surprisingly another old name for the village was Swine's Toller.

In the centre of the village, occupying a small hillock, is the medieval church of St Andrew and St Peter (the dedication is sometimes referred to as St Peter and St Andrew, or simply St Andrew).

The oldest part of the church is the tower, built around 1300. Look for four grotesque gargoyles used as drain spouts.

The tower holds a ring of 6 bells, the oldest of which was cast in the 16th century. The final two bells were added in the 20th century as gratitude for the fact that Toller Porcorum was a 'Thankful Village' (it lost no soldiers in WWII). The chancel arch was rebuilt in the late 14th century and the chancel was restored in 1891.

The chancel is offset from the nave, and the chancel arch is lopsided. This is traditional said to be done to represent Christ's head leaning on the cross. The 'drooping' chancel is sometimes an indication that the chancel is built on Saxon foundations, for this style of architecture was common in Saxon times.

Inside the south door is a striking font, made from two separate fonts. The octagonal upper section is 15th century, in Perpendicular style, made of Ham Hill stone, with carvings of flowers and foliage. The lower section is roughly carved from white limestone, with ram's horns at each corner and a shallow bowl. Historians seem unsure how old this font is. Some date it to the 12th century, but another other, more common interpretation, is that it formed part of a Roman altar. 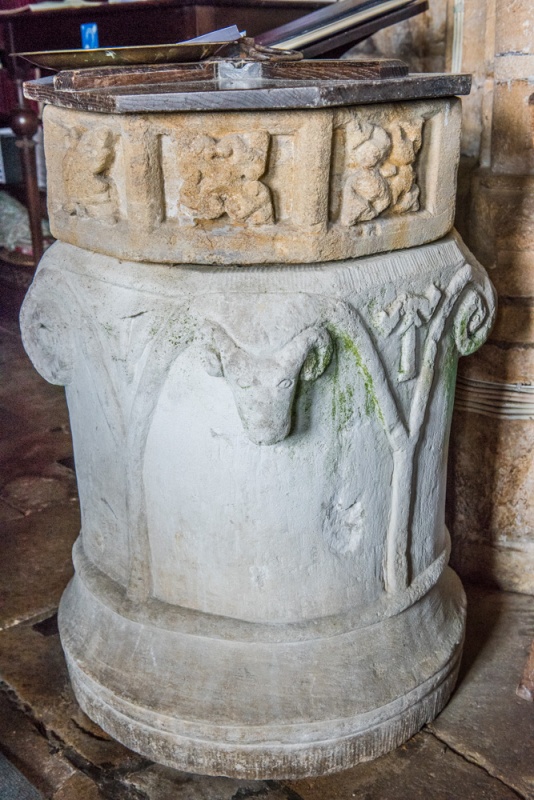 On either side of the chancel arch are carved heads, one depicting a man and the other a woman, woman, dated to around 1470. The couple is likely to be the local lord and lady of the manor, who probably paid for the late medieval rebuilding work. Set into the nave floor is a grave slab to '... Banger, Yeoman', dated 1609.

In the north-west corner of the nave is the old village school bell, used from 1875-1980. Hanging on the north wall is a dedication board detailing a charity established by George Brown in 1774. Above the vestry arch is a royal coat of arms to William IV. The arch itself was originally the north doorway into the church.

In the churchyard are several interesting table tombs, most dating to the 17th and 18th centuries, including one to Matthew Banger (d. 1611). The large north window has a tragedy linked to it. The window was originally the east window and was reset in the north wall. Thomas Legg, who was rebuilding the window in its new position, set his ladder in a wheelbarrow to reach a stone atop the arch. The ladder slipped and Legg fell to his death.

Three windows in the church commemorate the local Pope family, including a window to Edward Pope, who tragically died on his fourth birthday. In the south wall is a stained glass sundial, inserted to mark the millennium.

The Light of the World

William Holman Hunt was a Pre-Raphaelite artist, whose most famous work was 'The Light of the world', showing Christ in an orchard, knocking on a door so overgrown with weeds that it could never be expected to open. The painting was created in 1853 and achieved great fame in the Victorian world, and copies of it hang in houses all over the world. 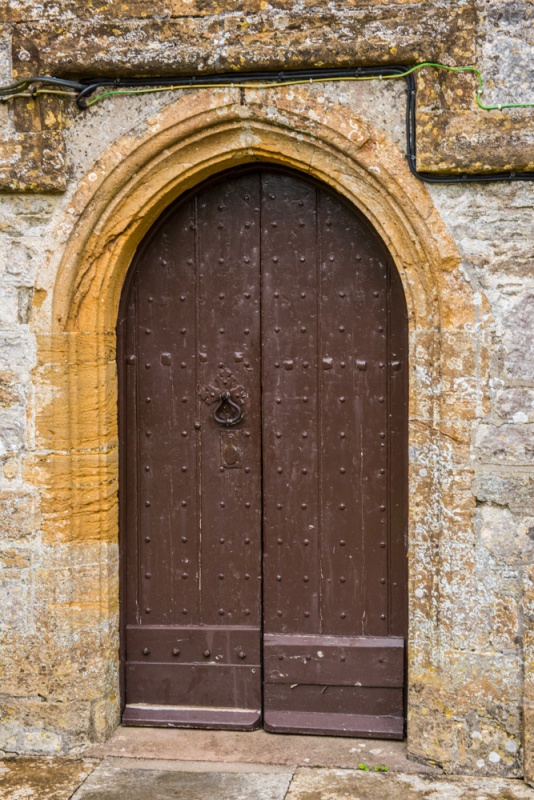 The Light of the World west door

The original was given to Keble College, Oxford, where it still hangs today. In 1903 Hunt visited Oxford and realised that his painting had been damaged. He began painting another on a life-sized scale, which he completed in 1904. This was given to St Paul's Cathedral where it can be seen today.

At that time Hunt was staying at The Cottage, directly across the road from St Andrew's church in Toller Porcorum. It is widely believed that he used the west tower door as the model for the door in his painting. There is a display about The Light of the World and Hunt's links to Toller Porcorum inside the tower.

According to an old local tale, there is an underground passage from the original vicarage (now an outbuilding of Toller House) to the church, and another from the vicarage to the Old Swan Inn across the road. This might seem fanciful, but recent road repairs exposed what appeared to be an underground tunnel between the vicarage and the inn. One theory is that the passage was used for storing smuggled goods. 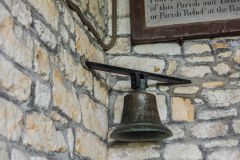 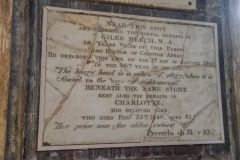 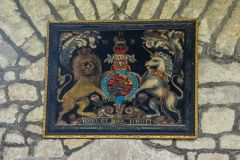 More self catering near Toller Porcorum