HERITAGE HIGHLIGHTS:   The Martyr's Tree on the village green marks the spot where trade union history was made 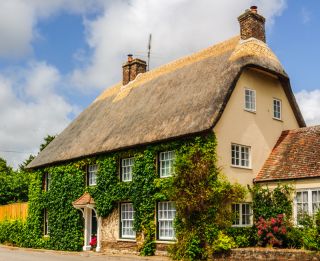 The little Dorset village of Tolpuddle will forever be associated with the birth of trade unionism and six men known to history as the Tolpuddle Martyrs. In 1834, six men, agricultural workers in Tolpuddle, met in secret to discuss forming a union to bargain for better pay. At that time the weekly wage for workers was set at 9 shillings, a figure which really represented little more than starvation wages.

The local squire, alarmed at the prospect of social revolt, convinced Home Secretary Lord Melbourne that charges should be brought against the men, not for forming a union, which was perfectly legal, but for administering a secret oath, which was not. By combining unrelated laws aimed at suppressing revolt in the armed forces, Squire James Frampton was able to get the six men convicted, and sentenced to transportation to Australia as convicts.

The public outcry was such that the government was forced to back down, and after three years the men were eventually exonerated and allowed to return. Their 'martyrdom' is widely regarded as a pivotal moment in the history of trade unionism.

At the west end of the village is the Martyr's Museum, incorporated into a set of six almshouses built in memory of the Tolpuddle Martyr's. Each of the almshouses is named after one of the men. The house where the men met stands on the High Street and is known as Martyr's Cottage.

There is a thatched hut on the triangular green, erected in their memory, and near the hut is the Martyr's Tree, under whose boughs the men gathered. A plaque at the base of the tree commemorates the fact that it has been designated one of 50 'Great British Trees' by The Tree Council.

Only one of the Tolpuddle Martyr's, James Hammett, remained in Tolpuddle after returning from exile, and his grave can be found in the churchyard of St John's church, a short stroll from the green. The church is largely 13th century, and within it, there is an interesting 12th-century grave slab with effigy to a priest named Philip. The slab bears a rhyming Latin inscription which roughly translates as "If any lover of Christ should see this tombstone, let him say, 'Grant rest, O Christ, to Philip the Priest'." 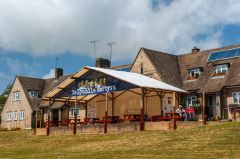 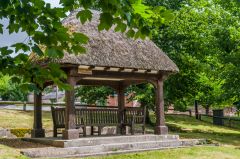 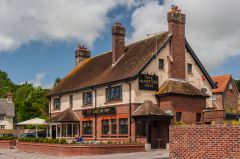 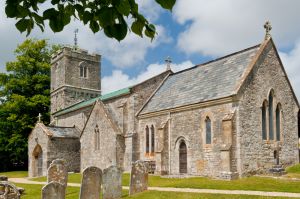 More self catering near Tolpuddle >>

More bed and breakfasts near Tolpuddle >>