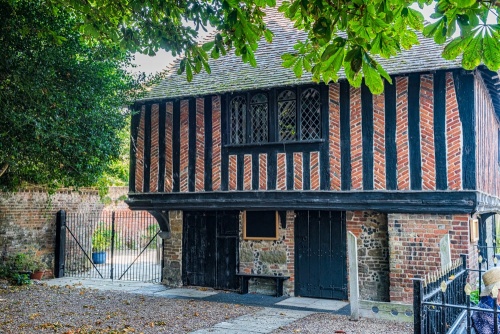 Fordwich is a pretty town on the River Stour, two miles from central Canterbury. Fordwich was once the port for its larger neighbour, but today it is a quiet place, known for its timber-framed town hall.

Though it numbers only 300 inhabitants, Fordwich is officially a town, making it the smallest town in England.

Fordwich was first recorded in 675 AD. Its name means simply a settlement by a ford. It became a burgh, or designated town, during the Saxon era. Henry III granted Fordwich a borough charter, a status it maintained until 1886.

The importance of Fordwich was based on its role as the port for Canterbury. Its importance was further recognised when it became an arm of the Cinque Port of Sandwich. This heritage is remembered each year in a 'Ship Money' ceremony. 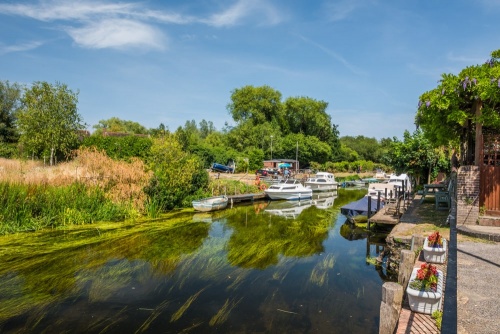 The River Stour runs through Fordwich

The village has some wonderful historic buildings, many of them timber-framed. Among these is the Town Hall, a beautiful brick and timber building beside the Fordwich Arms pub on the riverbank. The town hall is probably the smallest in England; it is certainly one of the prettiest! It can be visited on regular open days.

The parish church of St Mary stands behind the Fordwich Arms, beside the river. This is a lovely old building in the care of the Churches Conservation Trust. Inside the church is the mysterious Fordwich Stone, a solid block of limestone beautifully carved to resemble a tomb. 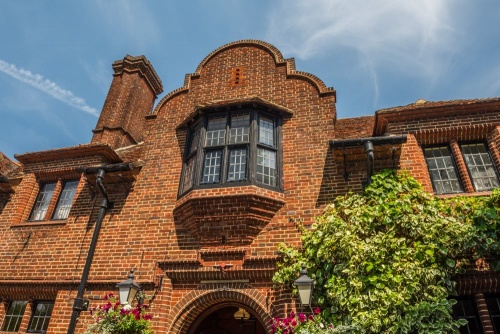 Tradition says that the Fordwich Stone formed part of the shrine that stood over the relics of St Augustine in Canterbury Cathedral. There is nothing to base the tradition on except for the excellent quality of workmanship. It is a magnificent piece of medieval carving, and the carving can be stylistically dated to the 12th century.

The signposted Stour Valley Walk leads along the Stour from Canterbury to Fordwich, a distance of about two miles. This makes a lovely walk, which can be broken with a drink or a meal at the Fordwich Arms, a lovely old riverside inn. 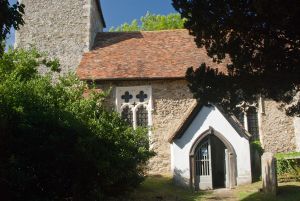 More self catering near Fordwich >>

More bed and breakfasts near Fordwich >>