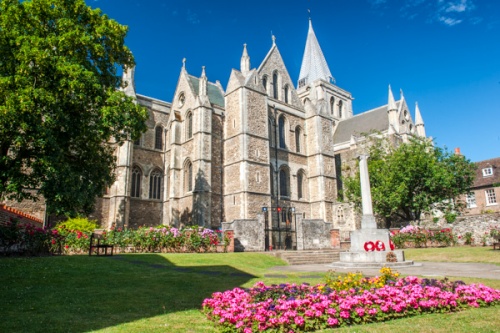 Rochester can claim to be the second-oldest earliest cathedral in England after Canterbury. It was founded by King Ethelbert of Kent in AD 604. The Cathedral was personally consecrated by St Augustine and dedicated to St Andrew, the patron saint of monasteries.

Gundulf built the Castle opposite the Cathedral, and he also built the Tower of London. Gundulf started to design the new Cathedral for Rochester. In 1115, Ernulf was inaugurated as the Bishop of Rochester. In 1137 and 1179, fires engulfed the Cathedral and it was badly damaged. In 1215 the Cathedral was looted, first by King John and then in 1264 by Simon de Monfort's men when they laid siege to the City.

It is traditionally thought that King Henry VIII met Anne of Cleves in the cloisters of Rochester Cathedral. Unfortunately, in the 1800s Rochester had become one of the poorest dioceses in the country. Again it was robbed of its treasures by unruly soldiers.

Unbelievably, the Cathedral became a place of ill repute, where often gambling and drinking took place. Samuel Pepys described it as a 'Shabby place.' Through the 1800s, the Cathedral had gone through a number of restoration processes, and finally, in 1880, Gilbert Scott restored the Cathedral to its present-day appearance.

Here's a tip - though the cathedral looks wonderful from any angle, the best view of all is looking down on the west front from the keep of the castle. 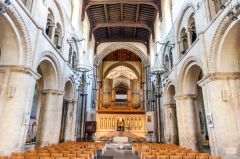 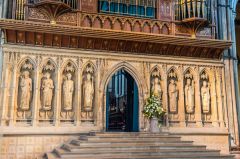 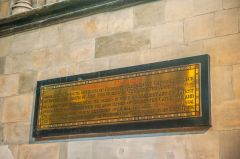 More self catering near Rochester Cathedral