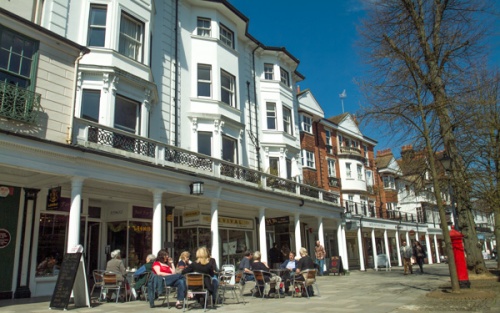 Tunbridge Wells (not to be confused with nearby Tonbridge) is a fashionable Georgian spa town with a location that makes it a perfect base for exploring Kent and south-east England.

The town was founded in 1606 with the discovery of the Chalybeate Springs (mineral springs to you and me). The town was a popular resort for the well-heeled during the 18th and 19th century, but it was not until 1909 that the town was granted the right to call itself "Royal Tunbridge Wells" when Edward VII granted it his patronage.

The elegance of the spa years lives on in the area known as "The Pantiles", a colonnaded walk named after the pavement of clay tiles which once graced the ground here. The tiles were laid in 1698 at the order of Queen Anne, after her son, the Duke of Gloucester, slipped and fell on the slippery surface. The area was repaved in 1793, but it is now home to interesting shops and cafes.

A variety of festivals are held at the Pantiles every year, and you can still drink the spa water - if you dare! For a Blue-Badge Guided Tour of the Pantiles and High Street, get your ticket at the Tourist Information Centre. 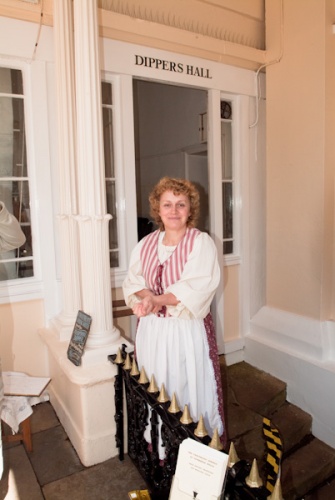 The Tunbridge Wells Museum and Art Gallery has fascinating exhibits of local history and nature, but most visitors will want to see the displays of Tunbridge Ware, a unique form of wooden inlaid marquetry that was made in the area for over 200 years. Over 35 antique shops in Tunbridge Wells will be happy to sell you an object of Tunbridge Ware also.

As charming as Tunbridge itself, is, its proximity to other popular attractions makes it a popular tourist centre. Within just a few miles of the town is Bateman's, former home of Rudyard Kipling. Bodiam Castle, set like a fairytale castle in its moat, is close by, as is Chartwell, home to Winston Churchill for over 40 years.

A more ancient family dwelling is Hever Castle, the childhood home of Anne Boleyn, while the moated manor house of Ightham Mote and the magnificent Penshurst Place are both within 15 miles of Tunbridge Wells. 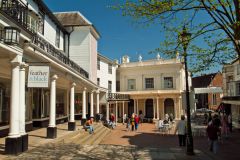 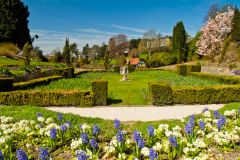 More self catering near Tunbridge Wells

Self Catering near Tunbridge Wells