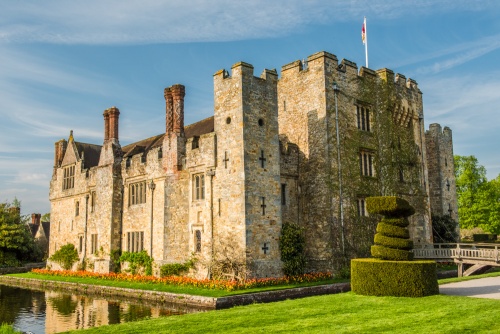 Hever Castle is a marvellous sight; it seems to float upon the wide moat that surrounds it, and its setting within the extensive gardens is exquisite. The castle itself is approached across a drawbridge over the moat. Visitors then pass beneath the teeth of two portcullis into the inner courtyard of the castle.

Hever Castle was begun in 1270 by William de Hever, though the gatehouse is all that remains of that early fortress. In 1462 the castle passed to the Bullen (Boleyn) family, and Geoffrey de Bullen added wings on each side of the existing gatehouse.

Several decades after the Boleyn family took over Hever, its most famous inhabitant, Anne Boleyn, was born. Anne would spend much of her childhood at Hever, and Henry VIII is known to have visited during his courtship. Anne's father, Thomas de Boleyn, expanded Hever still further, adding the Long Gallery, among other features. 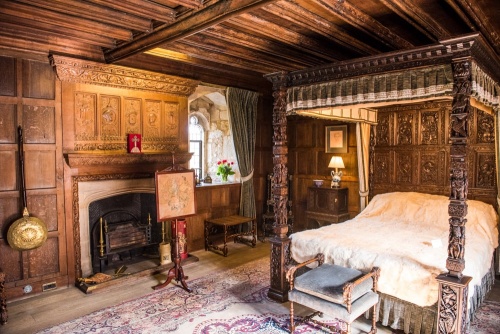 After Anne's death the castle was given to Anne of Cleves, Henry's fourth wife, and in the centuries that followed it passed through the hands of several owners until in 1903 it was purchased by William Waldorf Astor.

Astor lavished his considerable fortune upon the estate, renovating the castle, building the "Tudor village", and creating the wonderful gardens. Hever is now in the hands of a private company.

The interior of Hever features some excellent Tudor furniture, portraits, and tapestries, as well as a costumed figure exhibit in the Long Gallery. There are exhibitions relating to Henry VIII and Anne, as well as a room devoted to a rather grisly display of medieval instruments of torture. Two illuminated Books of Hours inscribed by Anne Boleyn are proudly displayed. 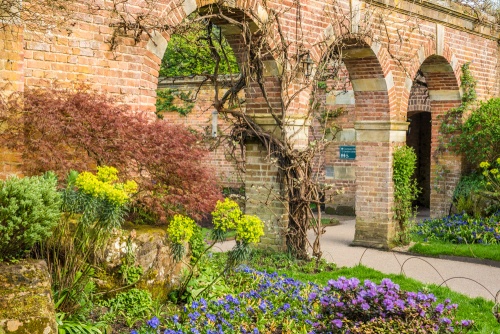 The moated castle provides the historical backdrop for the formal gardens established by William Astor between 1904-1908. The gardens contain a wonderful variety of features, the most famous of which is the yew maze (open April - October weather permitting). Of more horticultural significance is the Italianate Garden, designed to display Astor's collection of Italian sculpture.

The garden setting was enhanced by the creation of the lake, which stretches to 35 acres in size. It took two years of digging to create the lake, and as many as 800 men were involved in the digging at one time.

The most notable theme throughout the gardens is the use of water, with a multitude of water features, including fountains, ponds, a cascade, and, of course, the lake which I've already mentioned. Classical statuary is advantageously placed throughout.

Mention must be made of Anne Boleyn's Walk, lined by trees planted over 100 years ago, and the Splashing Water Maze, which has proved especially popular with children.

Also of interest to children of all ages is the Miniature Model Houses exhibit. Commissioned by the current owner of Hever, this collection of marvellous miniatures depicts life from Domesday England to the time of the Victorian country house - all in 1/12th scale! 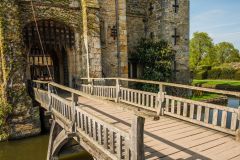 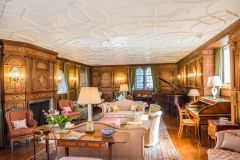 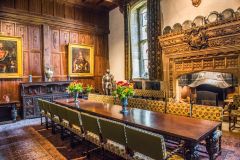 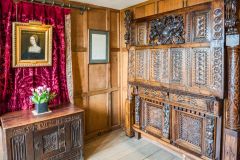 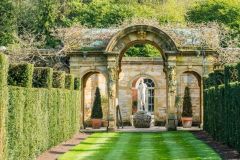 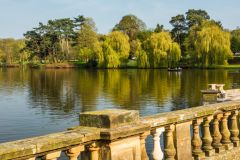 More self catering near Hever Castle