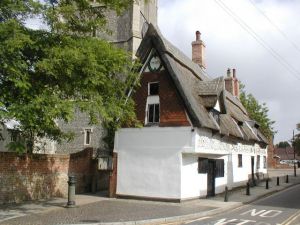 Bishop Bonner's Cottage Museum, Dereham
A historic market town with a wide variety of 18th-century buildings. Dereham was founded by Withburga, a 7th-century Saxon saint. A holy well associated with Withburga can be seen in the churchyard, on the presumed site of her burial.

There is a lovely 19th-century four-sailed windmill in the town, and Bishop Bonners Cottage, a medieval almshouse with an unusual frieze of pargeting. One of the most famous residents of Dereham is the poet George Cowper, who is buried in the church.

The parish church of St Nicholas is quite stunning. It was built in the Norman period on the site of Withburga's church and expanded in the 13th and 14th centuries. It is the second-largest parish church in Norfolk and features a Seven Sacrament font, beautifully painted transept roof, and a detached bell tower 16th century that was used as a prison during the Napoleonic Wars.

One of the French prisoners held in the tower was shot while trying to escape, and his grave can be seen in the churchyard.

The town was traditionally known as East Dereham but is now more commonly referred to simply as Dereham.

More self catering near Dereham >>

More bed and breakfasts near Dereham >> 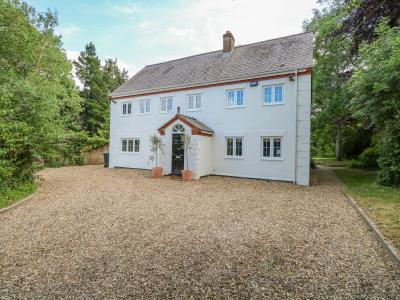 The Firs near Dereham, Norfolk sleeps 14 in six bedrooms.
Sleeps 14