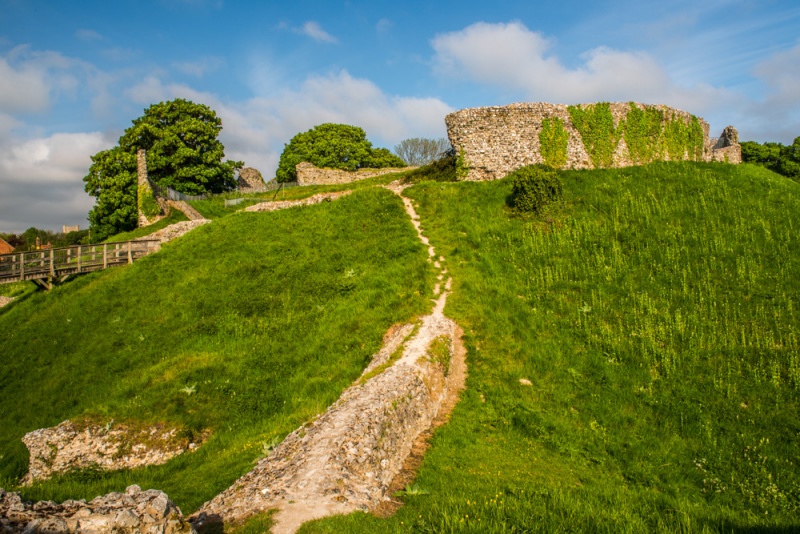 The castle that gives Castle Acre its name was built by the Norman lord William de Warenne, later named the first Earl of Surrey by William the Conqueror. De Warenne did more than build a castle; he created in this small village a planned settlement, with a stone-built fortified house, town layout, church, and abbey (Castle Acre Priory). Much of this work took place in the 11th and early 12th centuries. 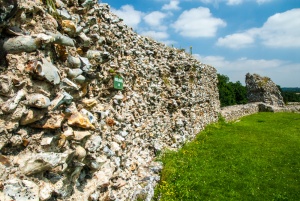 The castle was probably built of stone from the start, which emphasizes that it was initially intended as a country residence rather than a strong defensive fortification.

During the unsettled period of the wars between King Stephen and Queen Maud (circa 1140) the castle was strengthened into a more martial stone keep, further protected by curtain walls and an elaborate system of earthworks, which can still be clearly seen. The defensive reforms included the addition of a bailey gate to defend the approaches to the town itself.

The rebuilding of the castle defences may never have been completed; they certainly did not last long, for when Henry II came to the throne he ordered the defences demolished, as the holders of the manor had not received royal assent for the fortification. The castle remained in use by the de Warenne family until 1347.

The site is composed of an outer array of earthen banks encircling a large bailey. At one end is a high mound, or motte, where the remains of the stone keep can be seen. There is little of the keep remaining beyond the foundation walls, but these give a clear view of the layout. The keep was surrounded by a later curtain wall to add an extra level of defensive protection. The main road through the village still runs beneath the old castle bailey gate.

At the other end of the village are the ruins of Castle Acre Priory - also in the care of English Heritage. The priory was established around 1190 when William de Warenne invited Clunia monks from France to establish an abbey here. 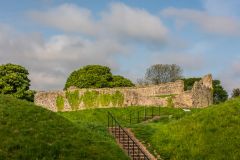 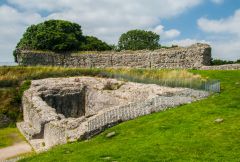 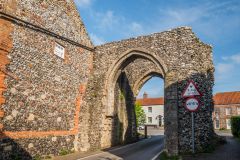