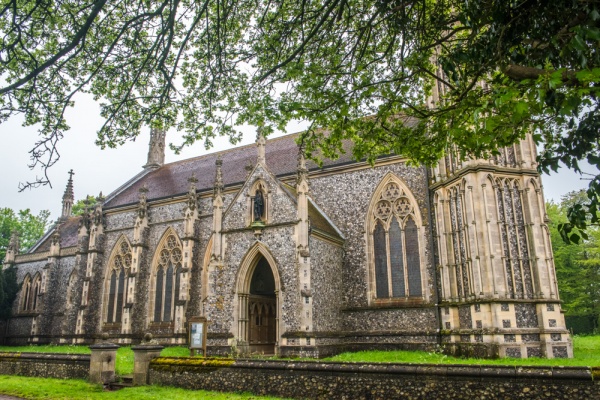 Booton church from the north-west

The Norfolk hamlet of Booton boasts an extraordinary Victorian Gothic church, known as the Cathedral of the Fields, created by rebuilding an earlier medieval building. The man responsible for creating St Michael the Archangel was Rev Whitwell Elwin, a rather eccentric clergyman who was not only the inspirational force behind this remarkable church but also its main benefactor.

Elwin, who was a descendant of the native American princess Pocahontas, toured Britain looking for architectural inspiration with which to decorate his church. The result is quite breathtaking. The twin west spires seem almost to be made of lace, and there seems to be pinnacles and crocketing everywhere you look. Between the spires is an even more slender central spirelet, like an Oriental minaret. 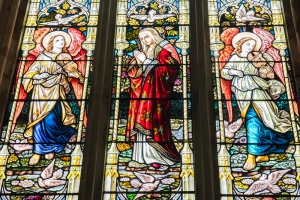 The interior features a very nice timber-framed roof, modelled after that at Trunch, and colourful stained glass. The roof features lovely angel carvings created by James Minns, who was also responsible for creating the memorable bull’s head symbol for Colman’s Mustard.

We know, or can guess, a great deal about the inspiration for parts of the church. The west door was inspired by Glastonbury Abbey, the trefoil window above the chancel arch by Lichfield cathedral, the nave windows by those at Temple Balsall in Warwickshire, and the west window by St Stephen's Chapel at Westminster.

As well as the carved angels decorating the roof there are multitudes of angels depicted in the windows; these are said to be likenesses of Elwin's large number of young female, er ... acquaintances, who accompanied him on his travels. Elwin called them his 'Blessed Girls'. Oh, those Victorians.

Elwin was rector of Booton from 1850-1900 and carried out his work on Booton church from 1876 until his death. Realistically, though, there was no way that a small village like Booton could sustain a church the size and grandeur as this one. St Michael's is no longer used for regular worship and is now in the care of the Churches Conservation Trust.

The church is thankfully open most days and is well worth taking the time to find and explore. There is no dedicated parking area, but there is a layby opposite with room for several cars. The interior is very dimly lit, so that at first it can be difficult to make out the extraordinarily rich architectural details. Once your eyes adjust to the light you realise what a special place this is.

There are no pews, which gives the nave a cavernous feel. The angel roof hovers high above, only half-seen in the gloom. This is High Church Victoriana at its very best. 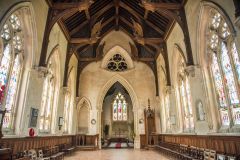 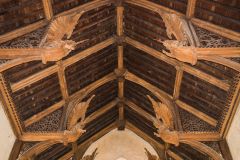 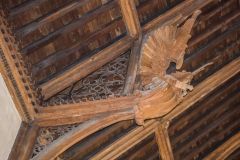 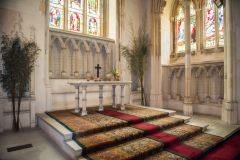 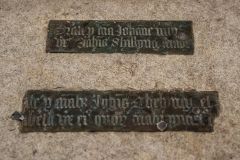 More self catering near Booton, St Michael the Archangel >>

More bed and breakfasts near Booton, St Michael the Archangel >>