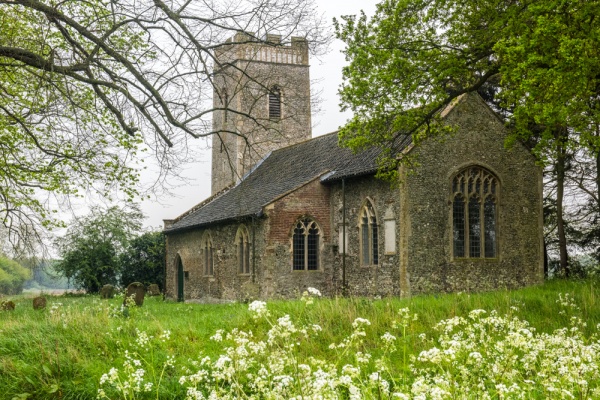 A small country church, possessing a range of excellent 14th-century wall paintings. The church dates to the 12th century, with a 15th-century tower. 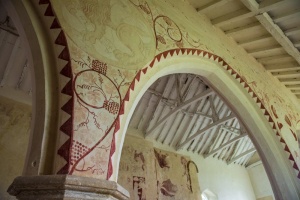 As for the wall paintings, they were unknown until revealed during restoration work in 1967. They very probably date to the first half of the 14th century and most were created between 1425-1450. The paintings were made with red ochre and a natural pink dye over two layers of plaster.

The artists may have intended to produce still more paintings at St Faith's; the guidebook suggests that the south wall was prepared for painting, but no painting was ever made. One possible explanation for this is that the Black Death of 1348 intervened before the full range of planned paintings could be made.

The paintings cover a wide range of themes including the Harrowing of Hell, the Passion of Christ and the Resurrection. Over the tower arch is a faded figure of Christ in Majesty flanked by angels. The tower arch has been raised, cutting into Christ's legs and feet. On either side of the tower arch are figures of The Three Living and Three Dead, a common mortality reminder during the medieval period. Other Biblical themes represented include The Three Marys at the Tomb, Doubting Thomas, and the Ascension.

There are likenesses of several saints, including St George killing the dragon, and decorative foliage. Taken as a whole, the paintings here at Little Witchingham are some of the finest in East Anglia. In addition to the medieval wall paintings, there is Post-Reformation text painted around the large east window.

Look for the grave slab of Thomas Outlaw, who died in 1650. Near the south door is the medieval base of a font. The present font is Victorian, in medieval style. The altar is not original, but it contains a stone that was part of the original medieval altar. The stone is believed to come from the Priory of Our Lady at Little Walsingham.

The church is no longer used for regular worship and is in the care of the Churches Conservation Trust. In the neighbouring village of Great Witchingham is another redundant church featuring an extremely fine Seven Sacrament font. 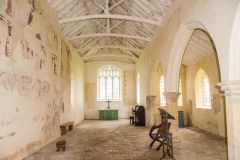 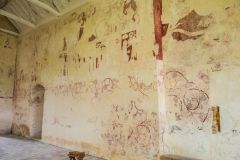 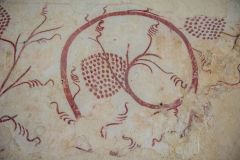