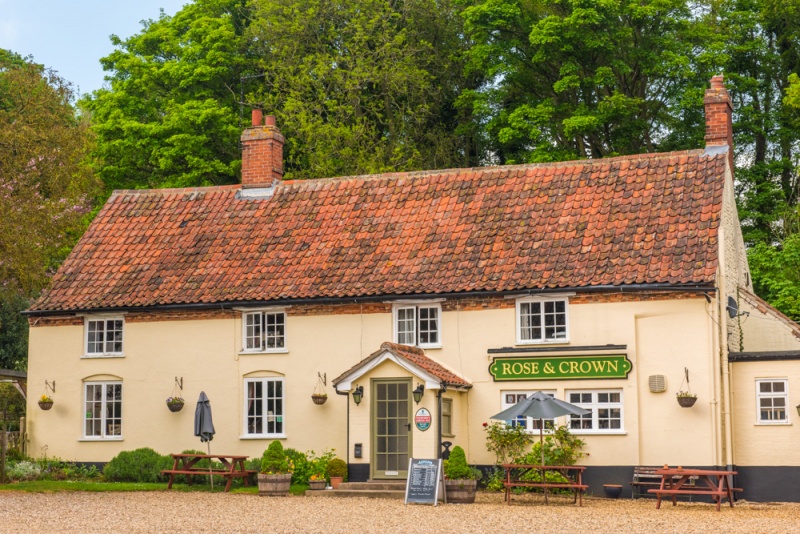 The Rose and Crown Inn, Harpley

Harpley is a small village between Norwich and Fakenham. The village dates to the time of Domesday Book, if not earlier, and the name probably refers to salt-panning (from the 'salt-harp', a filter used in salt manufacture in medieval times). Northwest of the village are remains of Bronze Age round barrows, and a Neolithic long barrow stands on Harpley Common.

The historic church of St Lawrence boasts a lovely angel roof, with a restored 14th-century rood screen and lovely carved wooden pews from 1638. Perhaps the most impressive feature is the beautifully carved south door, decorated with a panoply of figures of saints, Tudor roses, the Four Latin Doctors, crockets, and religious symbols within an arrangement of decorative niches. The effect is simply stunning.

The church itself is primarily 13th century and has an excellent example of 14th-century stained glass in the east window of the south aisle. One curiosity is that several French nobles are buried in the churchyard. They settled here after escaping from the French Revolution.

At first glance, this attractive set of almshouses on Nethergate Street looks like a Jacobean foundation. Looks can be deceptive, for the almshouses were built in 1850 of English red brick, dressed with black brick and stone, under a slate roof. The style has been described as 'High Victorian Jacobean', which is a pretty good description.

As I was photographing the almshouses, a resident came out of her cottage and we struck up a conversation. She told me that she and her husband decided to move into the almshouses after their retirement. Though the cottage was small, it perfectly suited the two of them, and the residents formed a friendly community based around their communal courtyard. Sadly, she also told me that there was still a social stigma attached to people residing in almshouses, but they loved it. 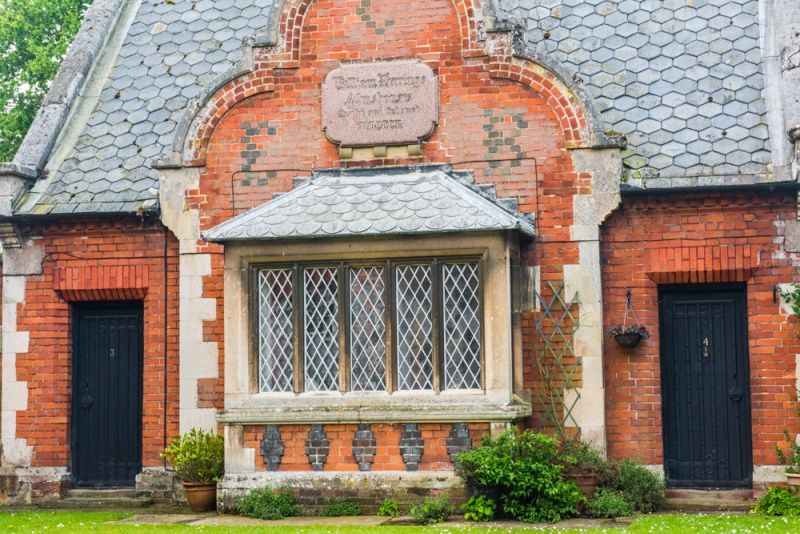 Almost across the road from the almshouses is the village pub, the Rose and Crown, which dates to at least the middle of the 18th century. A list of landlords starts in 1800 but the pub almost certainly was in existence before then.

Other historic buildings in and around Harpley include Manor Farm, built in the 16th century. Just north of Harpley is the stately home of Houghton Hall and the long-distance footpath known as the Peddars Way runs just west of the village. The Peddars Way runs directly through a cluster of Bronze Age barrows. 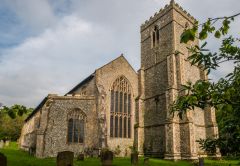 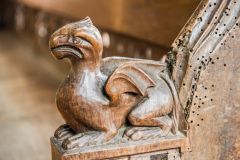 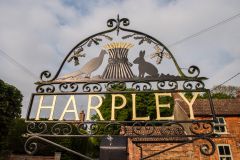 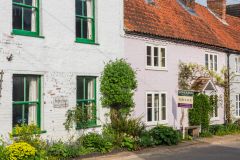 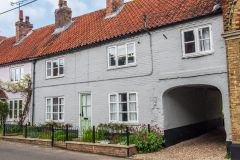 More self catering near Harpley >>

More bed and breakfasts near Harpley >>