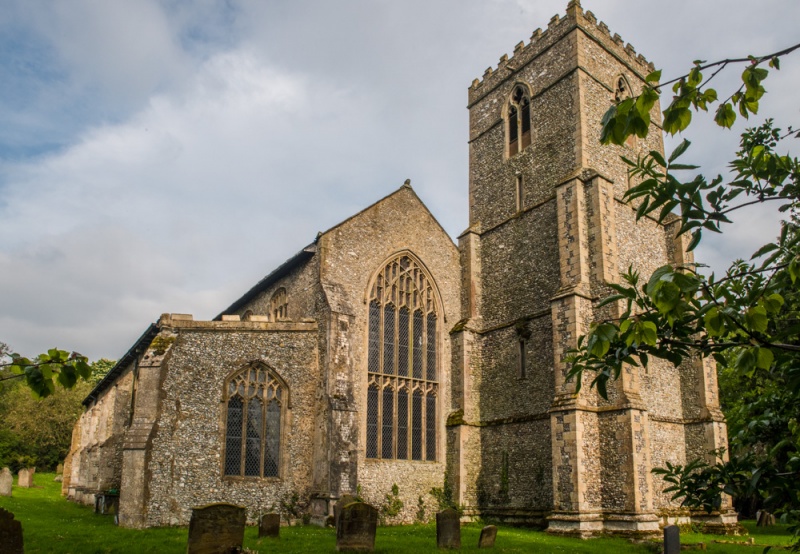 The attractive country church of St Lawrence stands on a leafy hillside, away from the main road through Harpley village. The church dates to the 13th century and was built by Sir Robert Knowles (or Knollys). Knowles was a Knight of the Garter and a successful military leader in the wars with France under Edward III and Richard II.

The chancel was enlarged in the early 14th century by John de Gurnay, who was both vicar and patron. A later Gurnay incumbent was Edward de Gurnay, an early 17th-century vicar. He was a staunch reformer, and in 1639 he wrote a polemic against iconography entitled 'Homily against Images in Churches'.

He refused to wear a surplice until he was forced to do so by the Bishop of Norwich, who ordered him to always wear one. He may have been responsible for removing statues that once stood in niches in the 15th century south porch. 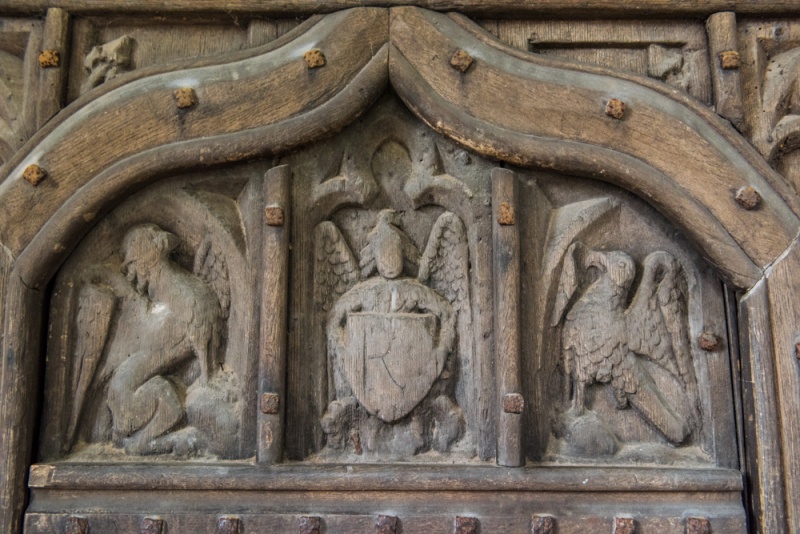 Protected by the porch is an extraordinary late 15th-century door in Perpendicular style that is easily one of the best in East Anglia. It is carved with Tudor roses and embellished with richly carved canopies. From the sill rise niches with mutilated figures of saints and the Four Doctors on the Church. At the bottom is a figure of a lion and a stag can be seen on the east side. The door is a quite stunning example of late medieval woodwork.

The core of the building is late 13th century, with the addition of 15th-century battlements and the striking west tower. Look for coats of arms on heraldic shields running along the battlements. You can make of the Knowles coat of arms, the gridiron symbol of St Lawrence, and the arms of important local families. The tower holds a ring of 4 bells, the oldest of which was cast in 1500.

The priest's door in the south chancel wall is 13th century and features unusual curved steps. 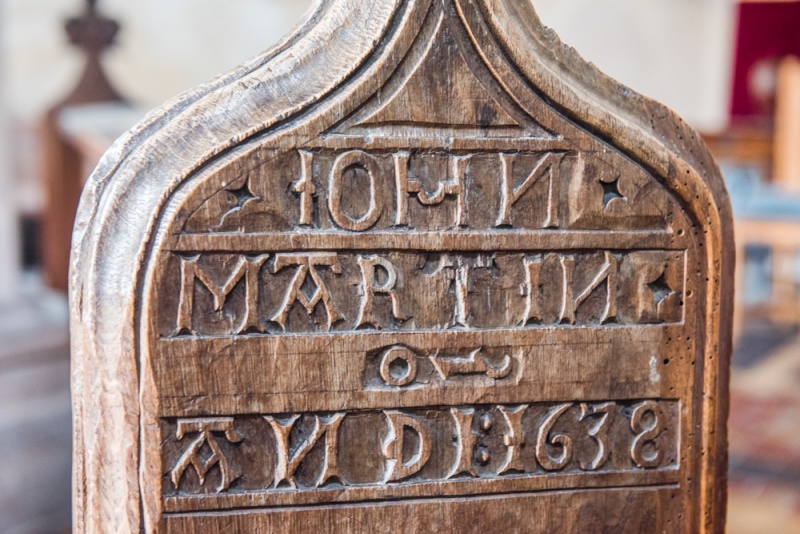 There is 15th-century glass in the west window, though it is very hard to see with your naked eye. In fact, the informative church guide recommends viewing the glass through binoculars. The glass panels depict twelve saints, with a central picture of the Annunciation. Below this are figures of King Edmund the Martyr and Edward the Confessor. There is more medieval glass, this time much easier to inspect, in the east window of the south aisle.

In the nave are 15th-century benches with poppyhead bench ends. Some are carved with figures of small animals and other figures, and some have traceried backs. Against the wall are stone benches used before the pews were installed. Look for the easternmost bench on the north side. It is carved with an inscription reading, 'John Martin 1638'.

The 15th-century nave roof is decorated with carved cherubs holding heraldic shields. Most of the shields bear the arms of the de Gurnay family.

The beautiful rood screen was probably installed by Sir Robert Knowles in the 14th century. You can see the arms of Knowles and his wife on either side of the entrance. The screen features extremely fine tracery and was restored in 1877.

The chancel is 14th century and a beautiful example of Decorated Gothic style. The easternmost window on the south wall is identical to one at Merton College in Oxford, which has been dated to 1310. On the north chancel wall is an Easter Sepulchre beside an ornate Perpendicular doorway to the vestry.

In the centre of the chancel floor is the grave of John de Gurnay. You can still see the indent that once held his memorial brass.

In the chancel is a 14th-century sedilia and piscina under a canopy against the south wall. That might seem ancient, but wander into the south aisle and you will discover a much earlier Saxon piscina under a triangular arch. Its presence suggests that there was a Saxon church here.

St Lawrence is mentioned in the popular book 'England's Thousand Best Churches' by Simon Jenkins. It is a delightful country church, full of historic interest, in a beautiful village. The church was open when we visited. 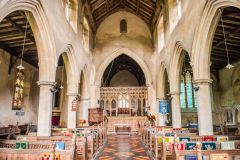 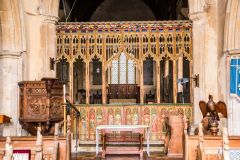 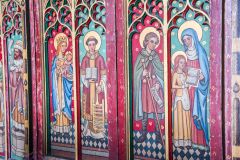 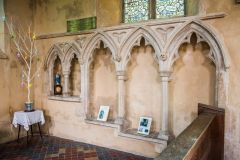