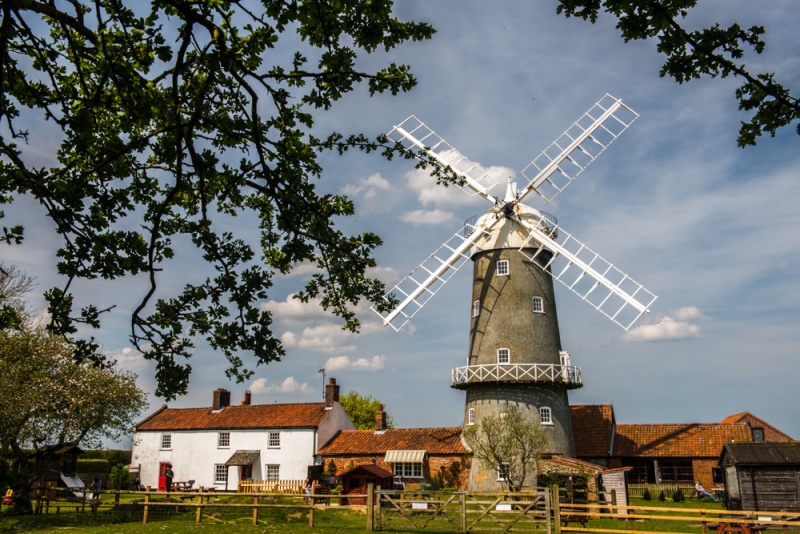 Bircham Windmill stands out like a beacon in the flat Norfolk farmlands west of Great Bircham village. The picturesque tower mill dates to 1846 but there has been a mill on the site since at least 1761.

That 18th-century mill was a post mill, torn down in 1846 to allow the present tower mill to be built. A datestone inscribed 'GH 1846' is set between a pair of windows on the first floor.

The mill was built by George Humphrey and stands five storeys high. It is driven by four double-patent sails and a six-bladed fantail. The sails provided power to three pairs of millstones, but only two pairs still remain. The mill was made with cream-coloured bricks but these were later tarred to create the striking black mill we see today.

The tower stands 52 feet high to the curb, and is 25 feet around the base. At the top of the tower is an ogee cap with a gallery. Beside the mill are a miler's cottage and a bakehouse. The bakehouse was in use since at least 1804 and used a coal-fired peat oven.

George Humphry must have led a troubled life. In 1856 he offered the mill to let, and did the same in 1861. Three years later in 1864 Humphreys had an accident when driving his cart under the influence of drink and killed his wife Elizabeth. He became bankrupt and was unable to make payments to his mortgagees, who ordered the mill to be sold at auction. 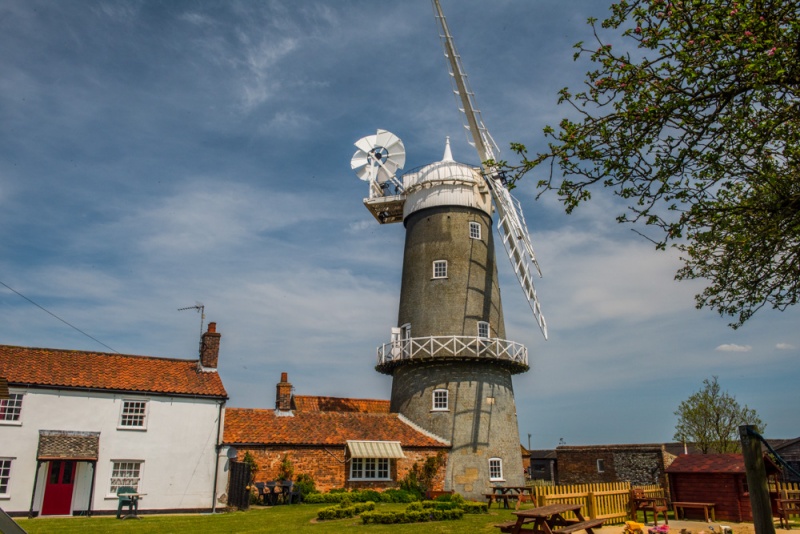 The mill and bakery

The mill passed through several hands, including Joseph Palmer, who advertised several times for an experienced miller and baker to assist him. One advertisement appeared in the Lynn Advertiser of 25 October 1879. It reads:

To Millers and Bakers

In 1890 the Howard family took control, and they held the mill until it went out of service between 1916 and 1922. The sails and fantail were taken down, and the mill stood derelict until 1939 when it was purchased by the Sandringham Estate on behalf of the monarchy.

The crown sold the mill in 1976 to Roger Wagg, who restored it to working order. New sails were fitted, and mill machinery brought in from other historic windmills. In an interesting twist, Roger Wagg was the great-grandson of Joseph Wagg, the miller from 1883-1888.

Bircham Windmill went back into production in the 1980s, and became a very popular visitor attraction, with an exhibit on the history of the site, a petting zoo with donkeys, pygmy goats, sheep, chickens and guinea pigs, a cafe, and a bakery producing fresh-baked bread, scones and cakes with flour milled on-site.

The fresh-baked bread is absolutely delicious, as I can attest from personal experience! Children can learn to bake bread and take home the tasty results. You can climb to the gallery near the top of the mill for wonderful views over the surrounding fields and on windy days you can see the milling machinery at work.

The mill is a pleasing combination of a popular cafe, bakery, family attraction, museum, and historic building. It is the only working windmill in western Norfolk to be open to the public. The mill and the surrounding buildings have been restored to look as they might have done in the middle of the Victorian period. 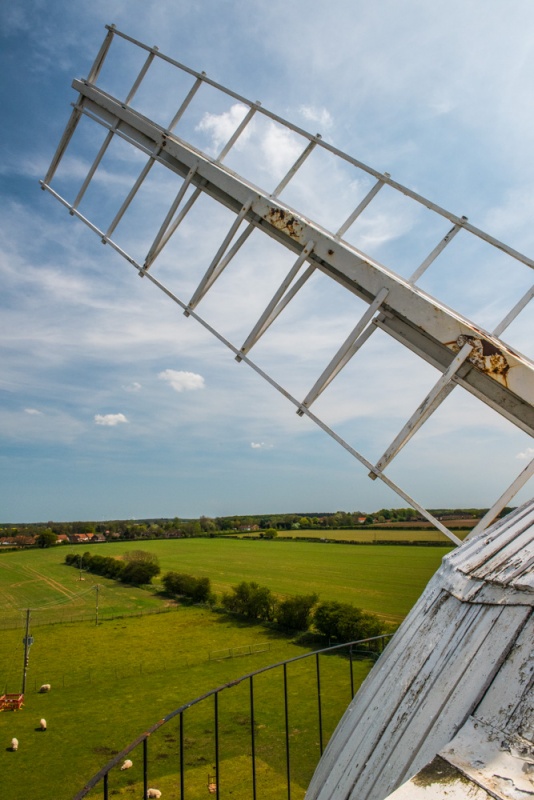 The view from the mill gallery

The nearby stable room has displays tracing the history of the historic mill's restoration from a derelict state to its present working condition. It is fascinating to see photographs of the restoration process and compare them to the beautiful mill we see today. Within the mill is a life-sized model of Billy Howard, the last miller. Listen to a recording the miller telling stories of his time at Bircham Windmill. 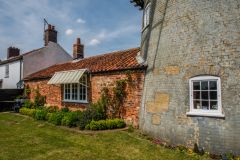 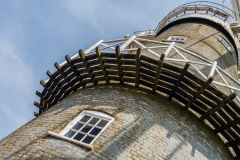 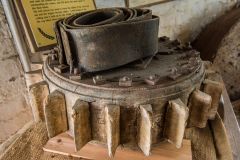 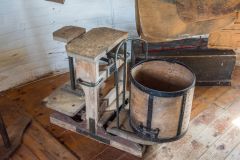 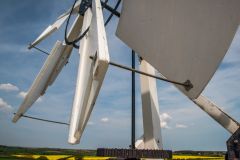 More self catering near Bircham Windmill