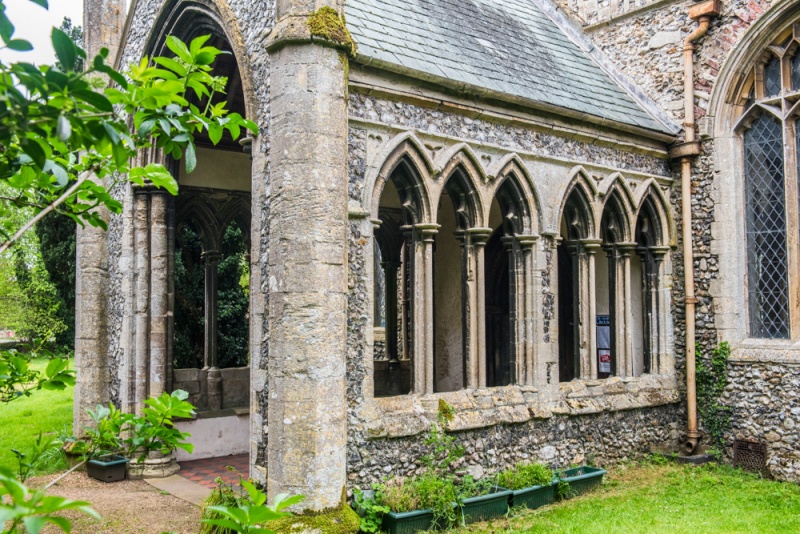 The village of Great Massingham is one of the prettiest in Norfolk, with a large green and village pond ringed by attractive period cottages. at the other end of the green from the pond stands the 13th-century church of St Mary, with its striking tower dominating the village.

There was no church recorded at the time of the Domesday Book, but during the medieval period, Great Massingham supported two churches, All Saints and St Mary's. The parish was united in the 15th century, and by the following century, All Saints had fallen into ruin.

The oldest parts of St Mary's date to the 13th century, but late Saxon finds of pottery in the churchyard hint at a much older history. The south porch is 13th century, and features beautiful Early English arcades. The porch entrance arch is so large that it needs to be supported by buttresses. 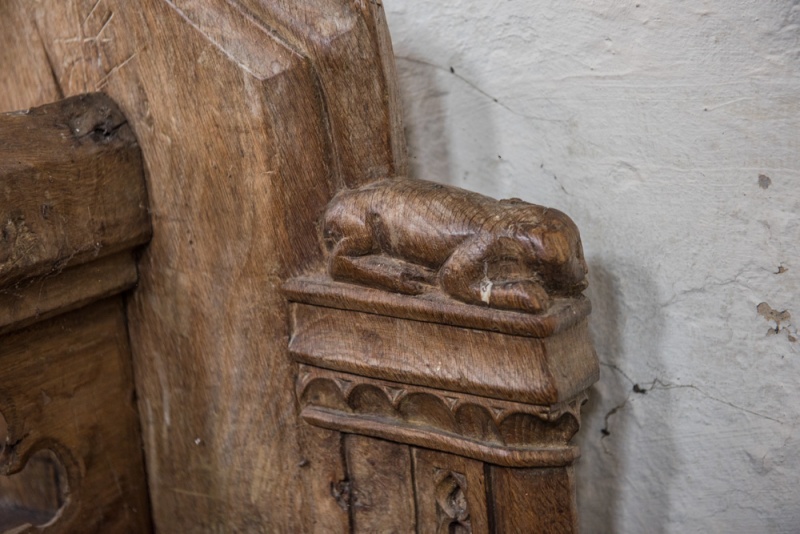 The porch is so large that it comes as no surprise to learn that it once served as the village school. One of the students at the 'porch school' was Sir Robert Walpole, who would become Britain's first official Prime Minister under George III. Walpole's descendants still live at Houghton Hall, about 3 miles from Great Massingham.

The west tower is a beautiful example of Perpendicular style, erected in the 15th century. The tower arch is huge, rising to half the height of the tower itself.

Near the arch is a 13th-century font with blind tracery panels, set atop a slender stem. There is also good 15th century painted glass in the south chancel windows. The glass depicts eight of the Apostles. Their faces were destroyed by iconoclasts during the Puritan Reformation.

Also in the chancel is a finely carved 15th-century sedilia, or clergy seat and a 13th-century piscina under an ogee arch. On the chancel wall is a tablet commemorating Captain D'Urbar Blyth, who died at Rangoon, India, in 1868. 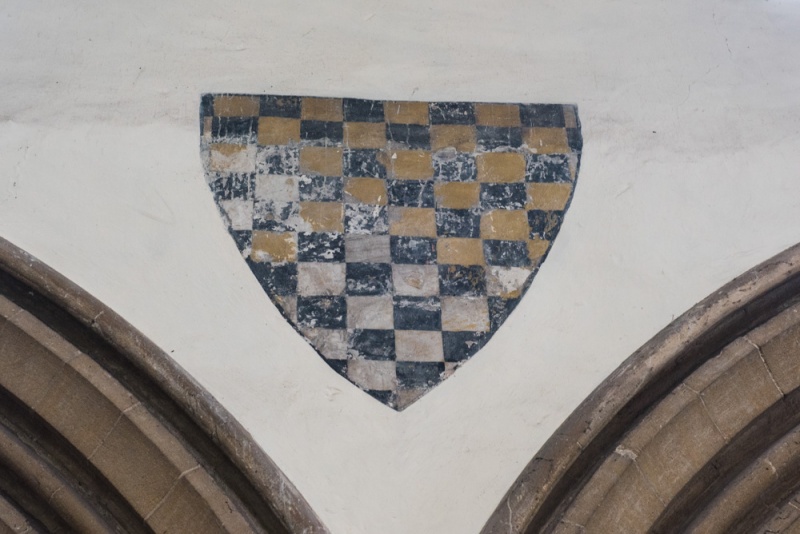 Painted coat of arms on the nave arcade

At the west end of the nave are several 15th-century benches with tracery backs. The nave altar is made from a 17th century Holy Table. One unusual feature in the nave is a series of painted heraldic shields decorating the space above the arcade arches.

At the back of the nave is the village coffin bier, all in black, with swag curtains under a pinnacled roof. The pulpit is Jacobean, with very nicely carved panels.

I came to Great Massingham by accident, following my satnav instructions as I drove from Castle Acre to Fakenham. As I entered the village I saw the large pond and the green, with the striking tower of the church looming high in the distance. I knew I just had to stop and explore, and I was glad I did.

St Mary's is a lovely church, full of historic interest, but the major focus of attention has to be the stunning porch, with its beautiful Early English arcades. 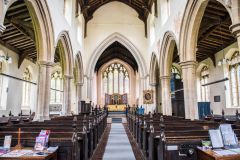 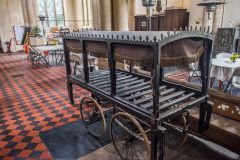 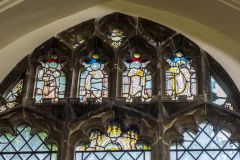 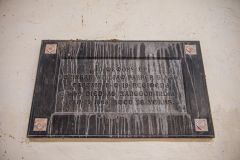 Self Catering near Great Massingham