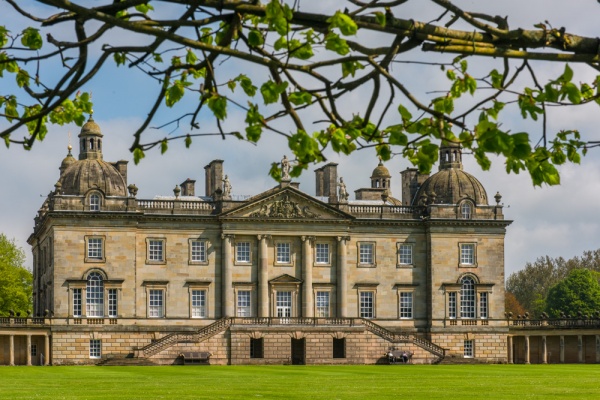 Houghton Hall is a magnificent country house built between 1722-35 for Sir Robert Walpole by Colen Campbell and Thomas Ripley. Walpole, the first official Prime Minister in English history, created a neo-classical house in grand Palladian style. The original design for Houghton was drawn up by James Gibbs, but his ideas were substantially altered in the final construction.

The house is composed of a rectangular central block, with semi-circular arcades at each side leading to a pair of flanking blocks. The central block stands three storeys high and is entered by way of a huge classical portico.

The interior rooms were largely furnished by William Kent, and feature lush decoration, fine furniture, paintings, and statuary. A special note must be made of the Soldier Museum, a collection of 20,000 model soldiers and military mementoes collected by the 6th Marquis of Cholmondeley (pronounced 'Chumleigh'). 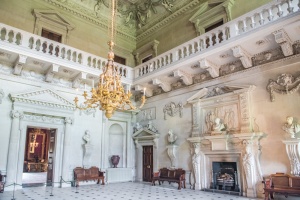 The magnificent Marble Hall at Houghton

By contrast to the staterooms, the family rooms feature much plainer furniture, specially commissioned by Sir Robert for the house. These special pieces are unique, and form the basis of the Houghton Furniture Collection, which produces hand-made, locally crafted copies of the original Georgian furnishings for sale to the public.

The house stands within a stunning park laid out by Charles Bridgeman. Within the park are a herd of 1000 deer, which have striking white hides. Also in the park are the ornate stables, built around 1733, possibly to a design by William Kent. These are built primarily of red-brick, with wonderful interior vaulting supported on timber posts.

The superlative gardens at Houghton were awarded the 2007 Historic Houses Association/Christies Garden of the Year award. Near the house is a restored five-acre walled garden, which was the original kitchen garden for the Hall. It has now been transformed into an area of distinct ornamental garden rooms, each in a different style. In the centre of the vegetable garden is a mulberry tree descended from one planted by King James I at Charleston House, London, in 1606.

There is an attractive Italian Garden with pleached lime trees and underplanted bulbs, wonderfully colourful herbaceous borders, a Rose Garden featuring 150 varieties of roses, including old-fashioned varieties, a parterre of box hedging, and much, much more. This is a superb garden, well worth a visit on its own account.

Beside the Hall is the parish church of St Martin, a medieval building restored in part by Sir Robert Walpole. Sir Robert and his two wives, brother, and the 2nd, 3rd, and 4th Earls of Orford are all buried in the church. Strangely, there are no grand memorials to any of the above; indeed, the only memorial within the church is to a 14th-century cleric. 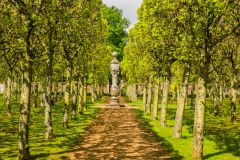 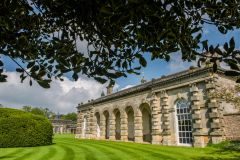 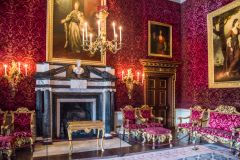 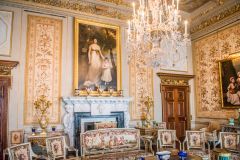 More self catering near Houghton Hall >> 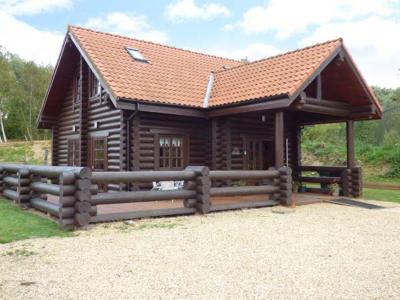 This detached log cabin in Pentney near King's Lynn, Norfolk and can sleep eight people in three bedrooms and a double sofa bed in sitting area.
Sleeps 8 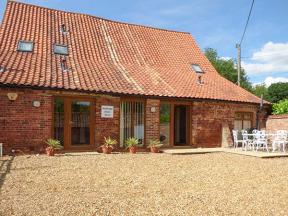