Bletchley Park, home of the Codebreakers 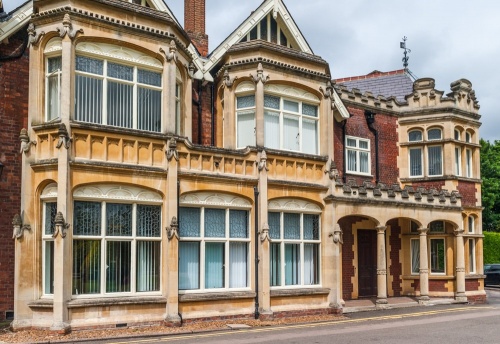 The name Bletchley Park will forever be linked to WWII codebreaking exploits and revered as the birthplace of modern computing. The historic estate near Milton Keynes was Britain's main codebreaking centre during the war, famous as the place where Alan Turing and Gordon Welchman (among others) broke the 'unbreakable' Enigma machine code and helped shorten the war by several years, feats brought to life in the popular film, 'The Imitation Game'.

After decades of secrecy, Bletchley Park is now open to the public, and visitors can see how the codebreakers lived and worked, and view the largest collection of historic computers in the National Museum of Computing.

The Bletchley Park estate dates back to at least the 11th century and was mentioned in the Domesday Book of 1086. The name 'Bletchley Park' was first used after Samuel Lipscomb Seckham bought the estate in 1877.

Seckham sold the property to Sir Herbert Samuel Leon in 1883 and Leon extended the existing house to create a rambling mansion in a peculiar mix of architectural styles. In 1938 the mansion was purchased by a builder who wanted to turn it into a housing estate, but in May of that year, Admiral Sir Hugh Sinclair bought the property. 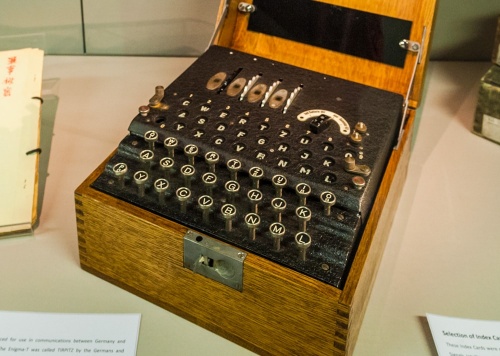 Admiral Sinclair was the head of the SIS (later to become M6) and wanted a headquarters for the SIS and the Government Code and Cypher School (later to become GCHQ) in the event of war. The government approved of the idea but had no budget for the purchase so Sinclair bought the property with his own money, paying £6,000 for the mansion and 581 acres of land.

The location was perfect for its intended purpose; it stood beside the Bletchley railway station, on the direct line between Oxford and Cambridge. Sinclair anticipated that most of the codebreakers housed here would come from Oxford and Cambridge universities.

Personnel at Bletchley were drawn from a wide variety of backgrounds, from linguists to people good at solving cryptic crosswords, but most importantly, mathematicians. Formally trained mathematicians such as Alan Turing, Peter Twinn, and Gordon Welchman were recruited. 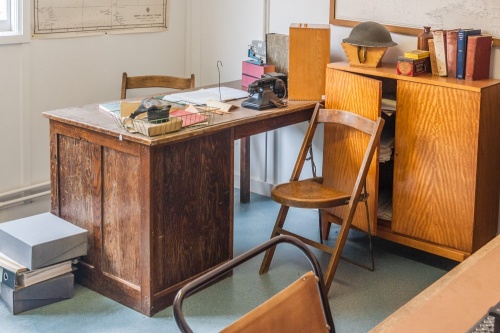 Many of the top codebreakers were men, but Joan Clarke was one of the few female cryptanalysts and rose to become the deputy head of Hut 8 - the Codebreaking Hut where the Enigma machine was finally cracked.

Bletchley Park and the work it did was a closely guarded secret. People who worked at Bletchley had to keep totally silent on what they did and even where they worked. Navy Wrens posted to Bletchley were recorded officially as posted to HMS Pembroke V. Letters to Bletchley were addressed simply to 'Room 47, Foreign Office'.

Cryptoanalysts in Hut 8 focussed on breaking the supposedly unbreakable Enigma machine. This portable encryption device was used in all branches of the German military during WWII. It uses an electromechanical rotor to scramble the letters of the alphabet. The recipient has to have another Enigma machine and has to know the decryption key, which was changed daily.

The Enigma process should, in theory, have been almost unbreakable, but in practice, human error and operational glitches left the process vulnerable to codebreaking. That was where Hut 8's contributions were invaluable.

Hut 8 houses an interactive display helping visitors understand how the Codebreakers did their Top Secret work. See Alan Turing's office, restored to the way it ould have looked during WWII, right down to the tin mug chained to a radiator. Also in Hut 8 is an exhibition showing how pigeons were used during the war - the polar opposite of high-tech! 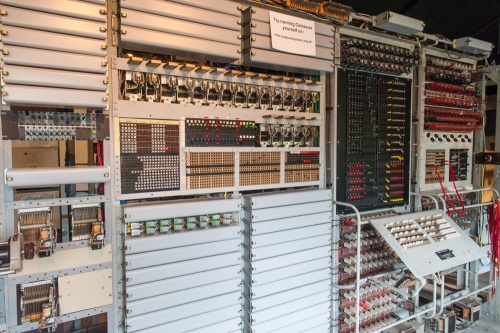 'Colossus', in the National Computing Museum

The machines in Hut 11 have been fully restored. Step inside the hut and experience the sights and sounds of the machines in action, and hear the stories of the women who worked in what they called 'the Hell-Hole'.

The Bletchley Park museum is home to 6 galleries telling the story of Bletchley and the Codebreakers. One gallery looks at the career of Alan Turing, the man widely regarded as the father of modern computing. Another gallery looks at how Hitler's 'unbreakable' Lorenz cypher was broken, while a separate exhibit holds the largest display of Enigma machines in the world.

One gallery looks at the challenges of breaking Japanese codes during WWII, and there is a display on the timeline of events at Bletchley and how the work here influenced the course of the war. Perhaps the most interesting museum gallery is 'Intercept to Action', where the Codebreaking process is explained. 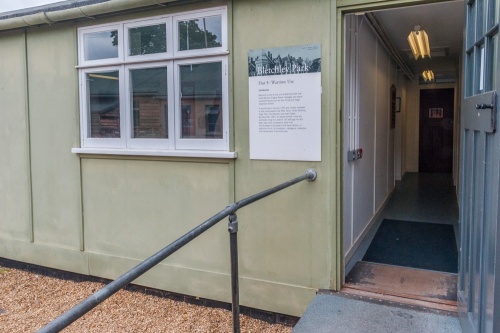 Two of the huts (Hut 3 and Hut 6) have been restored, This is where Enigma messages were decrypted, translated, and analysed. Interactive exhibits help recreate the tense atmosphere of the vitally important work that went on here.

Once a Victorian country house, the Mansion at Bletchley Park was home to administrative offices including the one used by Alastair Denniston, the Head of the Government Code and Cypher School (GC&CS). See the room where the US 'Special Relationship' was created.

The Library is depicted as it looked during WWII when it served as a Naval Intelligence office. On the ground level are Wartime Garages, housing authentic WWII vehicles.

On the small green outside the mansion is the 'Churchill Stone', a boulder representing the one where Sir Winston Churchill stood on 6 September 1941 when he addressed the Bletchley Park staff. 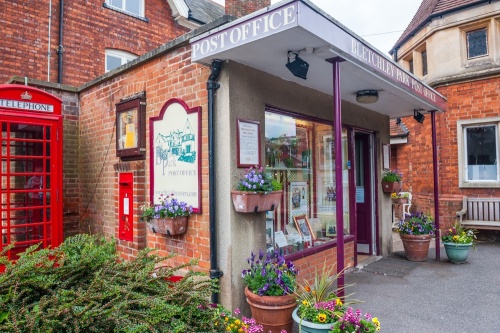 The NMC is a separate museum on the Bletchley site, located in Block H. It houses a rebuilt Colossus machine, used by the Codebreakers at Bletchley to break the Lorenz cypher. In addition to the Colossus, the museum has an amazing collection of historic computing machines, showing how the work at Bletchley Park helped develop today's modern computers.

The museum offers a timeline tracing the development of the computer from the codebreaking work of Turing and Welchman on the Enigma machine, to the creation of Colossus, and eventually, to the computer you are probably using to read this article. 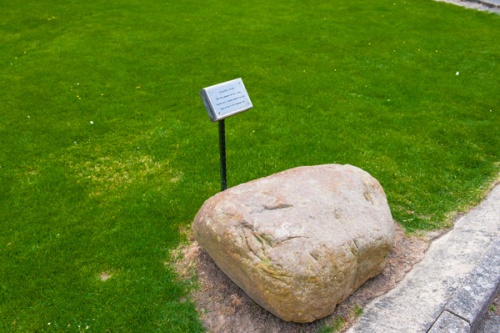 Bletchley Park is signposted off Junction 13 of the M1. If you are using satnav to find your way to Bletchley be aware that the official postal address of MK3 6EB may take you to the wrong location. Instead, use the postcode MK3 6DS. There is free parking on site. 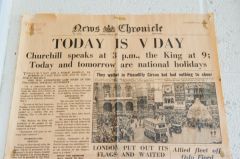 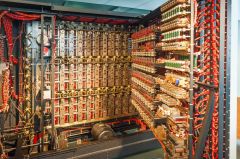 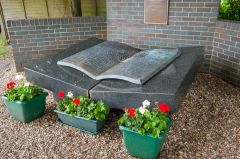 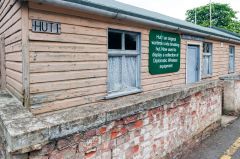 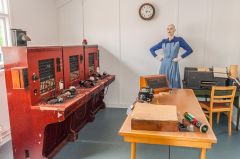 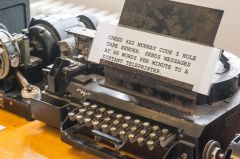 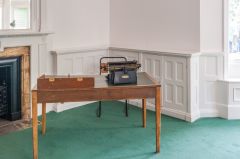 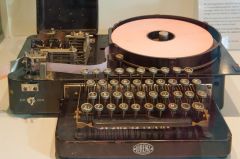 More self catering near Bletchley Park