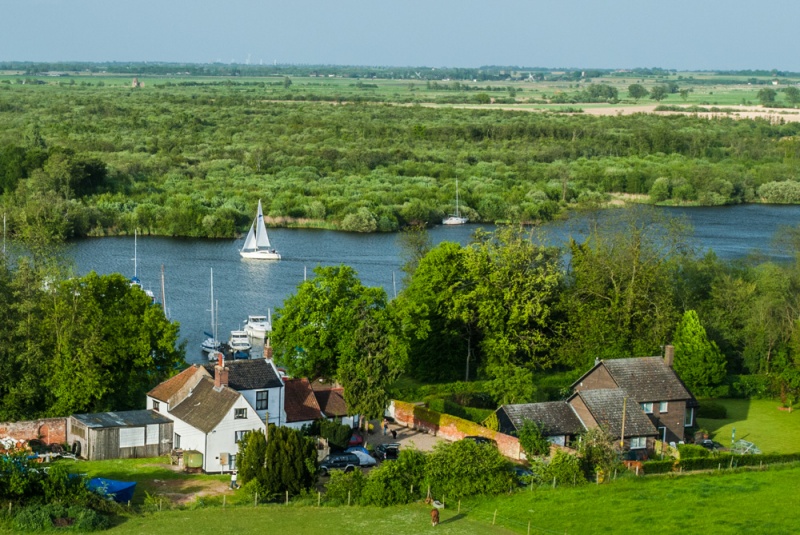 Ranworth from atop the church tower

Ranworth is a very popular village on the edge of Malthouse Broad, in the heart of the Norfolk Broads National Park. At nearby Ranworth Broad is a quiet nature reserve with boardwalks through the woods to an interpretation centre and bird hide. 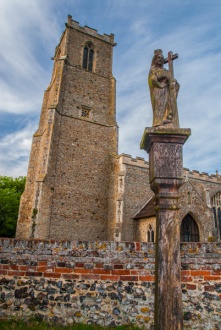 The 3-acre nature reserve is operated by the Norfolk Wildlife Trust and takes in Carr Woodland, a wet woodland that the Trust calls 'the nearest thing in this country to a tropical swamp'. Boardwalks lead across Carr Woodland to the Broads Wildlife Centre, a floating bird hide and information centre with a picturesque thatched roof. The Wildlife Centre offers guided boat trips on the broad in a specially designed electric boat.

In the woodland you will pass through reedbeds where insect life abounds, with swallowtail butterflies and Norfolk Hawker dragonflies a common sight.

Near the nature reserve is the modern village hall, also roofed in thatch.

Also near the nature reserve stands St Helen's church, a lovely medieval building known as the Cathedral of the Broads. St Helens dates to at least 1370. The church interior is wonderful, with a superb painted rood screen, and the Ranworth Antiphoner, an illustrated 15th-century psalm book. The tower is open to visitors, and if you climb the narrow stairs you are rewarded by marvellous views from the top.

There are a number of attractive thatched cottages in the village and a lovely pub called The Maltsters Inn a stones-throw from the waterside. The Maltsters is a popular spot for boating enthusiasts, with free moorings and a terrace looking over the broad.

Near the pub are several former malt houses, which give their name to Malthouse Broad. While Malthouse Broad is popular with boaters, Ranworth Broad, to the west of the village, is preserved as a nature reserve and is closed to water vessels.

An old legend clings to Ranworth. According to the tales, the ghost of a medieval monk can often be seen rowing a boat out onto Ranworth Broad, particularly at dawn. The monk is said to the sole survivor of an attack on St Benet's Abbey by Henry VIII's men during the Dissolution of the Monasteries. Unfortunately for the legend, St Benet's Abbey was the sole monastic house in England to be spared by King Henry.

Nearby Ranworth is Fairhaven Garden, a lovely woodland water garden known for its display of primulas, with nature trails leading to a private broad. 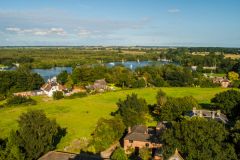 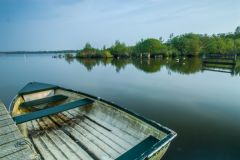 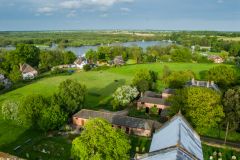 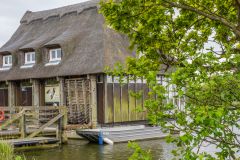 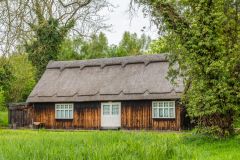 More self catering near Ranworth >>

More bed and breakfasts near Ranworth >>