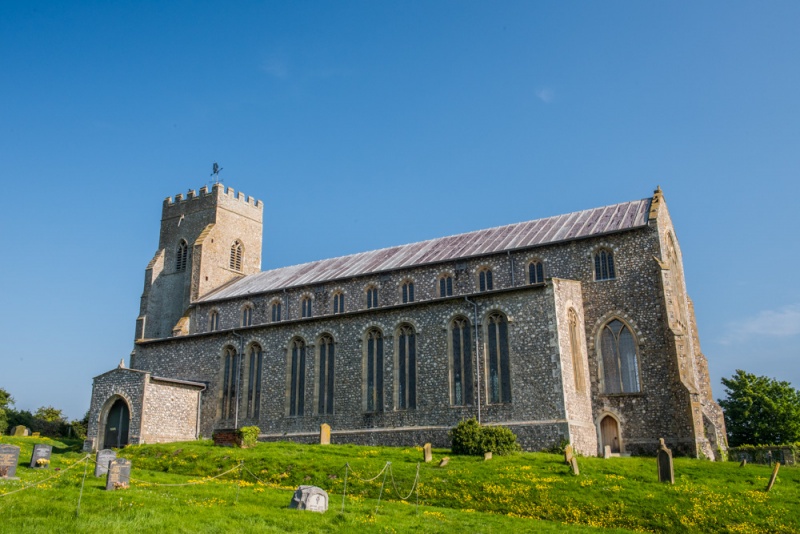 An attractive seaside village on the north Norfolk coast, Salthouse lies about three miles from Holt and 5 miles from Blakeney. There is a pebble beach and a long expanse of salt marshes for bird watching.

The village name is rather self-explanatory; for here was founded a house for storing salt. Seawater was boiled locally to produce salt, an activity that still takes place along the north Norfolk coast.

On the heath overlooking the village is evidence of a Neolithic enclosure, about 60 metres across. The enclosure was probably not a settlement, but a ritual meeting place or ceremonial centre. The heath also holds the largest concentration of Bronze Age burial mounds in Norfolk.

On nearby Gramborough Hill are the foundations of a Roman fort and a surrounding civilian settlement occupied in the 3rd century.

The Salthouse Marshes cover an area of some 66 hectares of marshland and saline lagoons and are preserved as a nature reserve by the Norfolk Wildlife Trust.

The old church of St Nicholas dates to the 13th century, with a lovely Seven Sacrament font with carvings of lions, and a medieval painted rood screen. Of particular interest are 16th-century designs of sailing ships scratched into the backs of a pew.

St Nicholas church is the setting for an annual exhibit of contemporary art by artists who are local or have a strong connection with north Norfolk. I was fortunate enough to wander into the church while an exhibit was taking place, and the historic venue offered a fantastic setting for the modern artwork.

And if you enjoy art, you'll enjoy the Salthouse Sculpture Trail, a 10-mile long trail of artwork linking Salthouse to Holt and Kelling Heath. 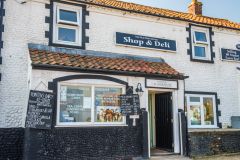 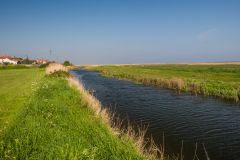 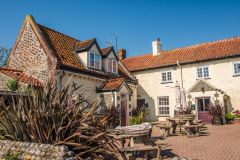 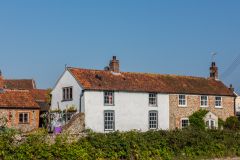 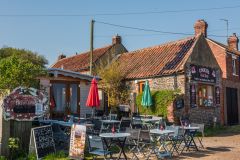 More self catering near Salthouse >>

More bed and breakfasts near Salthouse >>