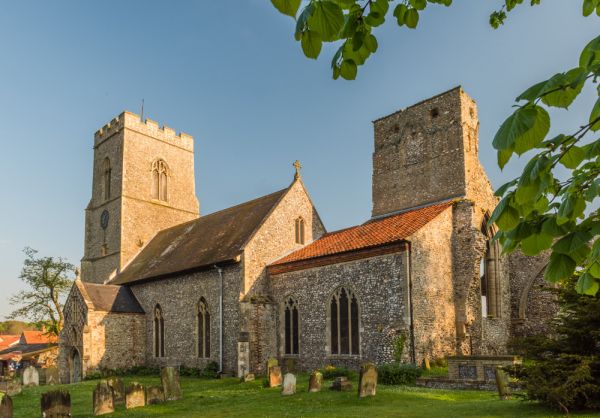 The village of Weybourne lies just west of Sheringham on the north Norfolk coast. The village was recorded in the Domesday Book of 1086 as Wabrunna. At that time a Saxon church served the village. Sometime around AD 1200 an Augustinian priory was founded on the site of the Saxon church.

We do not know exactly when it was founded, but we know it was during the reign of King John (1199-1216), and the founder was Sir Ralph Mainwaring and his wife Amicia. The priory was initially subordinate to West Acre Priory, near Swaffham.

The priory at Weybourne incorporated the earlier Saxon church into their new monastic church. The canons then added a south aisle to their priory church to serve as the parish church. The north aisle of the present building stands atop the foundations of the monastic nave.

The priory was never large. Indeed, in 1422 there were only two canons, and one of these had to be named prior by the bishop. In 1514 a visitation by Bishop Meke found just a prior and a single canon, and the perilous finances of the priory made it impossible to support a larger number. 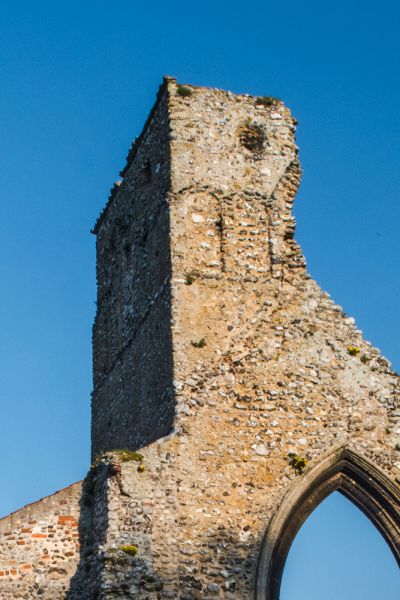 As one of the smaller Augustinian houses, Weyborne was one of the first to be dissolved by Henry VIII, surrendering to the king in 1536. The priory goods were sold to Thomas Pygeon and only fetched a total of 66s 8d. The last prior, Thomas Bulman, was given a pension of 4 pounds and granted the rectory of Egmere in 1543.

The priory church was adapted to become the parish church of Weybourne. Surprisingly, much of the medieval priory ruins still stand outside the east end of the church. At the north side of the present chancel is a late Saxon tower from the church that preceded the priory. It was built between AD 950-1066. At the top of the tower are round sound holes to let the peal of bells be heard, and below the sound holes are blind arcades.

Out of sight in the garden of a neighbouring house just to the north are remains of the priory cloister. Aerial photographs have also revealed medieval fishponds to the northeast of the church.

The 15th-century porch was built with a chamber over the entrance arch to serve as a wayfarers' chapel.

The impressive west tower of the parish church was added in the 15th century and featured traditional East Anglian brick and flint chequerwork. The upper chamber of the tower was sometimes used as a chapel. Near the tower is the stump of a medieval churchyard cross.

Also in the churchyard are numerous examples of very good 18th-century gravestones along the south churchyard path. Among them is the headstone of Robert Temple, a tenant of Lord Orford who died in 1790. Temple paid an annual fee of 20 pounds to the curate of Weybourne, and the sum was paid for another two decades after his death by his executors. 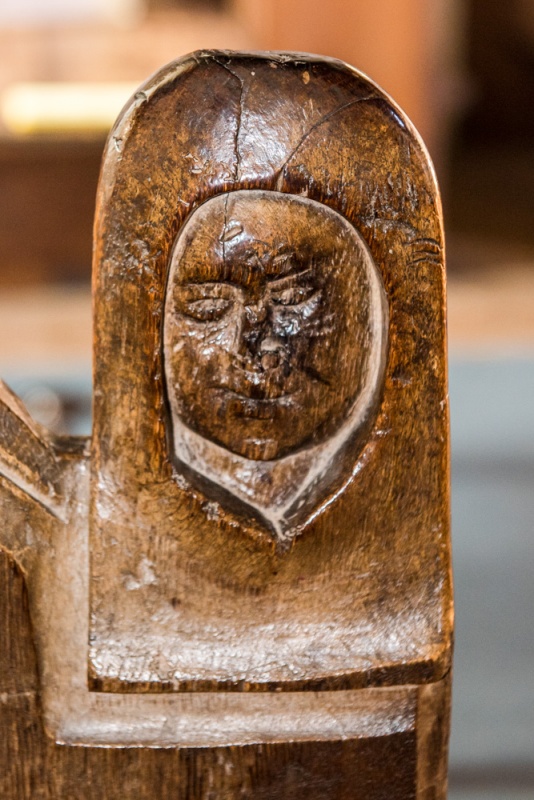 The churchyard is full of memorial to the local Bolding family, including William Bolding, an eminent Victorian archaeologist and photography pioneer. At the east end of the churchyard are the graves of six sailors who died in the wreck of the SS George Royle in 1915.

The nave features a beautiful 15th-century hammerbeam roof. The pulpit is 17th century, set on an 1888 plinth, and there are several 16th-century benches with poppyhead decorative carvings. One armrest is carved with the figure of a bird, another with a female head.

On the wall of the north aisle is a copy of the medieval priory seal. In the chancel is a brass memorial to Horatio Walpole, who died at the age of two at Weybourne Hall. in 1893. His great, great, great grandfather was the godfather to Admiral Horatio Nelson. Also in the chancel is a medieval piscina and triple sedilia, or seat for clergy.

It is extremely easy to visit the priory church. It is located directly on the A149 coastal road in the centre of Weybourne village. The church is normally open daylight hours to visitors, and the ruins of the priory and the Saxon tower can be explored at any time. 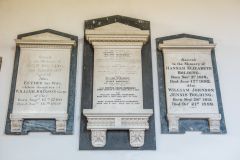 Self Catering near Weybourne