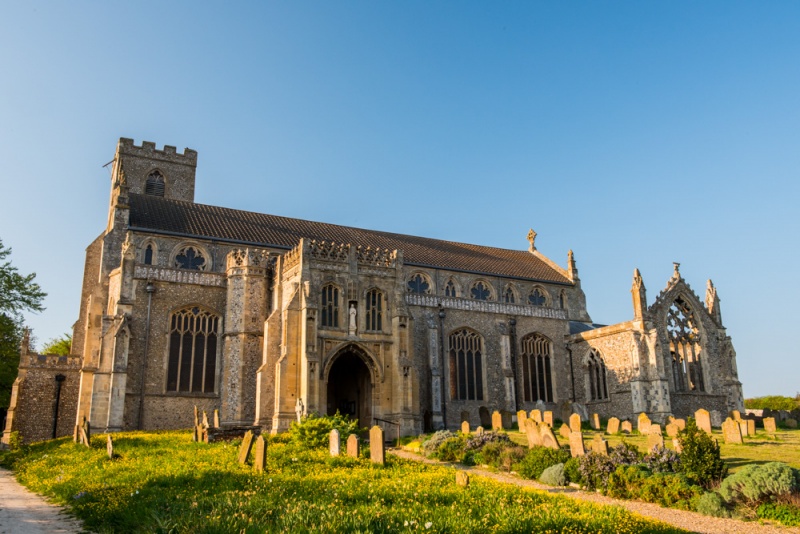 The large parish church of St Margaret in Cley-next-the-Sea stands well away from the coast, beside a quiet country pub and facing the large village green. The location was not always so peaceful, for when it was built the church would have looked over the busy harbour at Cley, but over the centuries the sea receded, leaving the church far from the shore.

The church dates to the early 14th century, with the addition of a late 14th-century porch. There was an earlier church on the site, but around 1320 that church was rebuilt by John de Ramsey, who also worked on the Carnary Chapel at Norwich Cathedral. While the body of the church is intact, the north and south transepts are ruined, and open to the sky. 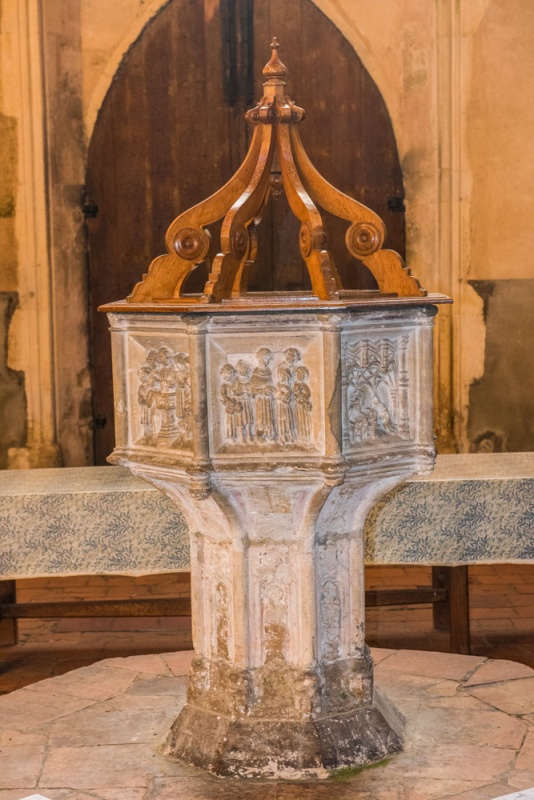 The font is carved to represent the Seven Sacraments, a popular theme from around 1460. One face is blank, but probably held a carving of the Crucifixion. The other panels are as follows: 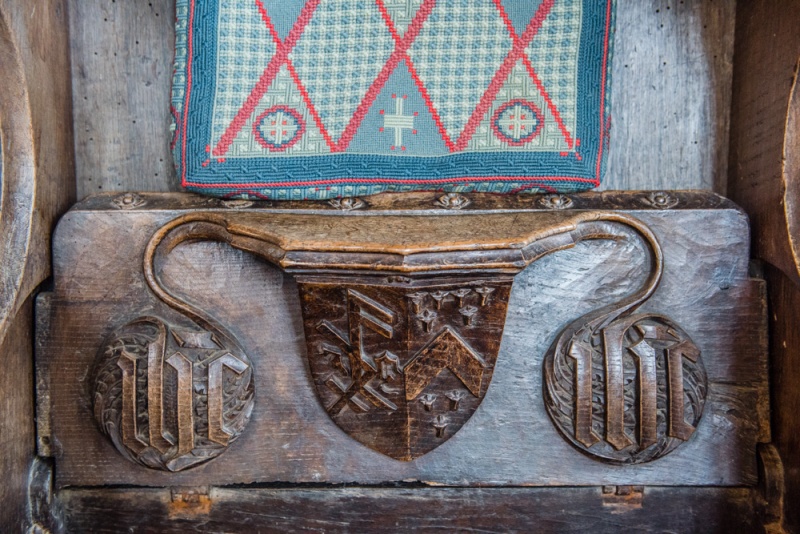 Tucked behind the organ is a finely carved brass to John Symondes (d. 1511) and his wife Agnes (d. 1508). The couple is depicted in their shrouds, above the words, 'And thus', a reminder of mortality. Underneath are the figures of their 8 children, with their names inscribed upside down so that they can be read by a viewer without turning their back on the altar that once stood at the east end of the aisle.

On the aisle wall is a brass to an earlier John Symondes (d. 1505) and his two wives Margaret and Agnes. The second brass is a palimpsest; a brass that has been made on the reverse of an earlier brass to another person. The face we see now commemorates Robert Tayllar (d. 1578). To the west is a mid-15th century brass to an unknown civilian and his 6 children.

The choir stalls retain several medieval misericords, or 'mercy seats', used to support clergy while standing through long services. There are six misericords, each one carved with the initials JG and the arms of the Grocers guild. The initials may represent John Greneway, whose family had close links to Cley. Thomas Greneway served as churchwarden in 1553 and in 1558 Ralph Greneway was named an alderman of London.

The north chancel window holds 15th-century glass fragments. In the south aisle windows are fragments of medieval glass dated to around 1460. One window depicts 8 martyred female saints. Each of the saintly figures holds a symbol, many indicating the manner of her martyrdom. For example, St Agatha holds a butcher's flesh hook. Modern windows show local scenes, including Cley Windmill and many of the local birds that make this area so popular amongst birdwatchers.

One unusual feature is a stained glass panel depicting a white-crowned sparrow. The rare species was seen in Cley in 2008. Visiting birdwatchers donated over £3000 towards the church restoration fund, and to commemorate their generosity a likeness of the rare bird was inserted in one of the windows.

The aisle roofs are both 15th century, and the altar table dates to the Jacobean period.

I've visited St Margaret's church twice, and each time it was open, even though the second time was late on a summer evening. The location is fabulous, and the church holds so much of historic interest that it really should be on everyone's must-see list. 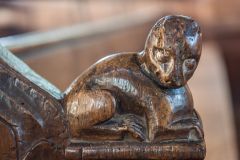 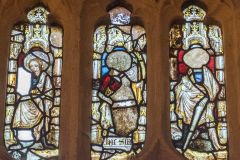 Self Catering near Cley-next-the-Sea