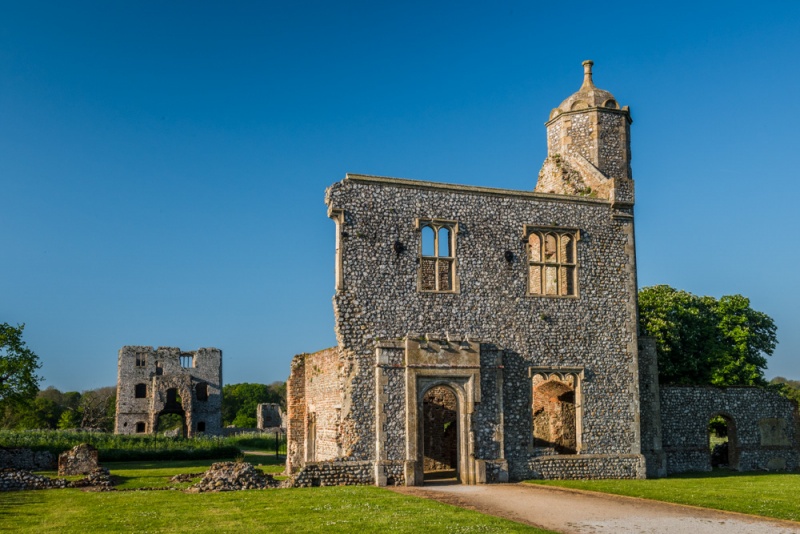 Baconsthorpe Castle is a moated 15th-century manor house in a peaceful countryside setting. The fortified manor house was expanded and rebuilt several times over the course of two centuries by the Heydon family.

The castle was built by Sir John Heydon (d. 1480) on the site of an earlier manor known as Wood Hall. The house was built in the several stages between the middle and late 15th century. In 1561 Sir Christopher Heydon (d. 1579) was granted a license to crenellate the manor. He also added a grand outer gatehouse, barn, and courtyard.

In the early 17th century Sir Christopher Heydon expanded the house. However, by the middle of that century, the family's wealth had diminished, and many of the buildings were demolished. The outer gatehouse was then converted into the dwelling known as Baconsthorpe Hall.

The moated castle occupies a site approximately 65 metres square, bounded on the south, north, and west sides by a moat 13-15 metres across. And, yes, this is a 'real' moat, full of water, not a dry moat! To the east is a large Mere, like a small lake. The house itself is surrounded by a curtain wall, and there is an Inner Gatehouse on the south side.

Part of the castle was later converted into a textile factory, but it fell out of use in the 20th century. Today Baconsthorpe is one of the most picturesque - and relatively unknown - moated castles in England.

Finding the castle is sometimes a challenge, depending on which side of Baconsthorpe village you approach from. The castle is located on an unnamed lane leading north off The Street, at the eastern edge of the village. If you approach from the west there is no apparent sign telling you to turn off onto Castle Road. I drove past the road twice before realising that I needed to turn off.

The signage is a bit easier from the east, but even so, you need to be looking for Castle Road or you'll miss it. The lane leads past a farm and over a very worn cattle grid before arriving at Hall Farm, where there is a large free parking area directly outside the Outer Gatehouse to the castle. The castle does not have an official postcode, but the grid reference is approximately TG120380.

Our Verdict: A wonderfully atmospheric site - we loved it! 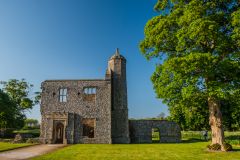 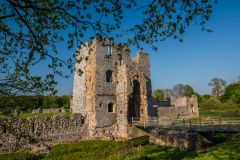 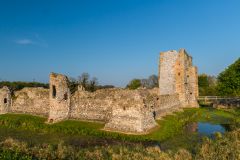 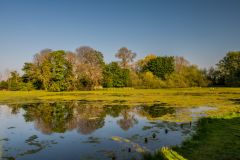 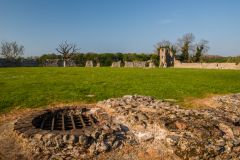 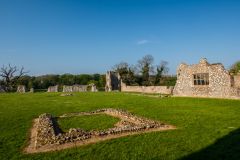 More self catering near Baconsthorpe Castle >>