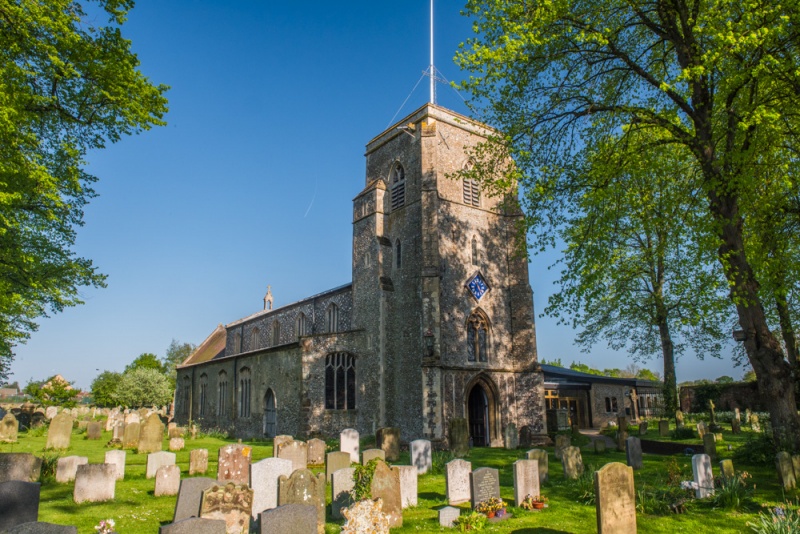 Holt's picturesque parish church stands amid a shaded churchyard, surrounded by so many tall trees that it has the feel of a church in a garden. It is a remarkably small church for a market town, a reminder that Holt began as a quiet village; a peaceful haven inland from the busy coastal ports.

There was almost certainly a late Saxon building on this spot, though no church is recorded in William the Conqueror's Domesday Book of 1086. In the 14th century, that early church was rebuilt in Decorated Gothic style by Sir William de Nerford and his wife Petronilla.

You can still see brown Carr stone from this 14th-century building in the present tower. The tower was added later in the 14th century.

Holt supported the crown during the Civil War and you can find memorial tablets to Royalist supporters in the nave. 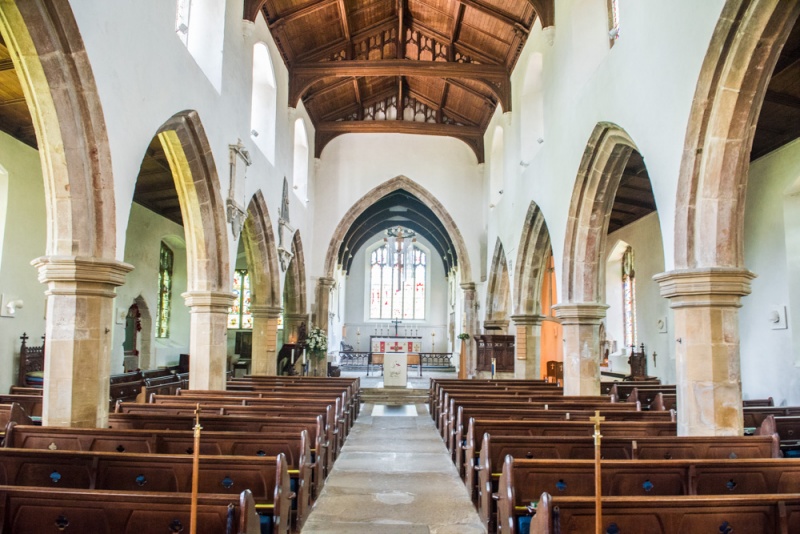 On 1 May 1708 a fire broke out in Shirehall Plain. The fire spread with devastating speed through the town's timber-framed buildings, and before the townsfolk could react it swept through the historic centre of town and engulfed the parish church of St Andrew the Apostle, destroying the thatched chancel. The fire was so hot that lead melted from the windows, and the church interior was completely gutted.

The old timber-framed dwelling around the market place were rebuilt, but in the process of rebuilding the town the church became isolated.

The process of rebuilding the church did not begin until 1722, under the direction of the rector, Dr Henry Briggs. It took 5 years to rebuild the church, with the aid of contributions from Viscount Townsend, the Prince of Wales (later George II), and Prime Minister Sir Robert Walpole, a Norfolk native. That Georgian building was restored between 1862 and 1874 by the eminent Victorian architect William Butterfield. Thankfully, Butterfield retained many of the earlier Georgian and medieval features.

The oldest feature in the church is a circular 12th-century font, decorated with unusual fleur-de-lys carvings.

At the east end of the north aisle is a 14th-century piscina under an ornate Decorated Gothic canopy. At the west end of the same aisle is The Chaucer Window, the gift of the Hales family in honour of Robert Hales (d. 1931). The window was designed by Francis Spear and illustrates scenes from Geoffrey Chaucer's classic 'Canterbury Tales'.

The 'Memorial Corner' commemorates those who lost their lives in four wars from World War One to the Gulf War. Stained glass windows on the north and east walls commemorate WWI soldiers and a pair of former choirboys. On the north wall is a plaque to airmen who died in 1968 when two planes collided over Holt.

One fascinating feature is a clock made in 1732 by Isaac Nickalls of Wells-next-the-Sea. The clock mechanism drives two clock faces. One face appears on the west wall of the tower and has just an hour hand. The other face appears inside the tower, facing the nave. It was placed so that only the preacher could see it and time the length of his sermons. 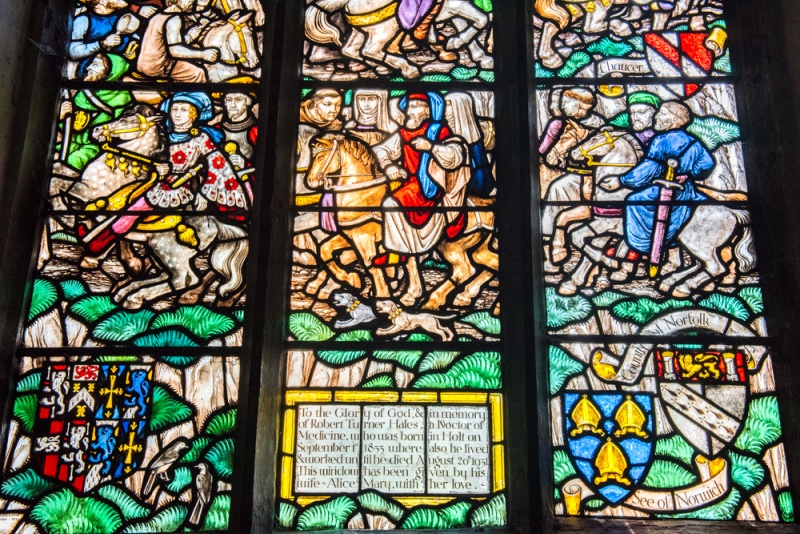 Over the piscina in the south wall is a 14th-century consecration cross, one of a dozen crosses painted when the church was first dedicated in the 14th century.

At the east end of the south aisle is a Russian icon depicting Christ with St John the Baptist. The icon has a peculiar provenance; it was taken from a ruined house in Turkey by a British soldier during WWI. When he returned home the soldier felt guilty for his theft, and donated the icon to the church.

There are several very good wall monuments. My favourite was an elegant tablet to Edmond Hobart, who died in 1666. Hobart was obviously a staunch Royalist, and must have suffered for his allegiance to the crown, for the epitaph tells us:

'He died Feb 13th AD 1666 in the 52 year of his age, after he had escaped the Malice of the Usurper who (for his Loyalty to the Blessed MARTYR K. CHARLES 1st) sought after his life, and forced him from his Paternall Seat to live in Obscurity, but his Loyalty carryed him stedfast through ye Storms of that unnaturall Rebellion & here at last he found rest and expects a blessed Immortality.'

Another very fine tablet commemorates Edmund Newdigate a physician who died in 1779. Newdigate was a native of Holt, educated at Caius & Gonville College in Cambridge, who practiced in Watton and then in Ipswich, where 'his great learning and extensive abilities soon fixed him high in his profession, and the esteem of his brethren.'

St Andrew's is a lovely church, in a very pretty market town. The combination of Georgian and Victorian architecture, with the few medieval features that survived the 1708 fire make this a delightful historic building to explore. The church was open when we visited very late on a sunny day in May. 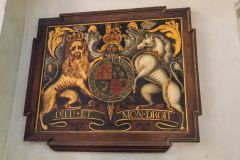 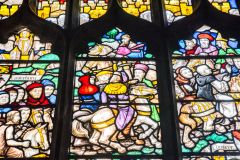 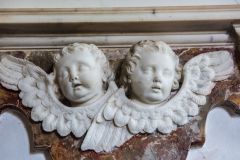 Self Catering near Holt