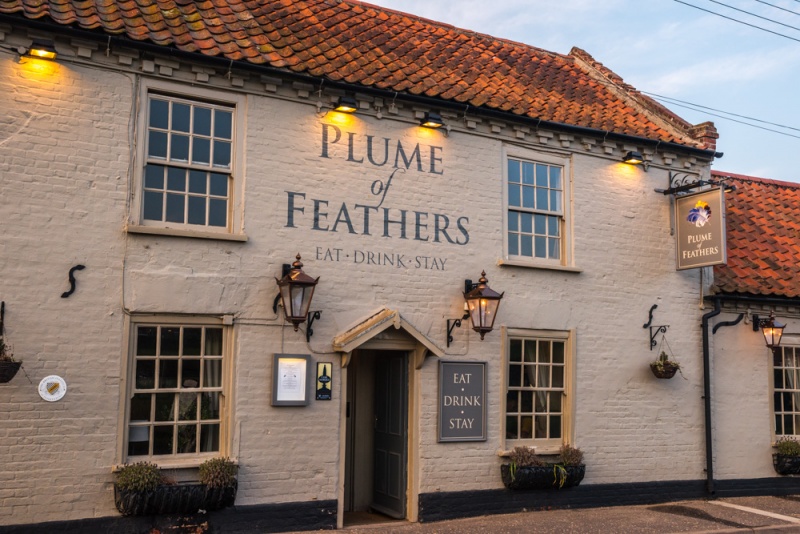 A pretty village near Fakenham, South Creake has a wide village green through which runs the River Burn, and a large number of period buildings, including the 17th-century Manor Farmhouse, and the former Black Swan pub, also 17th century.

South Creake is well worth visiting for the superb parish church of St Marys. St Mary's is primarily a 15th-century building, incorporating an earlier building. Inside is a medieval Seven Sacrament font, though it is not one of the best-preserved in the county. There is a 15th-century rood screen, and a marvellous medieval angel roof retaining many of its original carvings.

Just above the village is Bloodgate Hill Hillfort, an Iron Age fortification that is the largest hillfort in Norfolk. It probably dates to about 300 years before the coming of the Romans. Later Roman pottery and coins have been found in fields surrounding the village.

Shortly after the Norman Conquest, William the Conqueror gave the manor of South Creake to William de Beaufoe, his chancellor and personal chaplain. You can still see earthworks near the church that are all that remain of De Beaufoe's manor. A descendant, Ralph de Beaufoe, granted St Mary's church and its income to Castle Acre Priory in 1181.

The Priory was responsible for rebuilding the church in the 14th century, but their building efforts were cut short by the devastating Black Death of 1348. The church was rebuilt again in 1450 to give thanks for the English victory at Agincourt.

Local benefactors set up three charities in the village to care for the poor in 1640, 1669, and 1730. The charities are still active in providing grants to students and fuel to the elderly.

There is one pub, The Plume of Feathers, which dates to at least 1846. It was once only one of 7 inns in the village, but as the population declined locally since WWI, the others have all shut down.

Three miles away stand the peaceful ruins of Creake Abbey, begun in the 13th century as a hospital and almshouses for the poor. 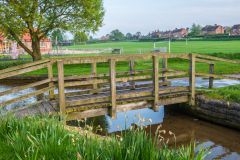 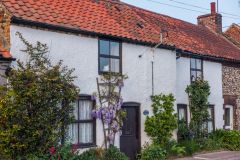 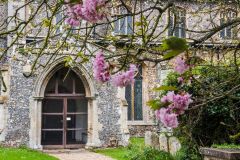 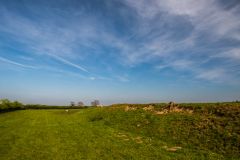 More self catering near South Creake >>