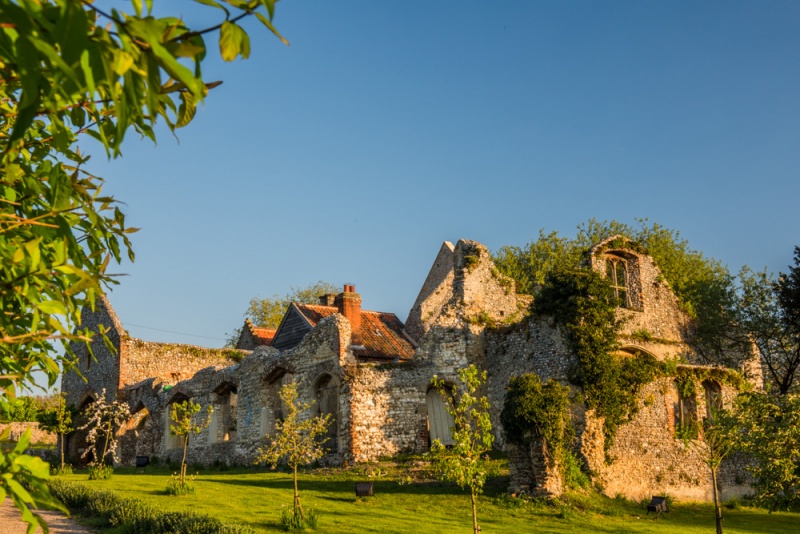 Visitors have flocked to the small Norfolk village of Little Walsingham since the 11th century to visit the Shrine of Our Lady of Walsingham. In AD 1061 Richeldis de Faverches received a series of spiritual visions in which the Virgin Mary asked her to build a replica of the house in Nazareth where the Angel Gabriel had told Mary of the forthcoming birth of Jesus.

This Richelda did, and the 'holy house' at Walsingham became one of the four greatest destinations for pilgrims throughout Christian Europe, after only Rome, Jerusalem, and Santiago da Compostella. The popularity of Walsingham was boosted because it was impossible for Christians to visit Nazareth itself, which was in Saracen hands.

In 1153 an Augustinian priory was built beside the holy house. The priory is today incorrectly known as Walsingham Abbey. Visitors still flock to the Priory, but few realise that there is another medieval monastery just a few minutes stroll away.

A very short walk south from the Abbey grounds stands the ruins of a 14th-century Franciscan friary founded by Elizabeth de Burgh, Countess of Clare in 1347.

The canons of Walsingham Priory objected to the new friary on the grounds that it would divert pilgrim money from their own coffers. And they were undoubtedly correct, for the friary site selected by Countess Elizabeth was at the entrance to Walsingham, so it would be the first holy site reached by pilgrims. 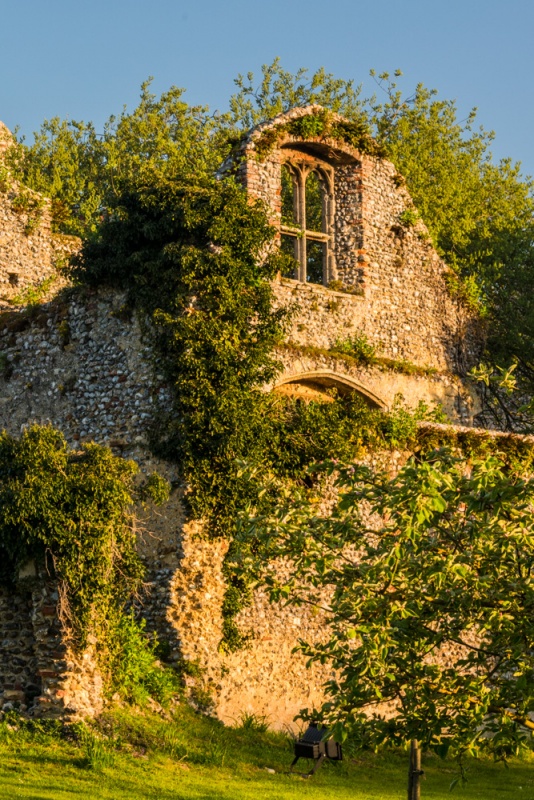 In addition, the canons were well aware that the Franciscan friars had special privileges, including the right to preach outside their friary, to hear the confession of any parishioner, and to bury anyone they wanted to in their church.

The Priory canons petitioned the Countess, King Edward III, Queen Phillipa of Hainault, and even the Pope to refuse permission for the new friary. They were refused on all sides, and the friary was authorised on 1 February 1347. Countess Elizabeth received a license to establish a friary with twelve friars under a Warden, and 4 acres one rood of land. This was later extended by another 3 acres and still later to just over 13 acres.

Like the Priory, Walsingham Friary was suppressed by Henry VIII in 1538 during his Dissolution of the Monasteries. The buildings were torn down and the contents sold. There is a record that the Guild of the Annunciation of Blessed Mary at Walsingham bought the Great Bell of the friary church. It is possible that this bell was recast as the large bell now hanging in St Mary's parish church.

The site was excavated in the 1930s and the ruins stabilised. Finds included medieval pottery sherds, carved stone mouldings, medieval tiles, and fragments of painted glass. In addition to the medieval finds a large number of 17th and 18th-century clay pipes were discovered. The friary church was investigated and it is estimated that it measured 198 feet in length.

The monastic church is almost gone save for a section of the chancel wall, but the friary's domestic buildings and guest house still stand to almost full height. Together they form the most complete remains of a Franciscan house in Britain. 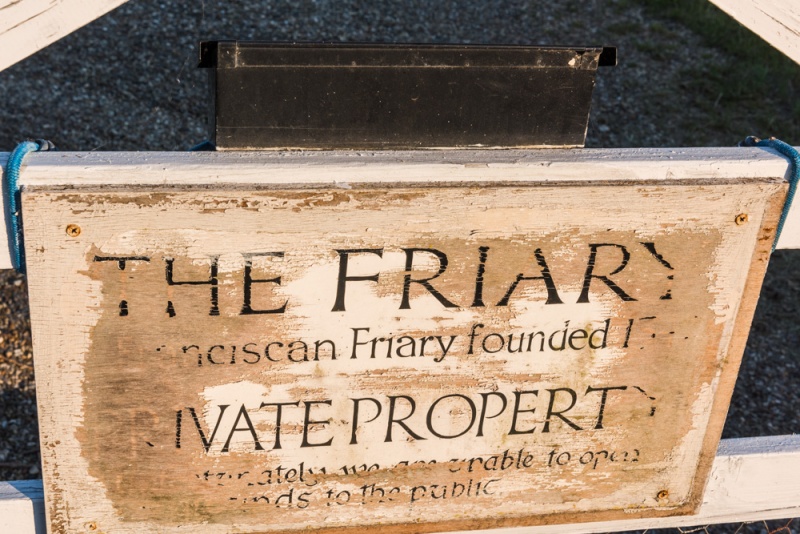 The ruins include the kitchen, preaching cloister, friar's cloister, and chapter house, where the daily administration of the friary took place. Excavation of the guest hall shows that it began as a ground floor hall with two hearths, and later an upper floor was inserted, reached by a grand staircase from the cloister. One of the windows of the original ground floor hall was then used as a cart entrance.

Built against the south end of the Friary guesthouse is an early Victorian dwelling erected in 1840. The boundary wall facing Fakenham Road incorporates blocked gateways built of re-used stone and brick.

The Friary stands on the Walsingham Estate and is unfortunately not generally open to the public. However, you can easily view the remains through a gate on Fakenham Road, just south of Church Street.

More self catering near Walsingham Friary

Self Catering near Little Walsingham