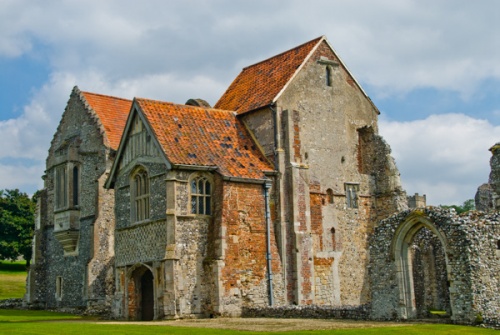 Castle Acre Priory is one of the largest monastic sites in Britain, and one of the best-preserved. The abbey here was established by William de Warenne, Earl of Surrey, and his wife Gundrada (Gundred), with the first monks arriving around the year 1090.

The Earl and Countess of Surrey had visited the abbey of Cluny in France and were so impressed by the Cluniac lifestyle that they decided to invite the monks to establish a house in England, which they did here on a slope above the River Nar.

The Cluniacs were known for their profusely decorated buildings, and at Castle Acre we see one of the best-preserved examples of this highly embellished style in Britain. The abbey church at Castle Acre is a flattering copy of the influential abbey church at Cluny. Remarkably, the west front of the church stands almost to its original height today, exhibiting superb arcading and rounded Romanesque carving detail.

The best preserved of the numerous buildings remaining on the site is the Prior's Lodging, with a private chapel and accommodation chambers. The lodging boasts exterior flint and chequerwork, and two large oriel windows with fine tracery. Near the Prior's Lodging are the remains of a barn, granary, and brewhouse. 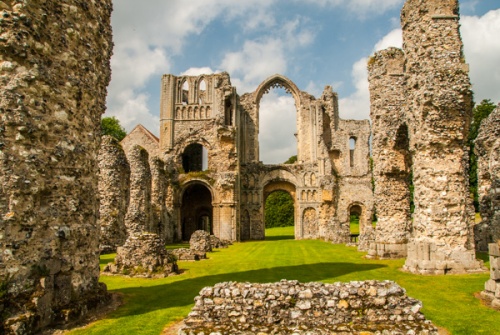 The later gatehouse at the top of the site is also very well preserved. Nearby is a recreation of a medieval herb garden, where many of the plants grown by the monks for medicinal and culinary purposes thrive

Among the intriguing exhibits at the modern visitor centre is a recording of a chant from a songbook written at Castle Acre itself. At the far end of the village are the remains of Castle Acre Castle, also established by William de Warenne. 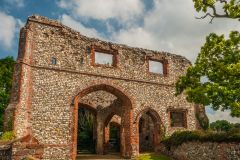 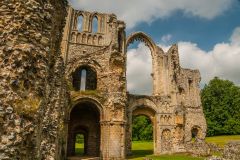 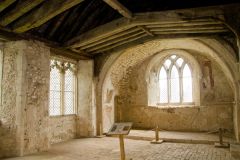 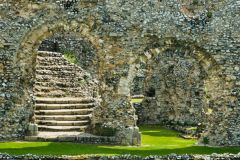 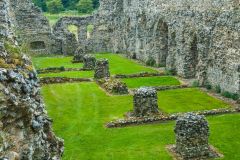 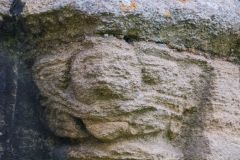 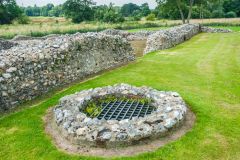 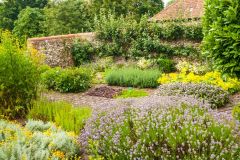