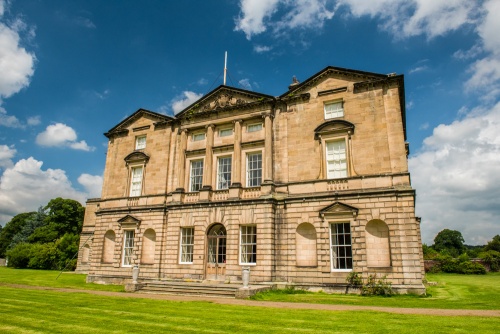 Bywell Hall
Bywell is a small village situated on the north bank of the Tyne between Hexham and Newcastle. There are four historic buildings of note in this attractive village. The first is Bywell Castle, built by Ralph Mortimer in about 1430. All that remains of the castle is an impressive fortified gatehouse.

The second building is the 18th-century manor of Bywell Hall, built around 1760 by William Fenwick, son of the High Sheriff of Northumberland. The Hall is in private hands and but is open to the public for guided tours.

There are also two historical churches in Bywell, and both are worth a visit. St Andrew's church is an ancient Saxon building, with one of the best Saxon towers in England.

While St Andrews is now redundant, nearby St Peter's is not; it is a fine Saxon building with Norman and 13th-century rebuilding. St Peter's was founded in the 9th century, possibly by St Wilfrid himself. It probably served a very early monastery, while St Andrew's served as the parish church.

Bywell's monastery must have been a very important centre of Christianity, for in AD 803 the new Bishop of Lindisfarne was consecrated at Bywell by the Bishops of Hexham, Whithorn and York. 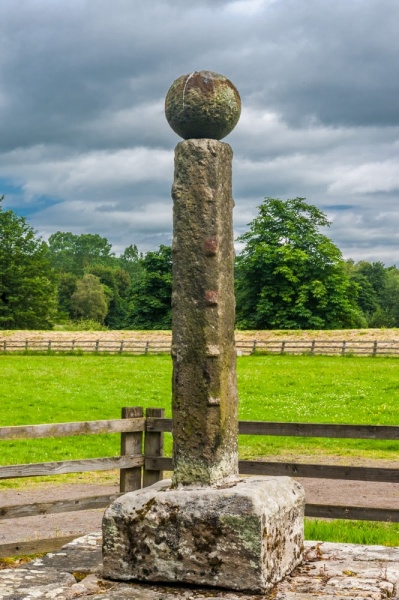 A medieval market cross stands beside the road. The cross dates to the 13th century, though it was altered in the 18th century. It stands upon a stepped base and is made of a square shaft with nailhead decoration on the chamfered sides. Atop the shaft is a ball finial. The cross stands 2.5m high but has been truncated from its original height. It originally stood between the two churches - perhaps as a parish boundary - but was moved to its present location in 1852.

There is no village centre, indeed, when you visit Bywell you'll be tempted to ask, 'where is the village?'. What you see is a country lane running past the Castle, leading to the Hall and the two churches on the river bank. And that's just about all, but the location and the beautiful historic buildings make Bywell unforgettable.

More self catering near Bywell >>

More bed and breakfasts near Bywell >>