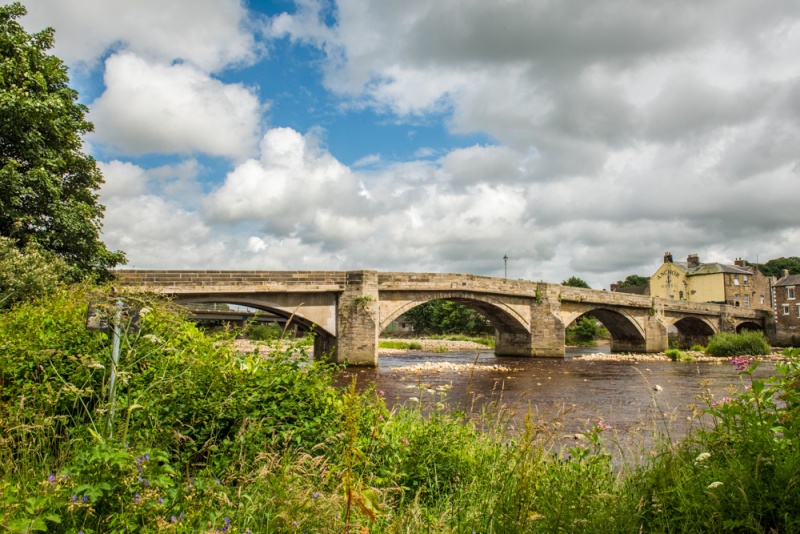 A small town in western Northumberland, Haydon Bridge dates to at least the Saxon period. There are two parish churches; the more recent dates to the 18th century, but the older, more intriguing building, was constructed in the 12th century and uses a Roman altar as the font.

Nearby is Langley Castle, home of the Earls of Derwentwater. Two 18th century Earls supported the Jacobite risings in 1715 and 1745 and both were executed for treason in London.

There are two churches in the village, not surprisingly dubbed the Old and New churches. Both are dedicated to St Cuthbert, again not surprising, for the monks carrying the saint's body from Lindisfarne were said to have rested here for a time before continuing the long journey that would eventually lead them to Durham. It is possible that the church was in existence before Cuthbert's relics arrived in Durham in AD 995, but equally likely that the Old Church grew up around the spot where the monks rested. 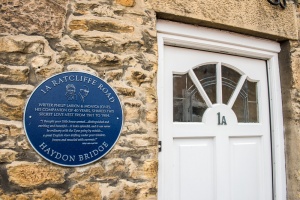 If so, it was rebuilt around 1190, with lovely lancet windows in Norman style set into the east wall. The Old Church is usually locked but a key is available from the local newsagents. It's well worth taking the time to explore the Old Church, which is set in an idyllic rural location outside the town, by The Tofts, off North Road.

The younger of the two Anglican churches was built in 1796, and later rebuilt in 1869 and again in 1898. It was built on land donated by Greenwich Hospital, which once belonged to the Derwentwater family. There is a marble font and ornate alabaster furnishings. The church boasts 4 stained glass windows by CE Kempe inserted in 1904.

The first written record of a bridge across the River South Tyne here comes from 1309. The bridge was chained off in an attempt to counter raids by Border Reivers in the 16th century. A devastating flood in 1771 necessitated a complete rebuilding of the medieval bridge.

One of the arches collapsed in 1806 and three of the total of six arches needed to be repaired. A new, wider bridge was erected in 1970 to deal with increased traffic flow but the picturesque 18th-century bridge still offers one of the iconic sights in Haydon Bridge.

A grammar school was opened in 1685 by Reverend John Shaftoe. It is interesting to look at the subjects taught; boys and girls were given free lessons in English, writing, mathematics, geography, and navigation. For a charge on one penny per quarter, the children could learn Greek and Latin.

The most famous native of Haydon Bridge was the artist John Martin, who attended the Grammar School. Martin was born in 1789 in East Lands End. He later moved to Low Hall, then to a third house on Ratcliffe Road. He studied art in Newcastle before moving to London and launching a successful career based on oil paintings, usually on a Biblical theme.

Most of his paintings were inspired by Old Testament stories, though he also painted landscapes depicting the Northumberland landscape of his childhood. His most popular work was Belshazzar's Feast, exhibited in 1820. Though his name might not be as well-known today, during his lifetime Martin was considered one of the foremost artists in England. A signposted heritage trail links sites around Haydon Bridge associated with Martin's early life.

At 1a Ratcliffe Road a blue plaque indicates the house where poet Philip Larkin and Monica Jones shared a 'love nest' from 1961-1984. 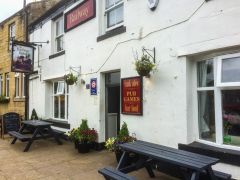 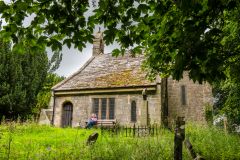 More self catering near Haydon Bridge >> 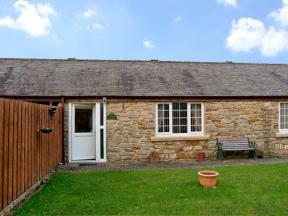 This terraced cottage is located near to Haydon Bridge in Northumberland and can sleep two people in one bedroom.
Sleeps 2 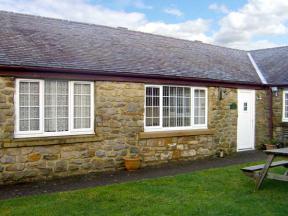 This terraced cottage is located near to Haydon Bridge in Northumberland and can sleep four people in two bedrooms.
Sleeps 4