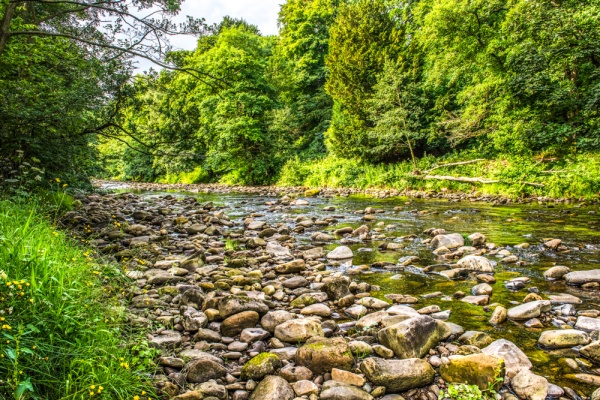 The River Allen at Allen Banks

One of the most popular countryside areas in Northumberland is the Victorian pleasure garden of Allen Banks, laid out along the River Allen just east of Bardon Mill. The rover runs through a dramatic wooded ravine of Saward Gorge, and footpaths lead visitors on a circular walk through the largest area of ancient woodland in Northumberland.

The landscape of Allen Banks was designed over the course of 30 years by Susan Davidson as a wilderness garden. From the beginning, Davidson wanted to create a natural space that visitors could enjoy.

The history of Allen Banks goes back long before the woodland was planted, back to the 16th century, when the Ridley family of Willimoteswick Castle owned the estate. The Tudor Ridley Hall was destroyed by fire in the 18th century, then rebuilt and the estate sold to the Lowes family, owner of the nearby Allensgreen estate. 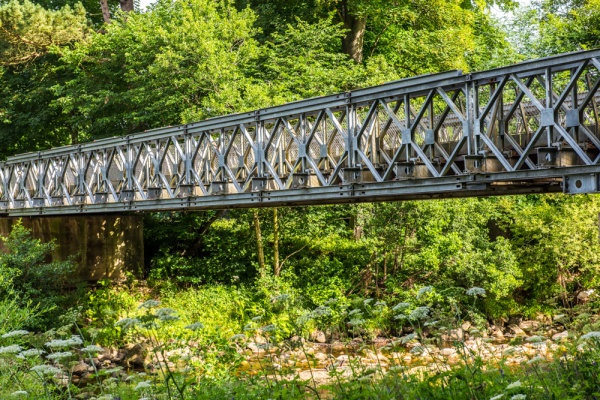 A footbridge over the River Allen

The male line of the Lowes family died out and the surviving heiress, Mary Ann Lowes, sold the estate. It passed through several hands until it was purchased by John Davidson of Otterburn as a gift for his wife Susan. Susan Davidson was the granddaughter of the 9th Earl of Strathmore, and was related to the Bowes-Lyon family.

Susan Davidson laid out formal gardens near the Hall, and began the system of paths, summerhouses, and picturesque footbridges along the River Allen south of the Hall. She also planted and developed the woodland that now lines the river banks, a process that continued for over 35 years until her death. When Davidson died she left the estate to her cousin John Bowes. The Hall was rebuilt in 1891, and in 1942 Frances Bowes Lyon gave the entire Allen Banks estate to the National Trust. 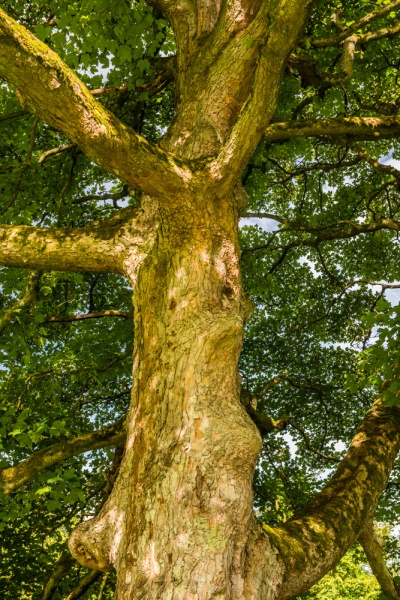 An old oak spreads its branches

The northern section of the Allen Bank estate is more peaceful and placid, with well-marked trails through woodland. The southern section surrounding Staward Gorge is wilder and more challenging to walk. Bluebells and wild garlic carpet the forest floor in spring and early summer, and autumn is the best time to see fungi such as deathcap and panthercap. Allen Banks is home to over 180 species of fungi, making it one of the best places in north-eastern England to spot varieties of mushrooms and other fungi.

The best way to explore Allen Banks is to begin at the National Trust car park at the northern tip of the estate. The car park is located beside Ridley Hall, signposted off the A69 1 mile east of Bardon Mill. Don't turn into the drive to Ridley Hall, but continue past the gates to the car park entrance.

Beside the car park is a National Trust unmanned interpretation centre with maps and information about walks through the estate. The main circular walk runs down the west bank of the river, crosses a footbridge to the east bank, and comes back up before recrossing by another footbridge and completing the walk back at the car park. It takes less than 1 hour to complete the circuit, which is roughly 4km (2.5 miles) long. 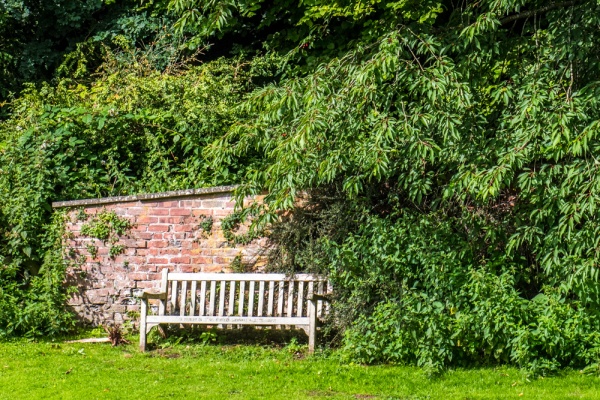 A pleasant bench at Allen Banks

The route is well signposted, but if you fancy a longer walk I suggest taking along the Ordnance Survey Explorer map OL43.

The most interesting historic feature is the ruins of a fortified farmhouse at Staward Pele. Staward Pele Tower dates to the early 14th century and was built by Antony de Lucy of Langley on the site of a Roman temple,

The tower stands on a rocky promontory that can only be accessed by a narrow causeway. The tower was seized by Edward II in 1326, and later passed from Queen Phillippa to her son Edmund of Langley, Duke of York. In 1385 the Tower was leased to the monks of Hexham Abbey, who held it until the Dissolution of the Monasteries.

The Pele can be reached via a public footpath off the A686 at the southern end of the Allen Banks estate. There is room to park off the road, though there are no facilities as there are in the Trust car park by Ridley Hall.

Self Catering near Hexham