HERITAGE HIGHLIGHTS:   Font made from a Roman altar 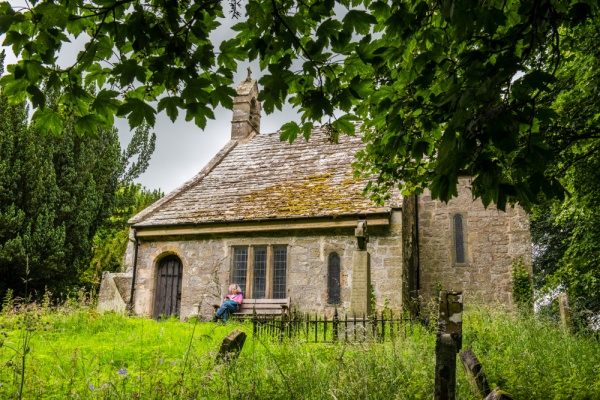 On a hillside overlooking the town of Haydon Bridge stands the 'Old Church', which, like the present parish church in the town below, is dedicated to St Cuthbert. The dedication is more than random; when the monks of Lindisfarne were forced to leave their priory by Danish raiders in the 9th century they carried with them the relics of St Cuthbert. Haydon Bridge is one of the places the monks rested.

It is possible that the Old Church was in existence by the time the monks reached Haydon Bridge. If so, it was rebuilt around AD 1190, with narrow lancet windows in Norman style. The first written record comes from the Northumberland Assize Rolls of 1256, when a complaint was lodged against Nicholas de Boltby, Lord of Langley, for closing a right of way used by his tenants to reach the church.

The church was built as a chapel of ease to the parish church of Warden, and built with re-used Roman stones. The chapel was later granted by the Lord of Langley to the monks of Hexham Abbey.

The chapel was later partly demolished, leaving only the chancel, and stones were taken to build the present parish church. The building was then converted into a mortuary chapel before being restored in 1882. 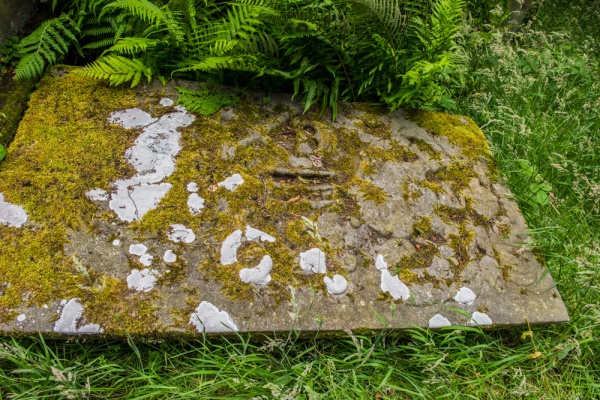 In the east end wall of the south chapel is a 14th-century window with stained glass in memory of Jane Routledge, who left a bequest of £20 annually to spinsters or widows of Haydon chapelry.

In the north wall is a blocked doorway with a square head, which probably gave access to a former sacristy. Several of the stones used to block the door are carved with sculptural figures. West of the doorway are two marble wall tablets. The first, with a peculiar wrought-iron 'manger' below the monument, is to John Bacon of Staward, d. 1736. Bacon was a mining speculator who made a fortune from the lead mines at Alston.

The second tablet is to John Aynsley of Threepwood. Aynsley was a magistrate and helped raise a regiment to combat Bonnie Prince Charlie during the 1745 Jacobite Rebellion. 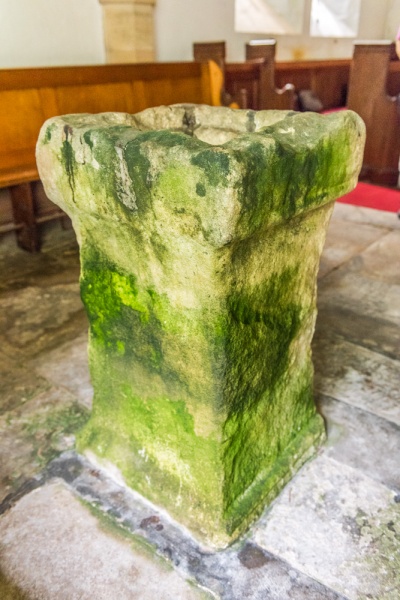 The font, made from a Roman altar

The most interesting historic feature in the church is the font, made from a Roman altar. If there was ever a Roman inscription it has long since been worn away. It is possibly the only example of a pagan altar being used as a baptismal font in England.

"Here lieth the body of Mr Simon Drydon of the lees who died the 13th day of March MDXCCLX in the 49th year of his Age. During the four last years of his life he was tapped for the Dropsy LIII times and had taken away from him above MCCCC pints of water he bore his Disorder with wonderful Resolution and in the Intervals of tapping Pursued his Business with chearfullness and never dreaded the Operation he was remarkable for his Neatness in Husbandry an affectionate Husband a Sincere Friend & A good neighbour. Margaret his wife ob Jan 23 100 AEt 83."

In 1771 a Saxon cross known as the 'Cross of Haydon' was taken from the chapel by Mr Tweddle of Threepwood. He put the cross up at the south end of Haydon bridge, the took it to a field near Low Hall Farm. In 1835 workmen digging a drain broke up the old cross and put the pieces into the drain. The nearby stream is still called Crossley Burn.

On 19 July 1789 John Martin, son of Frederick and Bella Martin of at Land Ends was baptised in the Roman font in the Old Church. Martin would go on to become a famous engraver and engineer, and one of the most popular British artists of his time. Haydon Old Church is part of the 'John Martin Trail' set up by the Haydon Bridge John Martin Heritage Group. 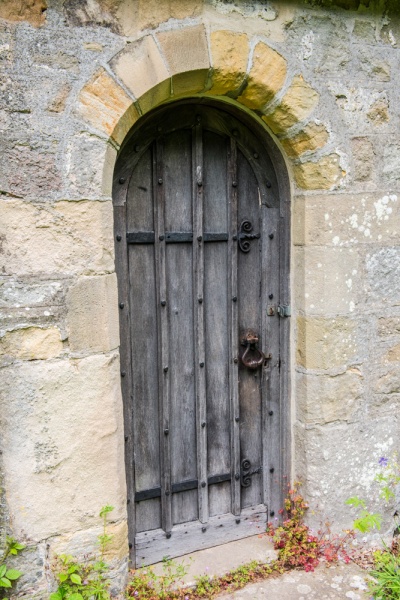 You have to solve two problems to visit the Old Church. One is finding it, and the other is getting the key. The latter is easy; just ask at the village shop on Church Street. We had to pay a deposit which was returned when we brought back the key. The other problem is how to find the church.

Head north up Church Street, across the railway tracks where the road becomes North Bank. Continue up the hill and take the first right turning onto Tofts Banks. The road strikes off across the hillside, with good views over the town below. When you come to a Y junction keep right. The road will bend sharply to the left, and the church is hidden by trees off to your right.

There is no obvious place to park. We managed to pull into a wide area by the entrance to a farm field just past the church. If you don't mind a bit of exercise you can walk from the town centre, taking the footpath leading straight up the hill just north of the railway tracks. 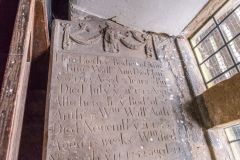 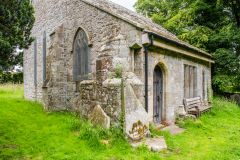 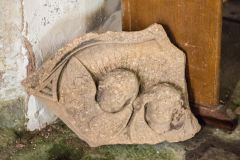 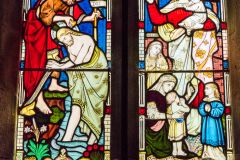 Self Catering near Haydon Bridge