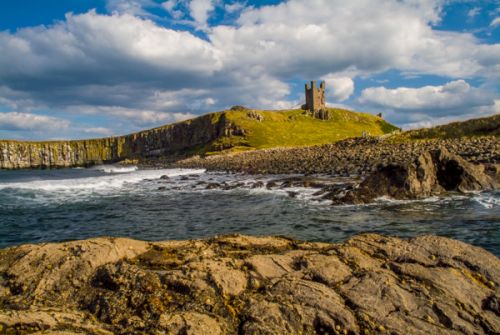 Dunstanburgh Castle is, without doubt, one of the most striking and evocative medieval castles in England. The castle sits atop high cliffs on a promontory overlooking the North Sea. The striking remains are all the more evocative when you consider that they can only be reached by a mile-long footpath along the coast from Embleton to the north or a slightly longer path from Craster to the south. The castle is the largest in terms of area in all of Northumberland.

Dunstanburgh Castle was constructed by Thomas, Earl of Lancaster, in 1313, on a site that had been in use since prehistoric times. Lancaster was pressed by his royal cousin, Edward II, to join the king's expedition to Scotland. Lancaster refused, and retreated to his Northumbrian power base, where he began building his new castle, though he did not have the necessary royal permission to crenellate.

If Lancaster had joined Edward's invasion force it might have changed the course of history, as Edward was beaten by Robert Bruce at Bannockburn and the scales of Scottish independence tipped in Bruce's favour. But Lancaster's refusal was typical of his troubled relations with the crown. Edward and his cousin were briefly reconciled and the king granted a license to crenellate in 1316, but by that time Dunstanburgh was almost finished. 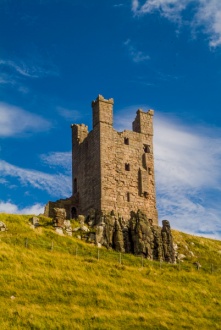 Lancaster led a revolt against Edward in 1322, a revolt that ended in defeat at the Battle of Boroughbridge. Lancaster was captured and executed at Pontefract Castle. The still unfinished castle stayed with the duchy of Lancaster, and in the late 14th century was expanded by the most famous Duke, was later expanded by John of Gaunt.

The castle finally fell out of use after 1399, when the Duchy was merged with the crown.

The castle was besieged twice by the Earl of Warwick during the Wars of the Roses and so badly damaged that it gradually fell into ruin.

The most impressive part of the ruins is the massive gatehouse, flanked by two D-shaped towers. The towers fulfil a dual purpose as both gateway defences and residential quarters. The hall, the main living area for the castle lord and retainers, was on the top floor. 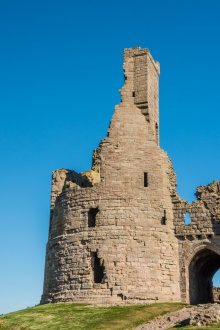 When John of Gaunt set about his rebuilding at Dunstanburgh in the 1360s he blocked the gatehouse passage and inserted a new gate in the nearby curtain wall, defended by a projecting barbican. This effectively marooned the earlier gatehouse towers, turning the keep/gatehouse into a keep tower. He built a walled courtyard behind his new tower, with a constable's lodging in the courtyard.

John of Gaunt's blocking walls were torn down in the Victorian period, leaving the castle with two entrances close together.

Views of the castle across the sweep of the coastline to the north and south are stunning, a fact that painter JMW Turner certainly appreciated, as the famed landscape artist painted Dunstanburgh on several occasions.

Dunstanburgh is one of the most dramatically situated castles in northern England, with almost sheer cliffs on the seaward side and crumbling, ruinous towers creating ragged silhouettes on the skyline. It's a stunning location, with the sound of the waves and seabirds calling creating atmospheric background noise. 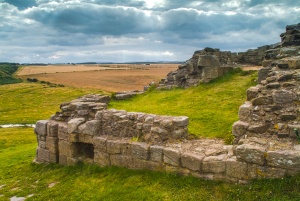 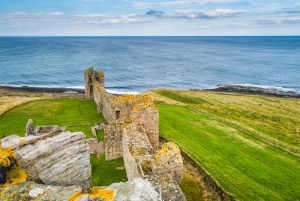 View from the gatehouse tower 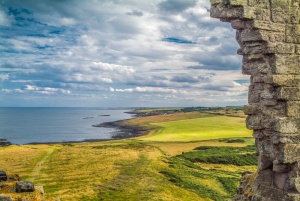 Looking south along the coast 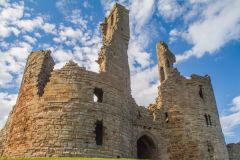 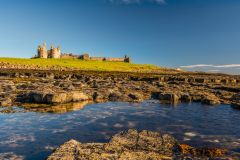 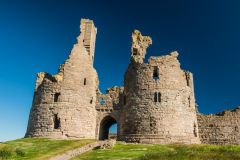 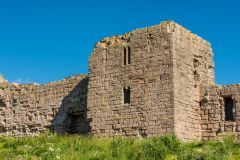 More self catering near Dunstanburgh Castle >>

The Tavern - Steakhouse and Lodge - 6.7 miles
Alnwick, Northumberland
Stay from: £30.00 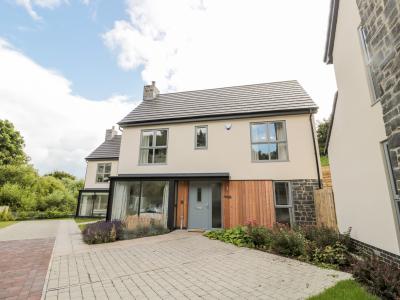 This charming cottage rests in Craster, Northumberland and can sleep eight people in four bedrooms.
Sleeps 8