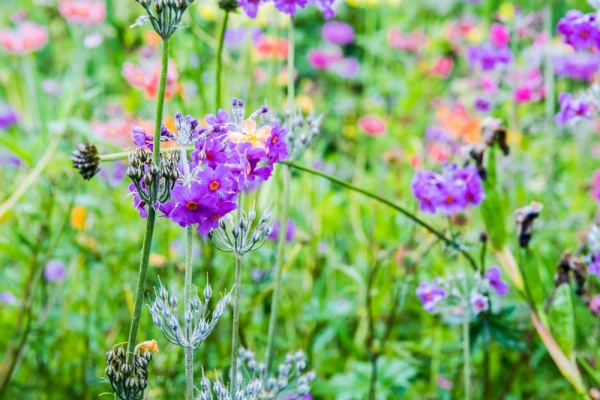 Howick Hall is a beautiful 18th-century stately home a few miles from the Northumberland coast. Howick is the ancestral home of the Earls Grey, among whose number was Charles, the 2nd Earl Grey, who gave his name to the popular blend of tea. The Hall is set in beautiful gardens which are open to the public.

The Grey family have owned Howick since 1319. The Hall was built in 1782 by William Newton, a Newcastle architect, to replace the Grey's medieval fortified tower that had stood on this site. In 1809 the 2nd Earl called in George Wyatt to enlarge the 18th-century house and add a terrace to its south side.

Lord Grey served as Prime Minister from 1830-1834. His term in office saw the introduction of the Great Reform Bill of 1832, which paved the way for the modern democratic parliamentary system. Lord Grey is best-remembered, however, for the introduction of Earl Grey tea! 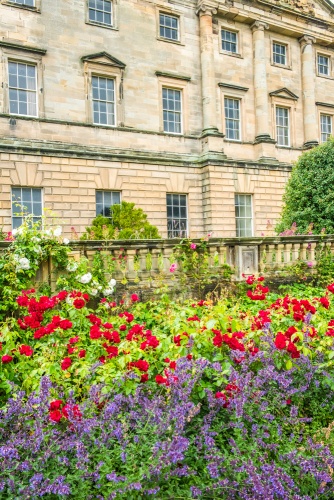 Not only was the tea named after Lord Grey but it was created right here at Howick Hall. The tea is a unique blend of tea using bergamot to offset the taste of lime from the well at Howick Hall.

Lady Grey used the special blend when entertaining guests at her political parties in London. It was so popular with her guests that she was asked if it could be sold to the public.

She agreed, and the Twinings company was allowed to market the tea blend. Unfortunately for Lord and Lady Grey, they did not take any steps to protect their rights to the name and thus never received a penny from the sale of 'Earl Grey Tea'.

As for Howick Hall, the house was gutted by fire in 1926 and all the contents on the upper two floors were lost. The interior was restored by Sir Herbert Baker in 1928. Baker added a grand entrance portico over the front hall and introduced a central well and a rotunda to link the front and rear halves of the house. The Grey family now live in the west wing of the house. 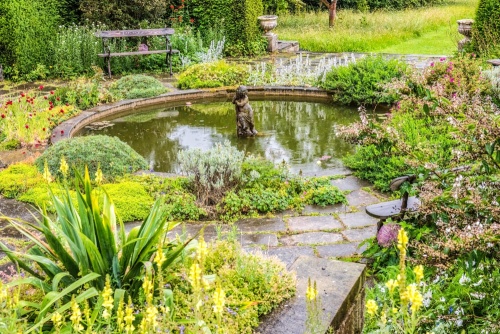 A quiet pool below the Hall

Though the house stands just 2 miles from the coast the site is relatively sheltered, creating a slightly milder climate that allows tender plants to flourish. The gardens are the work of Charles, the 5th Earl Grey and his wife Mabel and span the period from 1920-2001.

Lord Grey had connections to several leading gardeners of the early 20th century; his uncle was George Holford of Westonbirt Arboretum in Gloucestershire - now the largest arboretum in Britain - and he was close friends with Giles Loder of Wakehurst Place in Sussex. Both Loder and Holford gave Lord Grey rhododendrons introduced in the UK from China and the Himalayas.

The Greys followed the inspiration of writer William Robinson and laid out a natural, informal style of garden, replacing the formality introduced by their Victorian ancestors. They swept away all of the earlier 19th-century gardens except for a few mature trees.

The result is a superb informal garden, known for spring bulbs and beautiful woodland trails. Highlights include herbaceous borders and a rock garden planted with summer plants. 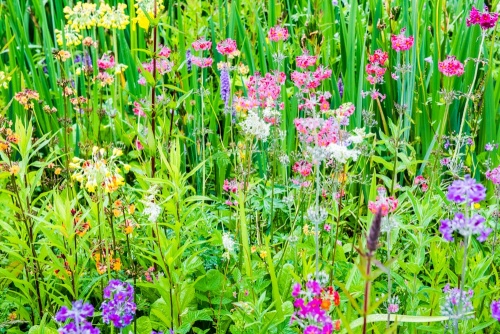 The garden includes a large arboretum covering 65 acres that is home to over 11,00 trees from across the globe. The arboretum is divided into six distinct areas, each featuring trees from a different part of the world. There are areas devoted to Europe, North America, the Southern Hemisphere, India and Pakistan, East Asia, and China and the Himalayas.

Colour-coded walking trails lead through the arboretum. There are three major trails covering short, medium, and long routes through the woodland. Plants are well-labelled with the botanic and common names, the province and country of origin. The arboretum is home to one of the largest collections of wild origin plants in Britain.

One unexpected treat is a large population of native red squirrels; the Howick estate is home to one of the largest colonies of red squirrels remaining in England. 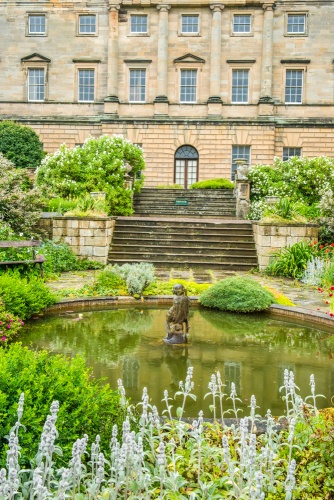 The south terrace of Howick Hall

Another interesting garden area is a bog garden, laid out around a small pond. This area showcases plants grown from seed collecting expeditions around the world and is at its best in the summer months. Many of the species here come from China, with others from India, New Zealand, Japan, and the Americas. The star species is Rheum alexandrae, from Sichuan in south-west China.

The most popular feature of Howick Hall Gardens is Silverwood, a woodland garden begun by Lord Grey in 1930. This garden area is known for its colourful rhododendrons.

To the south of the Hall are formal terraces consisting mainly of herbaceous perennials. This area is at its best in high summer, after the woodland garden has begun to fade. This area is lush with geraniums, mallows, lupins, delphiniums, poppies, and roses. Near the east wing is the Clock Border, featuring herbaceous perennials, climbing plants, and flowering shrubs.

Howick hosts an annual snowdrop festival in February, when the woodland gardens are brightly coloured with thousands of brilliant white blossoms.

If you are feeling energetic the Long Walk follows the course of Howick Burn for over 1.5 miles to the sea. Many of the longer walks at Howick are suitable for wheelchairs.

Do take time to visit the beautiful 19th-century church of St Michael and All Angels, located in the gardens just a short walk from the Hall. 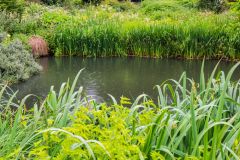 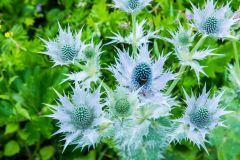 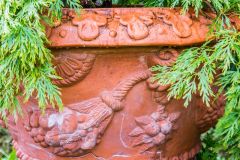 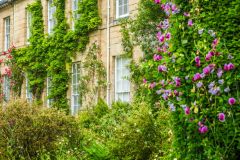 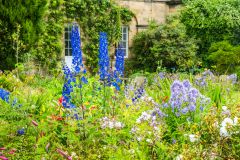 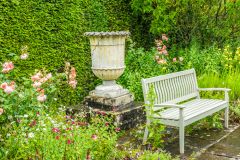 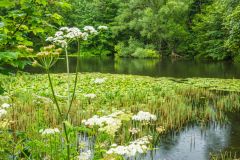 The Tavern - Steakhouse and Lodge - 4.9 miles
Alnwick, Northumberland
Stay from: £30.00

Self Catering near Alnwick