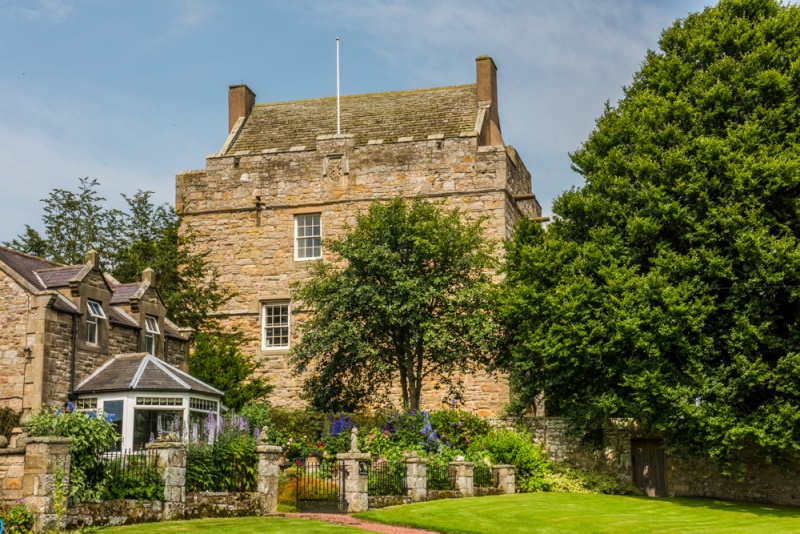 Alternately described as a castle, manor, or vicar's pele, Elsdon Tower is a 14th or 15th-century fortified house, probably built for the vicar of nearby Elsdon church. It stands on a small mound, or knoll, overlooking the village green. It was originally four storeys in height but was altered into three storeys in the 17th century.

There was a tower in Elsdon as early as the 14th century, though that early structure may have been heavily remodelled in the 16th century. The parapet is carved with the arms of powerful local families who acted as patrons of the nearby church, including the Umfravilles, Percy's, Howards, and Lucy's.

Elsdon Tower has been called the best-preserved historic building in Northumberland National Park. Its position on a natural mound helped create added protection against the reivers that terrorised the border region between Scotland and England well into the 16th century.

The pele was built for defence, a fact which becomes obvious when you see the exterior walls, fully eight feet thick. A spiral stair is built into the thickness of the walls and rises up to parapet level.

The ground floor, originally used for storage, is built with barrel-vaulted ceilings. The storage areas have been converted into an elegant drawing room. On the first floor is a hall with a Tudor fireplace, and the second floor was built to provide private quarters for the family.

The first written record of a castle at Elsdon comes from 1415 when Henry V compiled a list of castles in Northumberland. At that time it was recorded as belonging to the rector of St Cuthbert's church. It served as a rectory for over 500 years, with new generations of rectors adding more comfortable additions and renovations as the need to defend against attack waned.

The tower finally passed into private hands in 1961 and is still a private residence. as such it is rarely open to the public but you can still get very good views of the house from the drive.

Visitors are allowed, however, walk down the Tower drive about 50 feet, to a point where you can get a very good look at the east face of the pele and the later additions. You can also get very good views of the south side of the pele from outside the property wall.

Also in Elsdon is Elsdon Castle, a motte and bailey fortification dating to the 11th century. 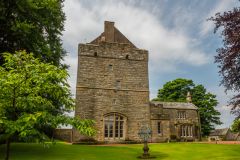 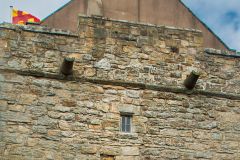 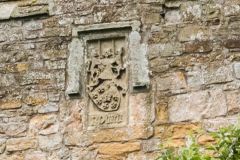 More self catering near Elsdon Tower >> 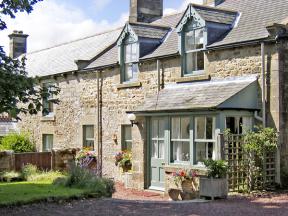 This Grade II listed cottage is situated on the edge of the village of Elsdon, in the Northumberland National Park and sleeps five people in two bedrooms.
Sleeps 5 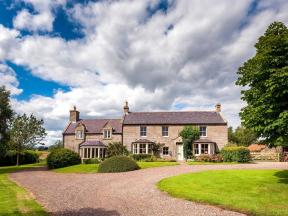