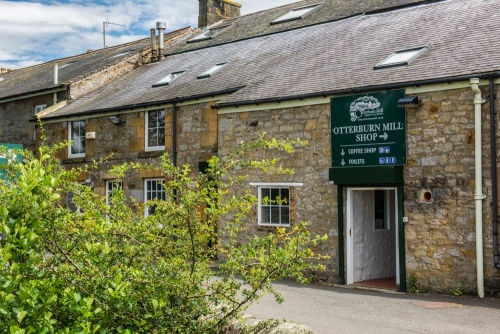 On the outskirts of the Northumberland village of Otterburn is Otterburn Mill, a woollen mill begun in the 19th century and still in operation.

The story of Otterburn Mill began in 1821 with William Waddell of Jedburgh, the son of a prominent Scottish weaving family. Waddell fell in love with 17-year-old Charlotte Ferrier, a student at a School for Young Ladies in Edinburgh. Charlotte and William eloped and fled over the border to Northumberland, settling in the remote village of Otterburn.

William and Charlotte leased a mill building by the stream that gave Otterburn its name. The lease terms were strict; a 109-year term that essentially prevented expansion. Undaunted, William hired a small local workforce and began to take in wool fleeces from local farmers.

The wool was transformed by the mill to knitting yarn, and sent to handloom weavers who produced blankets and woollen cloth in their own homes. The finished products were returned to the mill where they were washed and finished, ready for sale. In return for the raw wool, the Waddell's gave the farmers finished blankets, cloth, and knitting yarn. 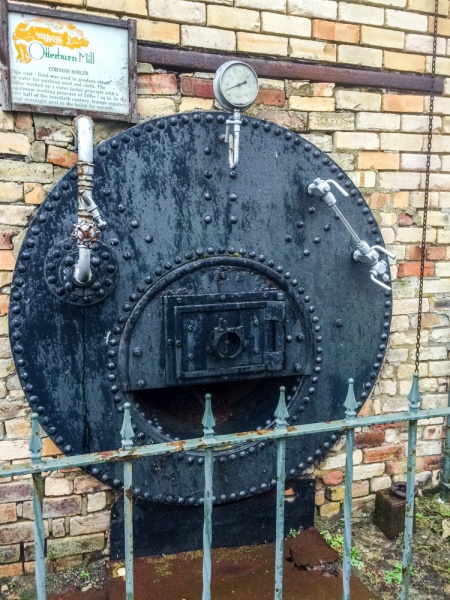 Farmers essentially bartered their raw wool for finished goods. Each farmer's wool was assessed at shearing time in July and August, and they were issued a credit note against the wool's value. Then throughout the year the farmer could use his credit to barter for finished woollen goods. This practice continued until the 1960s.

The mill was handed down through generations of the Waddell family, but it was under the third William Waddell that it really took off. William mechanised the time-consuming hand production methods, adding automatic carding machines and a spinning jenny to the mill. In 1910 the mill installed power looms, run by a diesel engine.

Otterburn Mill is famous for its connection to the royal family. Princess Alexandra was known to favour Otterburn tweed and rugs, and each royal estate ordered a set of unique tweed garments for gamekeeping, fishing and shooting parties. 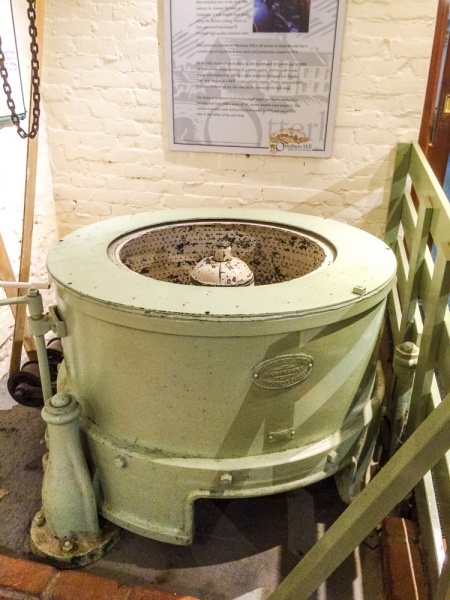 In 1926 the royal family ordered a small rug to fit the pram of Princess Elizabeth (now Queen Elizabeth II). The pram rugs proved so popular that they are still being made today - and you don't have to be royal to buy one! Otterburn Mill products were adopted by fashion designers like Dior and Schiaparelli, and garments made from Otterburn wool were featured on the cover of high fashion magazines like Vogue.

Outmoded production methods caught up with Otterburn Mill (and the entire British woollen industry) and by the 1970s it could no longer compete with cheaper goods from the international market. The Mill finally closed its doors in 1976. In 1995 the old mill site was sold to the Pringle family, who also had their roots in the Scottish woollen trade. The Pringle family redeveloped the mill site as a combination of retail outlets and a very popular cafe.

Yet the old mill machinery was not swept away in the redevelopment, but incorporated into it. Visitors can wander through the cafe and examine historic knitting and carding machines, and see the generator that drove the machines. 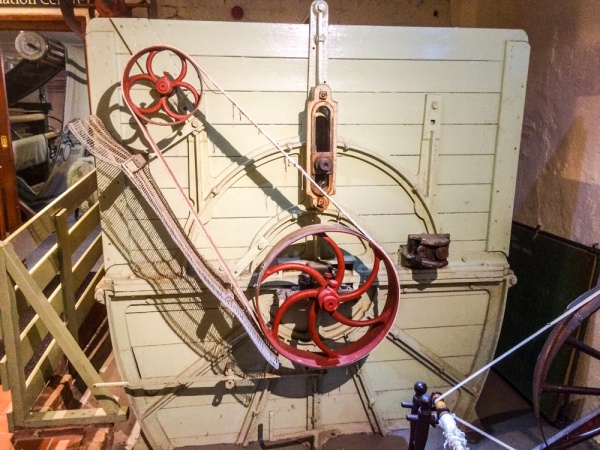 Outside the mill entrance is a coal-fired Cornish boiler, used to produce steam and water for washing wool and woollen cloth. In the early 20th century the boiler was a destination for tramps who slept overnight next to the warm surface of the boiler.

Inside the mill is a scouring machine, used to wash long lengths of cloth. The bottom of the scouring machine was full of hot, soapy water and the cloth was passed between two rollers. It took up to two hours to clean the cloth in this way. You can also see a large hand loom, as well as samples of the woollen cloth produced by the mill.

Outside the mill buildings are a playground and a traditional orchard, with footpaths into the surrounding countryside. The two mile Otterburn Trail links public footpaths through grassland and along the stream.

The Mill combines a retail shop selling outdoor and country clothing, a restaurant, and mill visit experience. The mill machinery is free to visit. The Mill stands on the B6320 just south of the village centre. 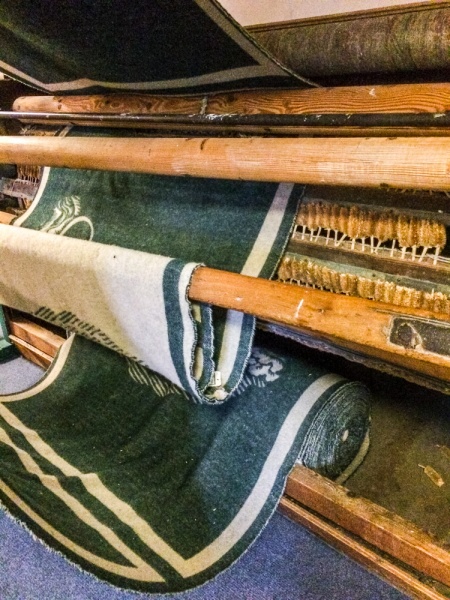 Cloth on a hand loom 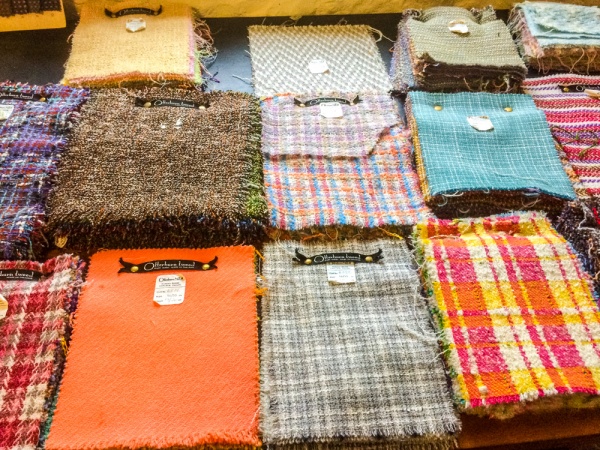 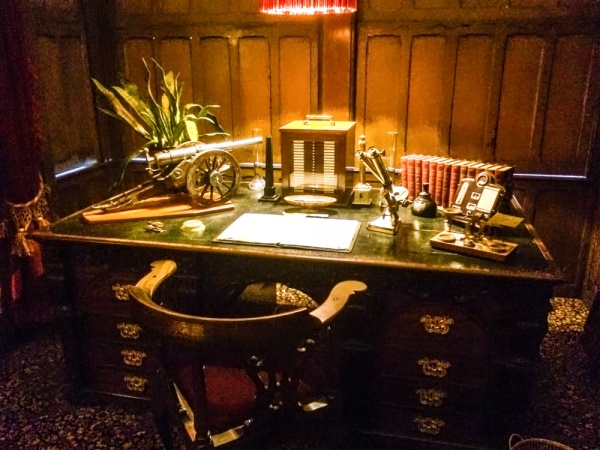 More self catering near Otterburn Mill