HERITAGE HIGHLIGHTS:   Marks the site of the Battle of Otterburn 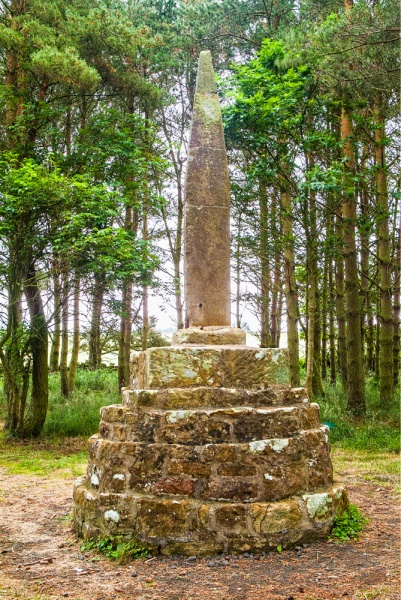 On 19 August 1388, a Scottish army under the 2nd Earl of Douglas met an English force led by Henry 'Hotspur' Percy, son of the Earl of Northumberland, in fields just west of Otterburn village, Northumberland. In a bizarre battle fought by moonlight, Douglas was killed, but the English were routed and Percy was taken hostage.

The exact site where the Battle of Otterburn was fought is a subject of debate among historians, including author Sir Walter Scott.

What is known is that after the battle a stone was erected to mark the spot where Douglas fell. His body was mounted on a bier to be carried to Melrose Abbey for burial beside his father. A series of socket stones called 'Golden Pots' were erected at each place where the bier was set down for the day.

Sometime before 1400 a stone was erected in honour of the Earl of Northumberland, whose two sons both fought and were taken captive in the battle. It stood about 150m east of the present cross.

The stone cross was restored and re-erected in 1777, when Hugh Percy, the 1st Duke of Northumberland, wanted a monument to celebrate his ancestors' role in the battle. Percy offered to pay the land owner, Henry Ellison, to erect the monument, but Ellison declined, perhaps fearing that the Duke would then have some claim to the land. Instead, Ellision chose to erect a stone monument within sight of the new turnpike road through Redesdale. So the medieval stone was taken down and re-erected in its present position. 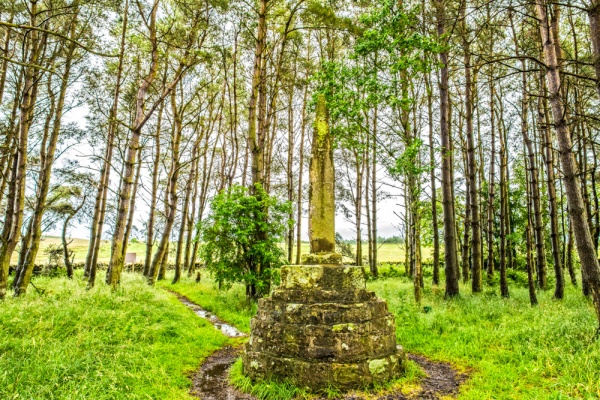 The Percy Cross from the south

The original medieval cross head was removed. The cross head is now kept inside the porch of St John's church in Otterburn.

The Percy Cross is a slender, tapering column of sandstone set in a stepped plinth made of six unevenly spaced steps. The column is 1 metre high and is set in the original medieval stone socket. This socket appears to be the oldest part of the monument. The column is thought to have come from an architrave in the kitchen fireplace at Ellison's home of Otterburn Hall.

There is some confusion over the designation 'Percy Cross'. A map of 1769 calls it Battle Stone, and in fact, it seems likely that the name 'Percy Cross' was misapplied and was caused by confusion over another Percy Cross at Hedgeley Moor, marking the spot where Sir Ralph Percy was killed in 1464.

The cross stands in a lovely wooded copse of trees just north of the A696 1km west of Otterburn village. There is free parking at the site. An information panel stands at the bottom of a short trail through the trees to the copse, which stands in a clearing. There is a very short path beyond the cross to another information panel explaining the history of the battle, looking out over the presumed site of the Battle of Otterburn. 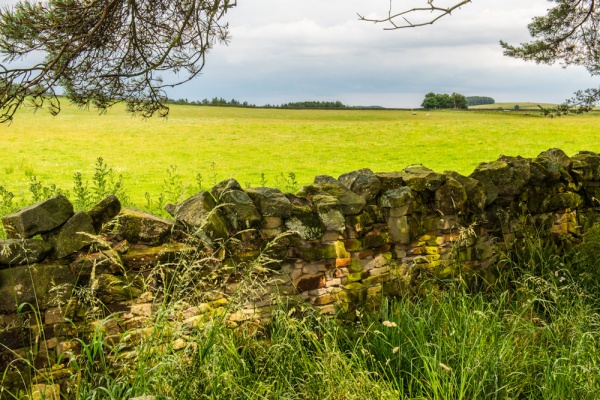 The battlefield from the Percy Cross site

More self catering near Percy Cross