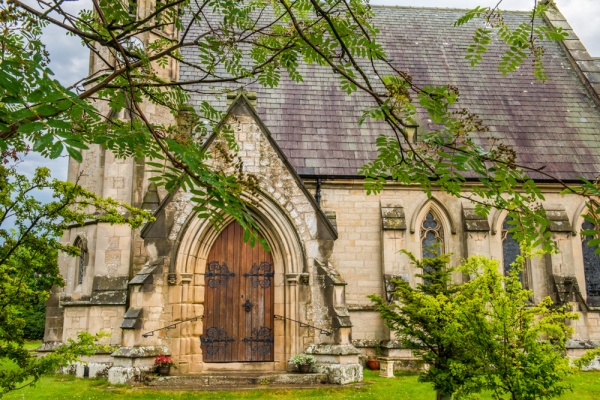 On 19 August 1388 a force of Scots under James, Earl of Douglas met an English army led by Henry 'Hotspur' Percy in the fields just west of Otterburn village. In a bloody battle waged by the light of the moon, the Scots emerged victorious, though Douglas was killed. The battle site was commemorated by a stone cross, dubbed 'The Percy Cross'.

The head of the medieval cross now lies in the porch of St John's Church in Otterburn, and the Percy Cross has been restored with a more modern head. At least, that is one theory. another theory is that the cross head inside thew porch was discovered in a well on Girsonfield farm, north of Otterburn Tower. Since there is some uncertainty as to the actual battle site it is possible that both theories are correct.

The church itself is Victorian, begun in 1855 and dedicated in 1857 by the Bishop of Durham. The church was then under the Rectors of Elsdon, but became a parish in its own right in 1921. 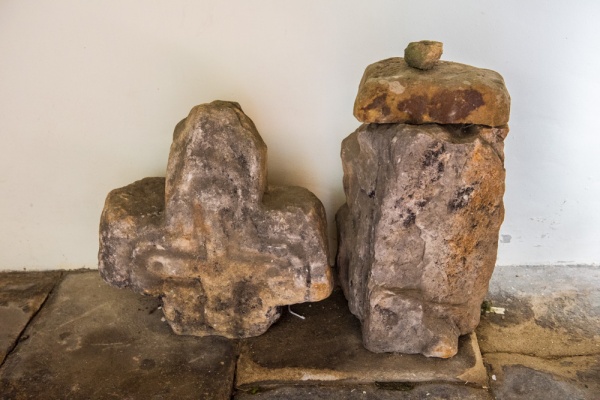 The church was designed by John Dobson, a prolific architect born in South Shields in 1787. Otterburn was one of Dobson's most famous designs and is very much in the 13th-century style so favoured by Victorian Gothic architects, with a large east window in Geometrical style. The layout is very traditional, with a nave, chancel, vestry, south porch, and bell turret.

Funds for the church were donated by the daughters of Thomas Davison, and by public subscription. The total cost of the church was 3000 pounds.

The stained glass windows in the west wall of the nave depict the Christ Child in the Temple and the raising from the dead of Dorcas. In the south wall are windows depicting three Northumbrian saints; Cuthbert, Ethelburga, and Aidan.

The windows were donated by Anne reed in memory of her parents. The figure of St Cuthbert has a direct connection to Otterburn. When the monks carrying Cuthbert's relics fled from Lindisfarne to escape Danish raiders, they are said to have passed through Otterburn parish before resting at Elsdon, where the church is dedicated to St Cuthbert.

The north nave windows are dedicated to Rev. Timothy Wearing, the first curate for Otterburn church. There are more very good 19th-century windows in the chancel, with glass depicting the Passion of Christ. 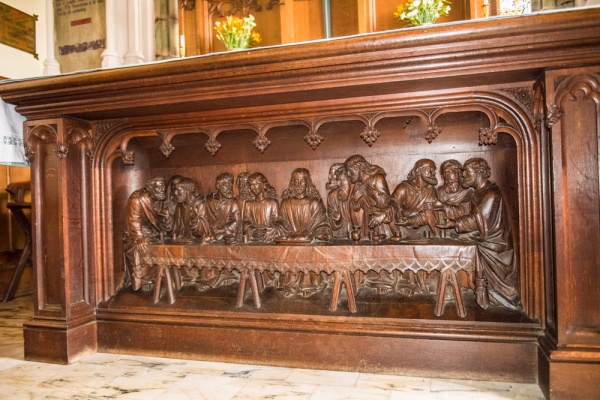 One of the oldest features inside the church is the font, which was brought here from Hexham Abbey. The eagle lectern is an exceptional piece of Victorian woodwork, made of oak and given to the church in 1863 by Thomas James of Otterburn Tower.

One of the best internal features is the altar, imported from Italy, with a magnificent carving inspired by Leonardo Da Vinci's 'The Last Supper'. The altar and the marble floor of the sanctuary were given by Sir Charles and Lady Morrison-Bell of Otterburn Hall, who were also responsible for building the choir vestry in 1910.

On the north nave wall is a Roll of Honour to those who died in both World Wars. Near the vestry door is a plaque to Cuthbert Pease, who died in 1916.

In the churchyard is a tall Celtic cross marking the grave of Howard Pease (d. 1928). Pease lived at Otterburn Tower for over 20 years and wrote numerous books and articles about the rich history of Northumberland. Also in the churchyard is the monument to Sir Charles and Lady Morrison-Bell.

St John's church is a beautiful example of Victorian architecture, set in a very pretty village. It was open when we visited. 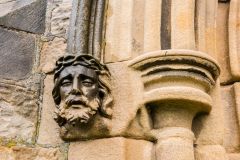 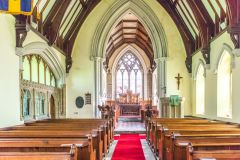 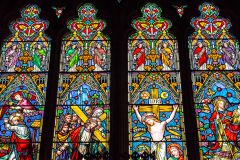 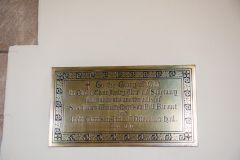 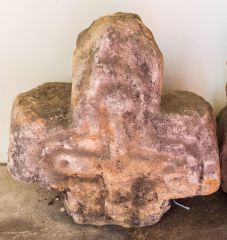