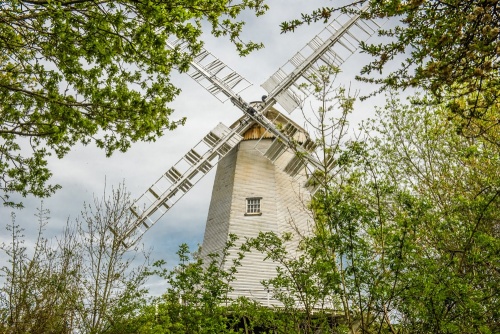 This pleasant village takes its name from the old Saxon term for a sheep pasture. It is the second-largest parish in all of Sussex, and home to a superb 12th-century church. Today Shipley is little more than a scattered hamlet, but in the medieval periods, it was larger and more important than Horsham.

The River Adur passes through the parish and during the early medieval period the Adur was navigable, making Shipley an important staging post between London and the south coast at Shoreham.

The church is dedicated to St Mary the Virgin and was built sometime before 1073, possibly by William de Braose, a powerful Norman lord who was granted the estate by William the Conqueror. In the chancel is the alabaster monument of Sir Thomas Caryll.

The church once owned a 13th-century reliquary of Limoges enamel. Unfortunately, the reliquary was stolen in 1976, but a copy is on display.

The Shipley estate passed through the de Braose family to Philip de Harcourt, Dean of Lincoln. In 1139 de Harcourt granted the estate to the Knights Templar, an order of military monks founded to protect travellers to the Holy Land. Shipley was one of the Templar's first preceptories in England.

Though the Templars owned the estate they did not live at Shipley. Instead, an estate officer managed the estate. The manager may have lived at what is now Kingsland Farm. 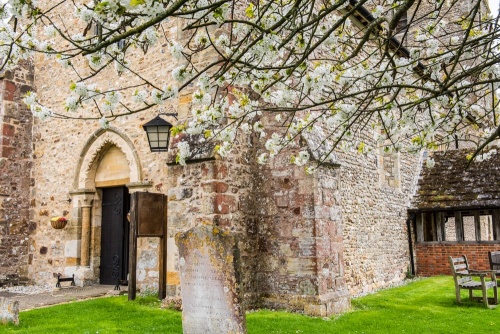 Kingsland Farm lies beside Shipley Windmill, an octagonal smock mill, four stories high, built in 1879. The mill was restored as a memorial to author Hillaire Belloc, who lived here from 1906-1953 at Kingsland, directly beside the windmill. Belloc wrote many of his most popular works while living in Shipley, including Stane Street. The mill is not open to the public, but can be viewed from the neighbouring footpath.

Another literary figure linked to Shipley is Scawen Blunt, a poet, statesman, and horse breeder. Bunt lived at New Buildings, north of the windmill, from 1895. During his residency, New Buildings became a magnet for literary figures such as WB Yeats and Oscar Wilde. Blunt died in 1922 and was buried in the grounds of his house.

Exploring Shipley is both easy and difficult; the parish is extremely large and composed of several clusters of houses, which is the difficult part. However, there is a free parking area between the church and the windmill, the most obvious targets for visitors, so that part is very easy! 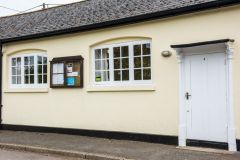 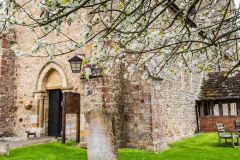 More self catering near Shipley >>

More bed and breakfasts near Shipley >>