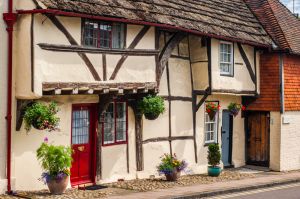 An old market town on the South Downs. Unusually, we know pretty much exactly when Steyning began (if we are to believe old tales!). It seems that the 8th-century saint, Cuthman, was journeying through Sussex, pushing his invalid mother before him on a cart.

He was passing Penfolds Field when a wheel broke on the cart. Workers in the field refused to help, and Cuthman cursed them, whereupon it began to rain heavily.

The saint took this as a sign that he was to settle in this location, and this he did, building a simple timber church on the site of the current parish church. St Cuthman's church is believed to be the burial place of Ethelwulf, father of Alfred the Great.

The manor of Steyning was owned by Alfred, and the king established a royal mint here. The town was once a busy harbour, but when the River Adur silted up, the emphasis shifted from shipping to the regular markets held here.

The old core of Steyning has a large number of historic buildings, including many from the medieval and Tudor period. Among the historic buildings is the Old Grammar School, founded in 1614 by William Holland, and occupying a set of 15th-century buildings. Steyning Museum, on Church Street, houses exhibits telling the story of the long history of Steyning and the area.

Steyning provides an excellent base for both riding and walking on the South Downs, and many people use it as a holiday base for exploring the area. 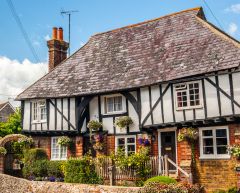 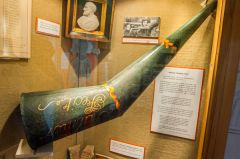 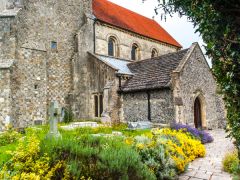 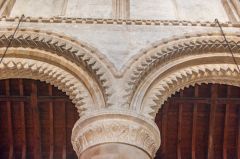 More self catering near Steyning >>

More bed and breakfasts near Steyning >>