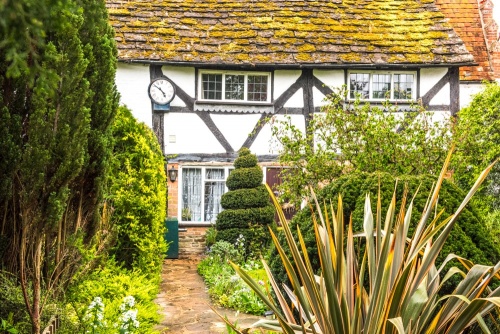 A timber-framed cottage in Wisborough Green

An attractive village set in beautiful countryside. Wisborough Green has a superb medieval church, dedicated to St Peter ad Vincula. The oldest part of the church appears Norman, though one theory has it that the building was originally a Saxon castle keep that was later expanded into a church.

This theory is given some weight due to the sheer size of the doorway, which is tall enough that a man on horseback might indeed ride through the opening!

Wisborough Green church was a popular pilgrimage destination in the medieval period, as it housed religious relics ranging from a hair shirt, comb, and the bones belonging to St James. It also possessed a crucifix into which was set a crystal containing a drop of the Virgin's milk.

The church is one of 96 listed buildings in the Wisborough Green parish, and the only one listed Grade I (the other 95 are all listed Grade II). 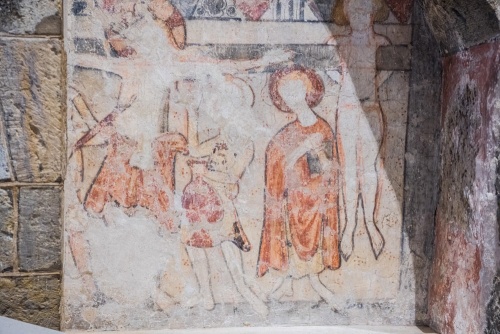 One of those is the popular Three Crowns Inn, opposite the large village green. The oldest part of the Three Crowns dates to at least the 17th century, if not earlier, and is timber-framed. Also opposite the green and playing field is The Cricketers Arms pub, built in the 18th century.

There is a village store and a teashop on Billingshurst Road (the A272).

The parish is largely rural and stands between heavily wooded ground to the west and the low-lying floodplain of the River Arun to the east. The parish has always had a strong agricultural heritage, with most of the arable land held by several large landowners.

The village first appears on the stages of recorded history in 1227, in correspondence between Henry III and Church authorities. The king granted Wisborough Green the right to hold an annual fair, dedicated to St Peter Ad Vincula, and to hold a market every Thursday. The fair and market helped bring the village a degree of prosperity throughout the medieval period. 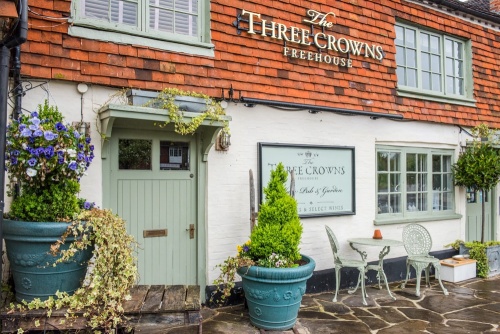 Wisborough Green was transformed by industry in the 18th century and place-names such as Furnace Wood and Glasshouse hint at this industrial heritage. a window in St Mary's Church is dedicated to the Huguenot glass workers who made the village their home in the late 16th and early 17th centuries.

The village has strong links with Canadian soldiers stationed at nearby Hawkhurst Court in WWII. Many of the Canadians died in the Dieppe Raid, and their loss is commemorated in an annual ceremony held in August.

Five miles away is Petworth House, a medieval manor house rebuilt in the 17th century by Charles, Duke of Somerset (known to history as 'The Proud Duke'). Petworth House was begun in 1151 by the powerful Percy family, Dukes of Northumberland, and was home to the Percys for over 500 years. The house is full of beautiful furniture and fine art, and features superb woodcarving by Grinling Gibbons. It stands in lovely parkland laid out by Capability Brown for the 2nd Earl of Egremont. 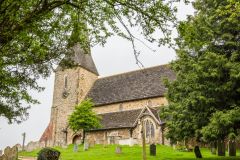 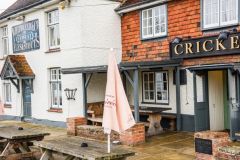 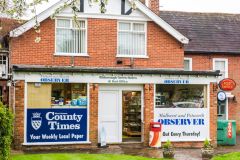 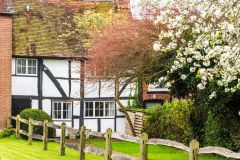 More self catering near Wisborough Green >>