HERITAGE HIGHLIGHTS:   The garden follows the course of the Roman walls of Canterbury 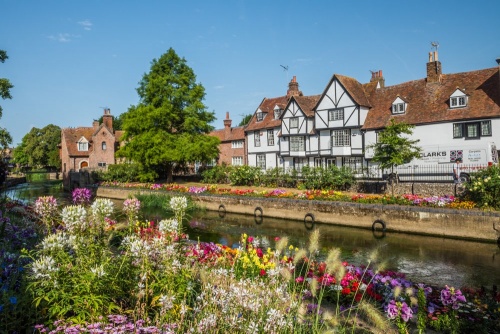 Westgate Gardens and the River Stour

Westgate Gardens is an attractive public garden laid out along the banks of the River Stour, at the west end of the old city walls of Canterbury. At the northern end of the gardens is the historic West Gate to the city.

Immediately beside the park entrance is the Church of the Holy Cross, a 14th-century building that originally formed part of St Gregory's Priory. Since 1972 it has served as the city Guildhall, the seat of municipal government.

South of the Guildhall is Tower House, an early Victorian building owned by the City Council. This was formerly owned by Catherine Williamson, the first female mayor of Canterbury. After her death, the house was presented to the city, and it now houses the Mayor's offices. 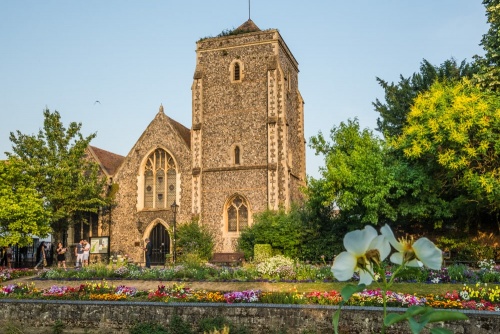 The gardens follow the course of the Roman city wall. There are no traces of the wall today, for during the Civil War the walls were destroyed and the stone plundered for building projects.

During the summer months, visitors can take punt trips along the River Stour from a slipway across from the garden. 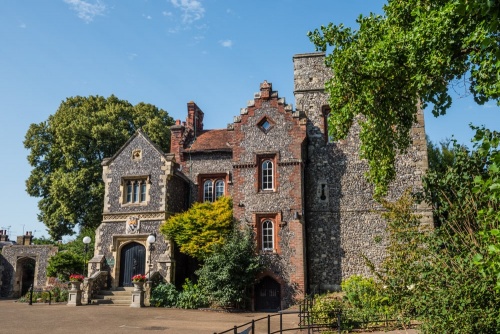 In the gardens is an old medieval archway which may have been brought here from the ruins of St Augustine's Abbey.

A plaque in the garden marks the site of the old Roman London Gate. 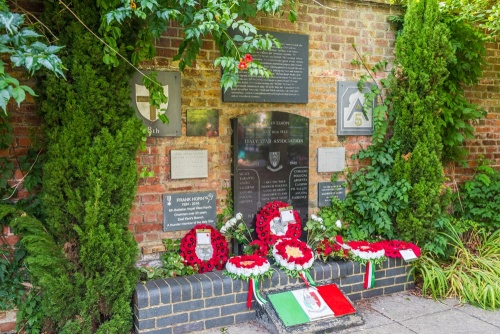 This stretch of land along the Stour has a long history as a garden; in the 15th century there were no less than five gardens and a hay meadow here. There was constant bickering and several court cases between the residents and the Prior of Christ Church over ownership of the land.

In 1500 the Mayor and residents seized the area by force. They were charged and tried before the Court of Star Chamber. The mayor and his adherents made sure of winning their case by spending lavishly to bribe lawyers, and the case was decided in the city's favour!

In 1641 Cromwell's army destroyed the last surviving bit of city wall within the garden. 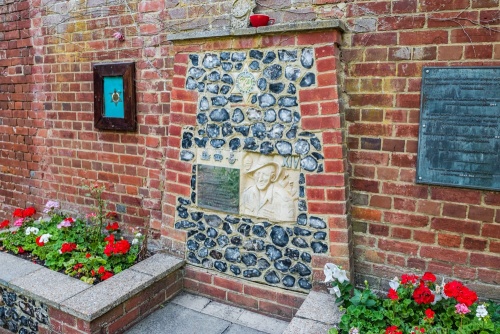 A stone's throw away is the Italy Star Memorial, erected in memory of the 18,000 Commonwealth soldiers who lost their lives in the Italian campaign of 1943-45. It was erected by the Italy Star Association. 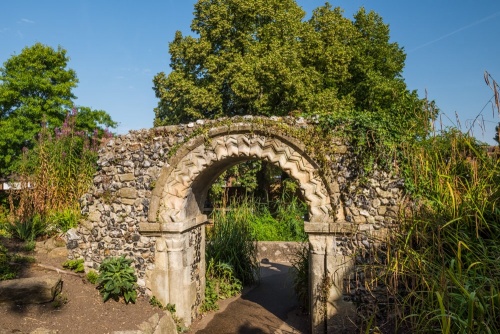 If these two memorials are relatively recent, the next historic site is quite a bit older; near the park's southern boundary two parallel series of stones across the path mark the course of the Roman road of Watling Street, which crossed the River Stour here. The actual Roman road is buried a metre under the ground level, but an area of stone 'metalling' is exposed beside an information panel. 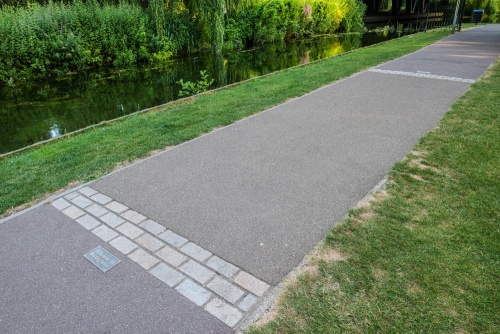 The site of the Roman Watling Street

If you continue past the southern end of the garden into Westgate Parks, you come to a striking sculpture of a bull, crafted by local artist Steven Portchmouth. The sculpture commemorates the industrial and agricultural heritage of Tannery Field, the site of a tannery for many years. 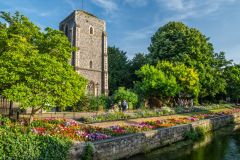 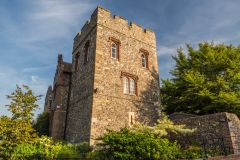 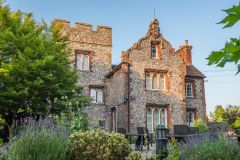 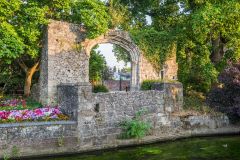 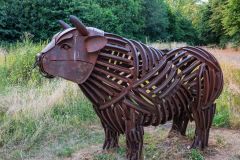 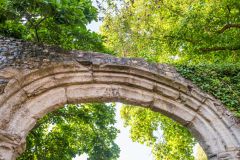 More self catering near Westgate Gardens >>